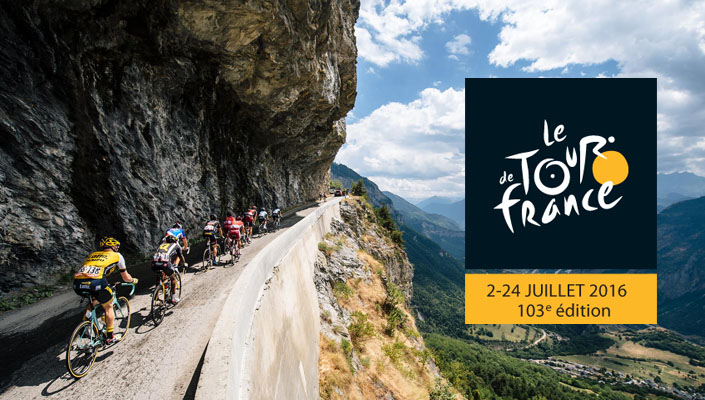 The 2016 Tour de France is right around the corner. Who will take the champion's yellow jersey?
image: letour.com

It's Tour de France time again, and it seems as though the race organizers have a fantastic three weeks in store for us. We'll go on the record early: BikeRoar predicts this year's race will all come down to the final two mountain stages on days 19 and 20, where the riders who have survived the first grueling weeks of the Tour will tackle the famed uphill finishes of Saint-Gervase Mont Blanc and the unforgiving Col de Joux Plane.

Early on the riders will tackle two relatively short time trials and some savage, but short climbs peppered with exciting downhill finishes. This should make for some great racing, nail-biting sprints, and the opportunity for the peloton's best bike handlers, such as Peter Sagan and Alberto Contador, to showcase their skills; it will also mean that, given the variety of the terrain and finishing conditions, it is unlikely that a clear GC (General Classification) favorite will emerge during these early stages. 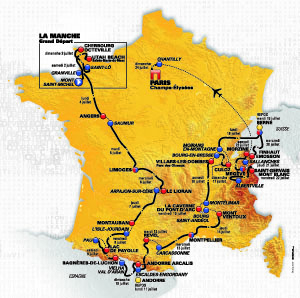 Starting on Saturday, July 2nd, the 103rd Tour de France is made up of 21 stages and will cover 3519 kilometers. The race visits Spain, Andorra, and Switzerland before finishing in Paris on the 24th of July. The 23 days of 'Le Tour' are made up of:

The Favorites in Focus 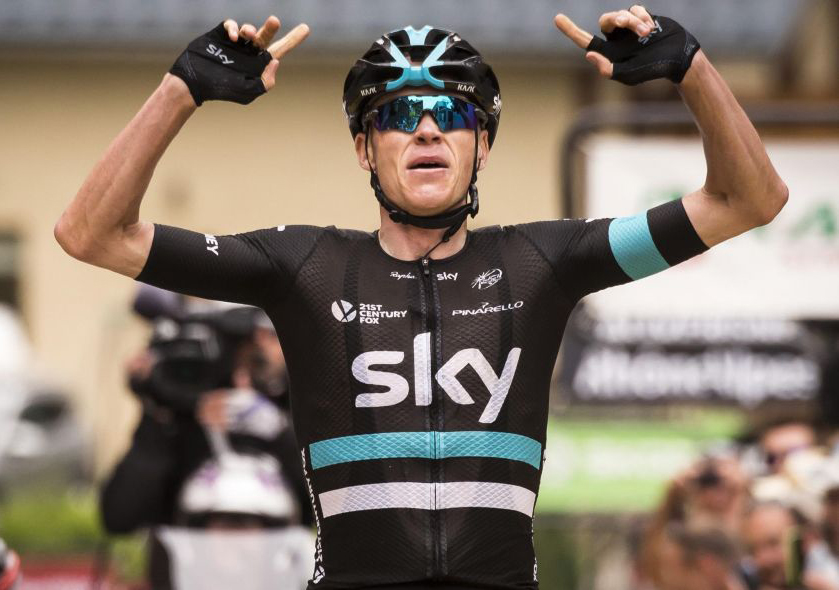 Defending champion Chris Froome (Team Sky) has been in somewhat indifferent form in the first half of 2016 - however, his clinical victory in the Dauphiné, where he simply rode his rivals off his wheel on the stage 5 summit finish, indicates that he is finding form at the right time. The technical nature of the first week or two of this year's Tour could force Froome, with his notoriously poor bike-handling skills, to ride conservatively before unleashing his horsepower in the final mountain stages.

Colombian climber Nairo Quintana (Movistar) narrowly missed out on snatching the Tour's yellow jersey from Froome's shoulders last year, and in 2016 he no doubt plans to go one better. He kept a very low profile early in 2016 before revealing his form at the Tour de Romandie, where he dispatched all his rivals, including Froome, in emphatic fashion, then went on to win the Route du Sud with a powerful 150km solo breakaway.

RELATED: What the Pro's eat in a day on Tour

Alberto Contador (Tinkoff) once again showcased his consistency in the early part of 2016, racing the Volta ao Algarve, (3rd overall, 1 stage win), Paris-Nice (2nd overall), Volta a Catalunya (2nd overall), Vuelta al País Vasco (1st overall, 1 stage win) and the Critérium du Dauphiné (5th overall, 1 stage win). Despite this busy timetable, Contador has actually cut down on his race days relative to the last couple of years and is determined to come into July fresher and hungrier than ever. The 7-time Grand Tour winner doesn't have too many years left at the top and seems absolutely committed to riding away with his third maillot jaune.

Other cycling commentators are touting Fabio Aru (Astana) as a GC contender in 2016. At BikeRoar we're a bit more reserved - he failed to finish in both the Route du Sud and the Amstel Gold Race earlier in the year, and was outside the top 10 in the Critérium du Dauphiné and Volta a Catalunya. However, he has reportedly had a brilliant training camp at altitude and will go into July fresh and fit. We put him forward as a possibility for a podium spot, but very unlikely to grab overall victory. 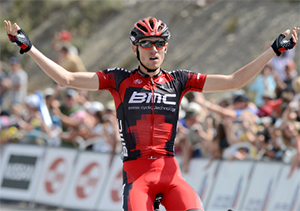 Last year we predicted that American Tejay van Garderen (BMC) would be the rider to shake things up in the peloton, and he did just that until being forced to withdraw due to illness during Stage 17, where he was sitting in third place overall. With stage wins in the Tour de Suisse, Tirreno-Adriatico, and Vuelta a Andalucía this year, he looks to be in solid form and should once again be a force to be reckoned with heading into Paris.

Alongside van Garderen will be newly-signed BMC team mate Richie Porte. The Australian has picked up podiums at Paris-Nice and the Tour Down Under, with other notable performances in the Dauphiné and Catalunya in 2016, and after his planned absence from The Giro d'Italia in May, should be fresh and fit when the Tour kicks off from Mont-St-Michel on July 2. He has clearly found some form, as he was the only rider capable of staying with Chris Froome on the first serious mountain stage at the Dauphiné. It will be interesting to see how BMC will handle having two legitimate GC riders on the books: one assumes that both riders will go for early wins or high-placed finishes, and whoever is looking best-placed after two weeks will assume the mantle of team leader for the final week into Paris. 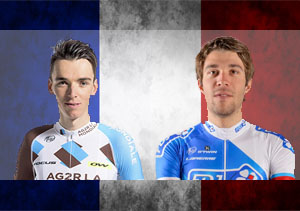 The French cycling fans will be hoping countryman Romain Bardet (AG2R-La Mondiale) can break the curse and finally keep the yellow jersey in France. (The last French 'compatriote' to do it was Bernard Hinault in 1985.) With 42 days of racing in 2016 under his belt, Frenchman Bardet should be well prepared, and unlike the other French favorite Thibaut Pinot, is well known and respected for his consistent performances.

There are so many obstacles to overcome while pursuing the win at the Tour de France and no one rider is a sure bet, but if we are to wager anything, this is how we think it will go down:

And because we love hedging our bets, we make a Wildcard prediction: 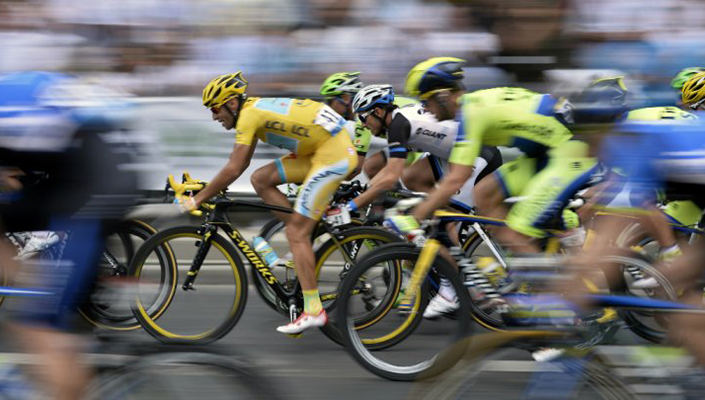 The race for the maillot jaune jersey in 2016 is looking like it will be exciting!
image: awdnews.com

The Race for the Green Jersey 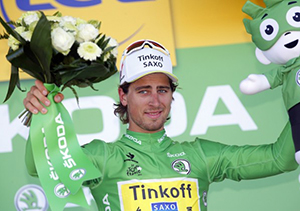 Can Peter Sagan win the green jersey in 2016?
image: cyclingweekley.uk.com

The green jersey, awarded to the race's best sprinter, has been won by current World Champion Peter Sagan for the past four years. Can he win it again? Absolutely - that is if he wants it. The only thing stopping him could be his desire for stage wins - Sagan has openly said he will sacrifice green jersey points in exchange for the glory of chasing wins on the cycling world's biggest stage. 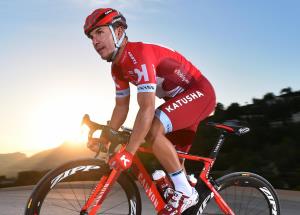 The title of the greatest climber in the Tour de France is more wide open than that of the Sprinter's classification. Rafal Majka, the winner of the Climber's classification in 2014, is an early favorite, as is Team Sky's Chris Froome - Froome won both the yellow and polka-dot jerseys last year. With fewer points up for grabs than last year, and those points spread over more mountain-tops, this race is definitely up for grabs for a smart, calculating climber. Our pick? Team Katusha's Joaquim Rodriguez. 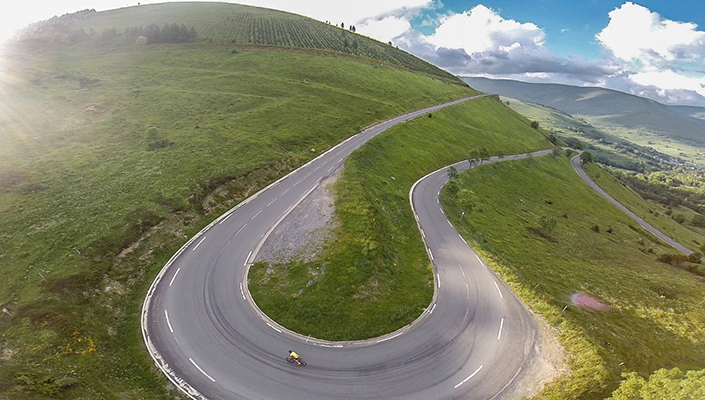 The infamous Col de Peyresourde is on course for TdF 2016
image: thecolcollective.com

Stages 1 and 3 are all for the sprinters - keep an eye on the rampaging Marcel Kittel to take maximum points here.

Stage 8 is possibly the hardest day of the Tour, where riders must tackle the Tourmalet, the Hourquette d'Ancizan, the Val Louron Azet, and finally the infamous Peyresourde. After fighting their way up these four monster climbs, the riders dive at breakneck speed into the finish line in Luchon.

RELATED: How to descend safely on a road bike

On Stage 10, leaving Andorra, watch out for the new breed of climbing sprinters - Sagan, Matthews, and Degenkolb - who will probably have identified this stage as a potential win.

Stage 20, from Megève to Morzine, could be the deciding stage for the whole race for both GC riders and those chasing the sprinter's green jersey. This is the final chance to attack before the ceremonial parade into Paris the next day: with four tough climbs and some tricky descents, this stage could steal the show. 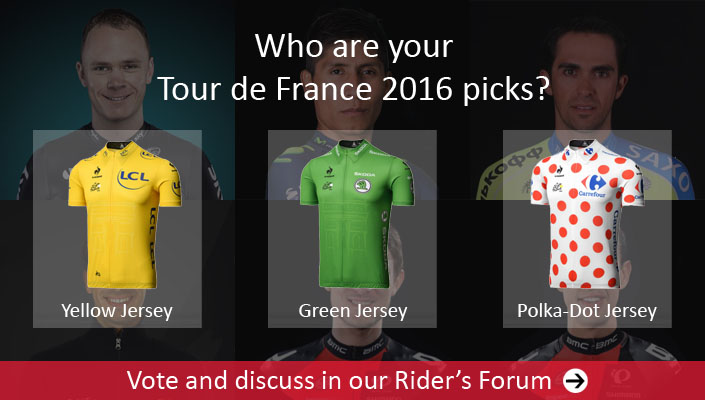 BikeRoar gives you 10 great reasons why you should be a spectator at... READ MORE