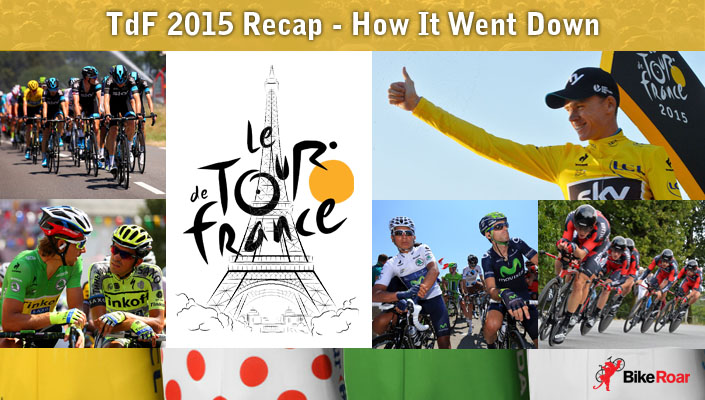 Many casual cycling fans find it difficult to grasp the idea that cycling is definitely a team sport: for those clinging to the illusion that it's not, this year's version of Le Tour was a wonderful education.

It was, really, a tale of four teams – Team Sky, with overall winner Chris Froome at the helm, Team Movistar, who took out the remaining two places on the podium, Team BMC, and Tinkoff-Saxo. 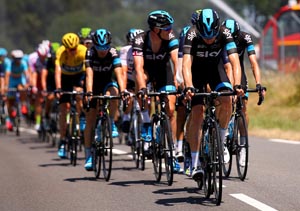 Team Sky came into the Tour with one focus and a simple but effective strategy: Chris Froome was in it to win it and every other member of Sky would fall on his sword to help make it happen. Nobody could fault their planning or execution – Froome was close to invincible, and his soldiers in Porte, Thomas, Stannard, and company were remarkable in their dedication and discipline. The only shortcoming was in their PR department. Egged on by a skeptical French cycling public, many members of the cycling media questioned Froome's performances as being too good, implying strongly he may have had chemical assistance. These accusations are often leveled at any rider not from France, so rather than being offended and refusing to engage in any discussion on the subject of drugs in sport, perhaps Dave Brailsford and his management team would have been better served by addressing the issue openly, and maybe – just maybe – giving the public some access to Froome's power files. They did grant this request in the end, but it was so heavily censored as to be useless and only fueled speculation there may be something to hide. Let's hope not. 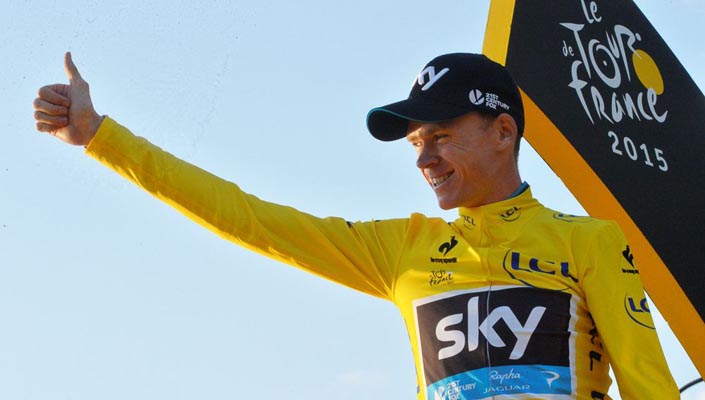 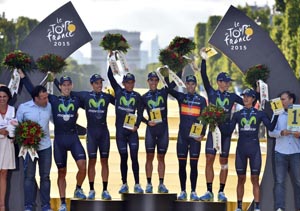 The Movistar team came into the race with their focus on diminutive Columbian climbing god Nairo Quintana. The plan appeared to be to use former Grand Tour winner and team mate Alessandro Valverde as a kind of slingshot, dragging Quintana up the slopes toward the summit, then unleashing him for the final assault on each mountain. It nearly worked (Quintana finished 1:12 behind Froome), and in the process it also catapulted Valverde into third place overall. No doubt the hierarchy at Movistar would trade a second and third place for a win, but it was still a highly successful Tour. 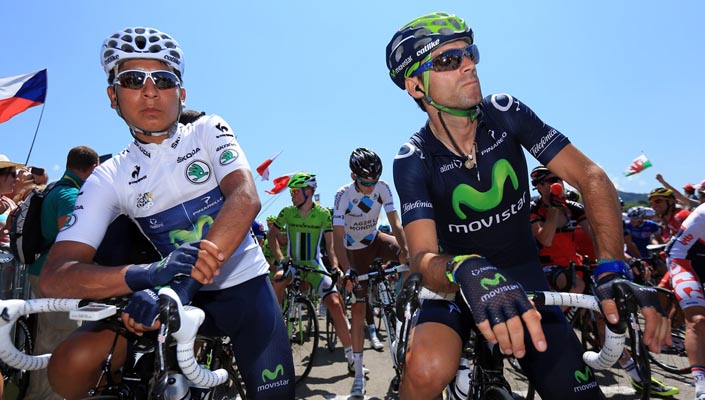 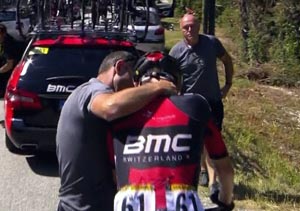 Team BMC, led by American Teejay van Garderen, were poised to have their best Tour since Cadel Evans won the yellow jersey in 2011. They won both the individual Time Trial on the opening stage when Rohan Dennis destroyed his opposition, then took out the team version of the event in Stage 9. Van Garderen was poised in third place overall and looked remarkably comfortable until he was forced to abandon during Stage 17. Van Garderen had apparently been suffering from the flu since Stage 13, but thought the worst was behind him until halfway up the Col de la Colle Saint-Michel, when he started shaking uncontrollably and was visibly struggling to stay on his bike. While this was obviously a very disappointing result, the team can take solace in the fact that they did everything right in the lead-up to the race and during the first two weeks. No doubt they will regroup and come back stronger, and perhaps with a backup plan – van Garderen's departure meant the rest of the team had nothing to ride for and nobody capable of taking over as team leader. 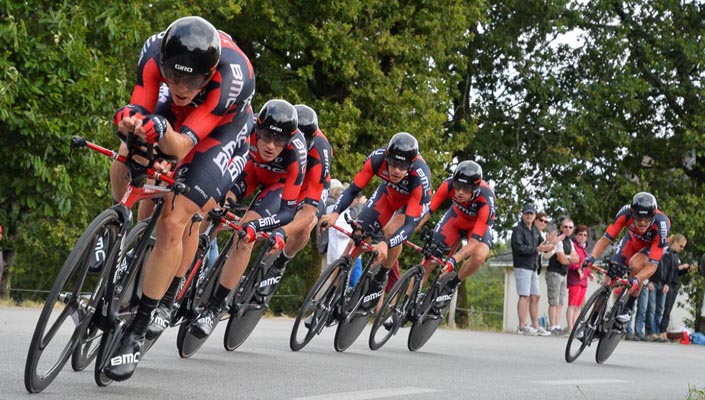 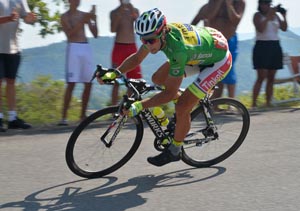 Tinkoff-Saxo came into the race with two legitimate superstars on the roster – multiple Grand Tour winner Alberto Contador and sprinting all-rounder, the larger than life Peter Sagan. Contador struggled from the outset and it soon became obvious that the Giro d'Italia / Tour de France double was too big an ask (the Spaniard won the Giro, cycling's second-biggest event, in May). Sagan, however, lit up the Tour. He found his way into nearly every breakaway, attacked constantly, descended with reckless abandon, and simply stole the show as he earned his third consecutive sprinter's Green Jersey. Chris Froome may have taken away the ultimate prize by winning overall, but it could be argued that the Tour belonged to Sagan. 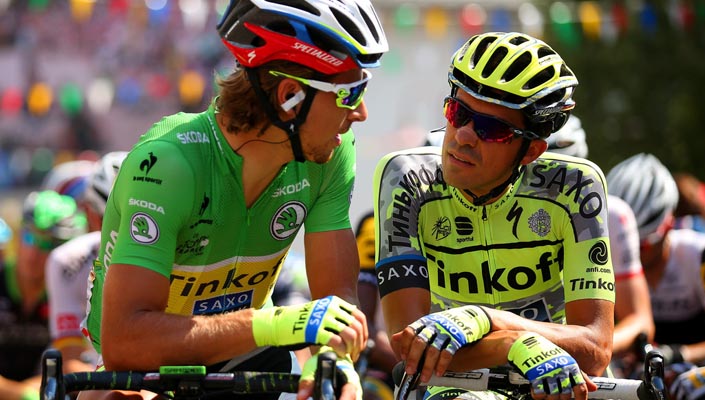 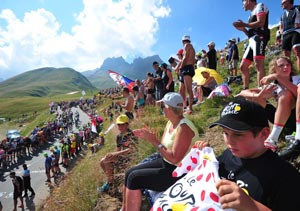 Even though it was apparent almost from the outset that Froome and Sky were the dominant forces, it was still a wonderful Tour. The weather and scenery were as spectacular as ever, and the battles for the minor podium places and individual stage wins were great to watch. The behavior of the crowds was at times unruly and disrespectful, but that is part of the beauty of the Tour – it's free, anyone can turn up to watch and as a spectator you're right there in the action. Throw in some genuine rivalry and dislike between Froome and last year's winner Vincenzo Nibali, and some truly mesmerizing crashes, and you have an awesome three-week cycling journey filled with action and desperation. Can't wait for next year! 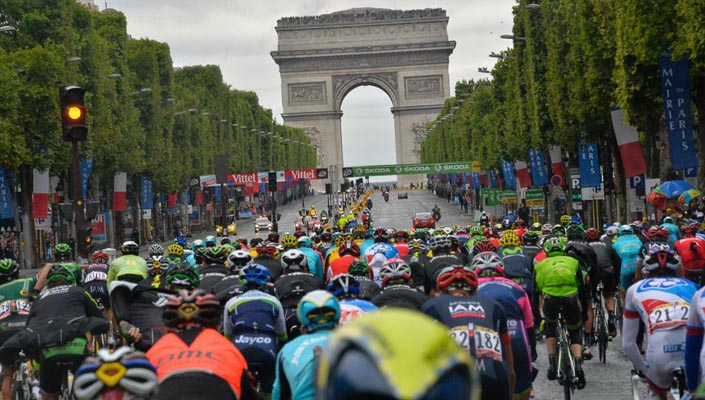 Chris Froome and his Team Sky have made the race their own this year, consistently taking charge of the peloton and dictating the pace and tactics of the journey to Paris. The big contest has been for the minor placings, with Quintana, Nibali, Valverde, Contador, and van Garderen all grinding themselves and their teams into exhaustion in an effort to climb onto the podium... READ MORE