Racer or not, is it safe to buy a road bike with disc brakes? 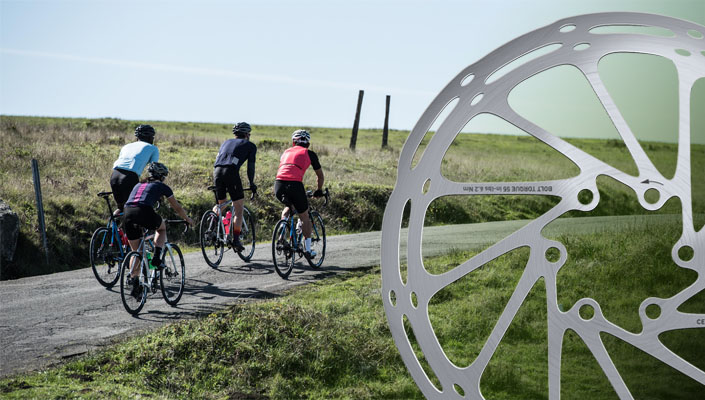 You don't have to be a racer to wonder if a road bike with disc brakes is the right choice.
image: sram.com

Almost as fast as road disc brakes fell onto the scene, they vanished from the peloton after the "alleged", and somewhat knee (shin?) jerk reaction of injured Movistar Team rider Francisco Ventoso after his shin got butchered in a crash during the Paris-Roubaix Classic. While all of this is up in the air, two big questions are on a lot of people's minds: Will the UCI give road disc brakes another chance? And for the rest of us unsponsored riders, since there are already several road bikes currently on the market with disc brakes, is it safe to buy?

What is really going on? Will the UCI resume Road Disc Trials?

As much as I want to believe there are no politics involved in a sport I am so passionate about, it's a professional sport and you can be certain that if money is involved, so are politics. That said, when such strong opinions are coming from every direction, eventually, more often than not, the greater good is met. When Movistar Team rider Francisco Ventoso got mauled at Paris-Roubaix and wrote an open letter stating, "...disc brakes in its actual concept are giant knives, 'machetes' when crashing against or crashed by them at a certain speed", anyone that was the least bit suspicious of disc brakes on a road bike suddenly joined the band of haters. 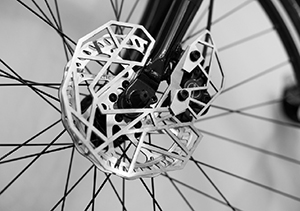 Well, since then, there has been an overwhelming amount of suspicion that Ventoso may have over-reacted before all of the facts came into play. As we pointed out in our previous article on road disc brakes, the exposed area of the disc's sharp edge and where the injury occurred do not seem physically possible and to add insult to (the) injury, none of the rider's from either team using discs said there was any contact with Ventoso. Many speculate, (including myself) that it likely came from a chainring or another sharp edge.

Regardless, the UCI did not hesitate and halted the use of road disc brakes, (rightfully so), until they investigated a little deeper as to the risk vs. benefit on road disc brakes in competition. Though the internet has been buzzing about the UCI might be starting up the road disc brake trials again soon with some possible (and likely obvious) modifications, I spoke with UCI's Press Officer, Louis Chenaille, and he had this to say:

"The test was suspended following a request to do so made by teams and riders through their representing bodies - after the injuries suffered by Movistar Team rider Francisco Ventoso at Paris-Roubaix Classic. We are continuing to evaluate the situation in close collaboration with riders, teams and the industry."

He also stated that there is no set timeframe as to when they may or may not resume the trials. What do I really think? I think we will definitely see road disc come back to the peloton. There are too many benefits that outweigh the few (overly-exploited) drawbacks. I could talk all day about the physics of braking and debunk any concern for anyone, including the most seasoned pro has as to why disc brakes are better, but who wants to hear that broken record again? The bottom line is that they perform better because they are much more consistent in all riding conditions and allow rims to be built better since they will no longer have to incorporate a structured braking surface. I do hope and suspect the UCI requires the discs used in competition to have a duller edge and since pretty much every regulation has to be handled from the manufacturer, it is likely we will see a "road specific" disc with that duller edge. This might bump the cost up since it likely adds a step in the manufacturing process of the disc, but I doubt it will be much if any.

Well, what choice do you have? 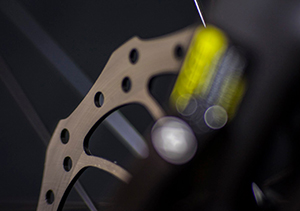 Let's say you're in the market for a road bike and don't have any uber expensive carbon "rim brake only" wheels laying around to influence your purchase. Should you spring for disc brakes? Or play it safe and stick to what has been stopping bikes for over 100 years? Bicycle disc brakes have been around for a couple of decades now, so why are we just now seeing them on road bikes? Well, back to the good ol' UCI. When it comes to manufacturing bikes, companies have to remain as efficient as possible and a large amount of their marketing is done through sponsored riders and teams. People want a bike like or similar to what the pros ride and it's rare to see a lesser spec'd bike get better components - disc brakes in this instance - especially when the components are more expensive and require a special frame and fork to be manufactured. That would drive up the cost of the lesser bike too much to compete.

Well, as soon as the UCI initially tested road disc brakes and later approved all teams to use them during a trial period, manufacturers sprung into action producing race-level road bikes with disc brakes... many even giving you a choice within the same model. Specialized's Tarmac race bike as well as their more comfortable Roubaix come in both rim and disc brake options, Trek's Domane endurance racers come in both variations as well, and all but the entry level model of Giant's Defy & Liv Avail endurance road bikes have disc brakes. Even Pinarello's Dogma F8 and Colnogo's V1 race & CX-Zero EVO bikes offer both should you choose something with that European flare. From what I can tell, if available in a frame set, there is little to no price difference between the disc and non-disc variations. I suspect that we will only see an increase in the number of road bikes available with disc brakes, and close to an equal decline in the number of road bikes with rim brakes. Manufacturers would love to keep offering both, but they hate these near impossible forecasting periods during a transition in innovation and will eventually phase out the lesser of the two within a certain price range.

Check out these disc brake bikes

In the meantime, should you go disc on your next road bike?

As I shield myself from the backlash I know still holds a strong stance on the subject matter, I am going to say you should definitely put disc brakes at the top of the list on your next road bike whether you're racing or not, (though be wary of any rules that may apply depending on current restrictions within the governing body you race under). They work better in wet conditions, they don't heat the rims up to tubular glue melting levels on long hairy descents, and have a much more consistent modulation than rim brakes. They also don't pulsate if your rim becomes slightly out of true or you damage the rim's braking surface on a pothole. The only drawbacks, other than having to acquire new equipment based on your "carbon wheelset needs", is that the hydraulic versions are a little harder to maintain... though being a sealed system with zero cable drag no matter the conditions I feel more than makes up for it. 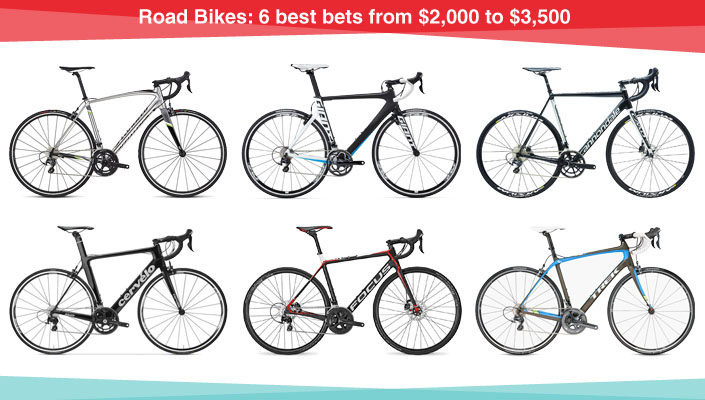 Looking for a new entry to mid level road bike?

BikeRoar has you covered with 6 of the best road bikes for... READ MORE

If you are looking for a new challenge, the Haute Route may be it

BikeRoar first hand look at what it takes to ride the... READ MORE