Are road disc brakes a menace or a blessing? 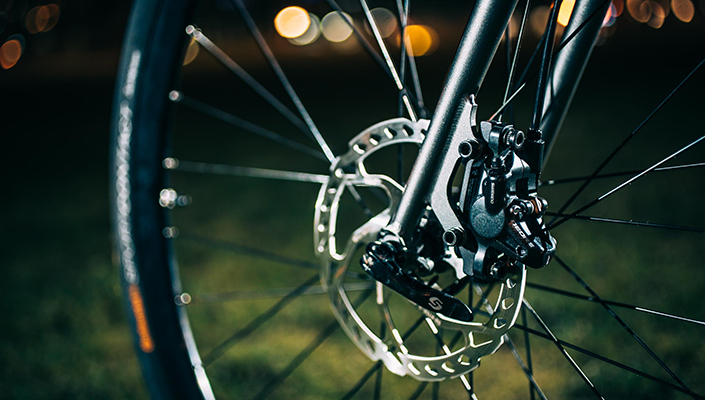 Disc brakes on road bikes - is the reward worth the risk?
image: cotic.co.uk

While advancement in technology is either welcomed with open arms, shunned with opinionated resistance, or quietly accepted once used, not often is it feared. Road disc brakes is one of the worst-best things to happen to cycling since Spinaci Bar Extensions (mini aero bars racers tried to get away with in road racing during the 90's), and Softride beam bikes, but are road disc brakes as bad as people are making them out to be? We've heard (and seen) the drawbacks, but what about the benefits? Is there a "greater good" that we're missing? 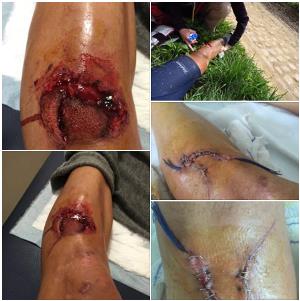 Let's start at the top - top level racing that is. As soon as the UCI announced that it would allow widespread use of disc brakes to be "tested" during the 2016 season, (as a trial before they are to be "officially" accepted), there was both cheers and jeers from both riders and the general public alike. Some teams joined in on the disco dance, all was well, and the commotion died down for a bit. That is until an untimely crash during the Paris Roubaix a few weeks ago where Francisco Ventoso (Movistar) claims the massive cut to his shin was caused by a disc brake during a crash he was involved in.

Ventoso's injury lead to the UCI placing an almost immediate ban on disc brakes, adding fuel to the fire for all those initially opposed. It gets even trickier as there has been some controversy surrounding the injury as some are suspicious that the location and direction of the cut could not have been caused by a disc brake and the only two teams using disc brakes, Team Energie and Lampre-Merida, both said none of their riders reported an incident involving Ventoso. Needless to say, there are are as many arms up in the air as dollars over this since many companies have produced many of their top tier components, bikes, and wheels around disc brakes.

So why would you want disc brakes in the first place?

The simple fact is that disc brakes stop things better. From motorsport to industrial machinery, the disc brake is a stand-alone system that is independent from other components. It eliminates having to compromise another component's (a rim), design and performance in order to perform a secondary task. Let's face it… road brakes have not changed in a little over 100 years. They are essentially a clamping system that is designed to use an existing piece of equipment that was originally designed to hold the tire rather than a stand-alone system like that found on... well, about everything else with wheels. Sure, rim brakes work and the whole "if it ain't broke don't fix it" may apply to most applications, but like any other high end piece of sporting equipment, you use the best most advanced technology available.

Though increased braking power may exist, (if you squeeze it too hard), disc brakes are more about consistency and modulation (braking limits are most often related to the the tire's minimal contact patch, not the brakes themselves). Disc brakes react the same in wet or dry conditions, they are much more resistant to fading when things really heat up, and no matter how un-tru the wheel is, the braking will not change, (with rim brakes, even a slightly un-tru wheel will cause the brakes to "pulse" making braking sketchy… especially in wet conditions). So on paper as well as in (some) real world conditions, disc brakes work better… right?

The bad and the ugly of disc brakes

Discs have been the standard in mountain biking for a long time now and have recently made it onto the cyclocross scene. Without looking past the trees, most would assume road was next... just because. Well, they were right. But why? No one was complaining about rim brakes since pad options for carbon wheels have improved significantly, (though many would say still not as good as an aluminum rim), and those that race that may be in the market for a new bike don't want their expensive wheel collection to become obsolete.

So just because something works for one similar thing doesn't always mean it does for another, and that is becoming the dividing line to the argument of "discs are fine on mountain and cross bikes so they should be fine on the road". Road bikes are often ridden and raced in groups that remain in close contact to stay in "the draft" vs. virtually completely separated. When a rider goes down on a mountain or cross bike, it rarely causes a pile up. On a road ride or in a race, if one rider so as much touches another, a horrid chain reaction begins and everyone caught beside and behind them are at a high risk for going down in a pile-up. 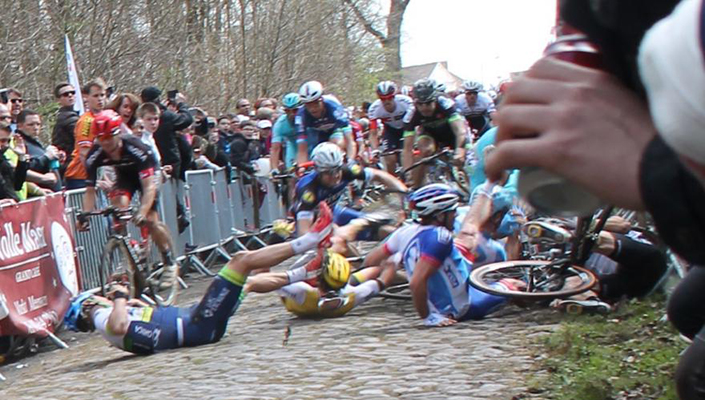 Injuries sustained in this crash in the 2016 Pairs-Roubaix race were blamed on disc brakes
image: road.cc

One argument is that the additional braking power will cause riders with disc brakes to stop quicker than those with rim brakes, thus amplifying the chances for a pile-up. Having personally ridden road disc and rim brakes back to back, it was no different than getting on another road bike with a slightly different setup (different brand brakes, pads, and wheels) - you figure things out pretty quickly. In the wet, this may play out a little different as disc brakes perform the same while rim brakes' performance is significantly reduced. On one hand, having to scrub your speed in the wet coming down a steep hill because you don't want to reach the "point of no return" speed can be frightening with rim brakes. Disc brakes give you a far more positive and predictive feel to modulate the brakes in this situation. However, disc brakes may have a better chance of locking up the wheel and sending you (and everyone around you) to the tarmac.

Oh yeah... those discs are sharp! I've cut myself loading my bike on the rack, so coming into contact with one in a high speed pile-up would surely do some damage. Factoring that in, there is a "big picture" question that needs to be answered. "Do disc brakes prevent more crashes and injuries than rim brakes, and does that outweigh the (isolated?) risks of having disc brakes?

Pick one disc brakes position and be a jerk about it

The controversy of road disc brakes won't be going away anytime soon and there may not be a right or wrong answer in the end. If measures are taken to "shield" riders from the blade like discs by requiring a guard of sorts, (there are rumors floating around we might be seeing these soon), it may come down to preference. We may also see a trickle down effect where the UCI permanently bans them, causing manufacturers to stop producing high-end bikes and components to support them, thus making them obsolete for competitive use. Then again, over time disc brakes might be accepted and even phase out rim brakes in the (far) future. Only time will tell.

If you are looking for a new challenge, the Haute Route may be it.

BikeRoar takes a firsthand look at what it takes to ride the... READ MORE

Looking to change things up on your road bike? Maybe you should try running wider tires.