UCI Part 2: Radios, swords and saddles - the controversial rules of the UCI 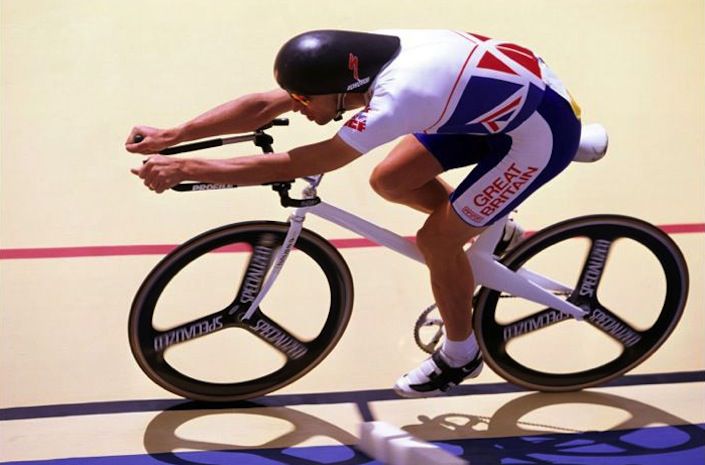 The International Cycling Union (UCI) has set forth its share of controversial regulations over the years. In this second article about the governing body we have a look at three recent rules that caused a fair bit of frowns in the peloton.

CATCH UP: UCI Part 1 - The history of cycling's unifying body

To say that the UCI haven’t always seen eye to eye with the professional cyclists and team owners would be an understatement. The two have gone head to head on countless occasions since the UCI was formed about 110 years ago. In this article, we take a look at a selection of the more recent rule changes that have caused pro riders and team owners to tear out their hair in frustration.

All quiet on the peloton front 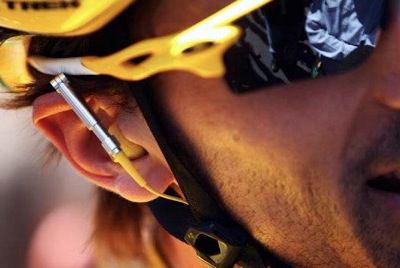 Things came to a head when managers from many of the leading teams attended a UCI meeting in Brussels where the use of radios were discussed. After a heated exchange of words, the team managers in effect walked out.

A team manager who did not want to be identified told Cyclingnews:

“They don't want to listen to us. They want to decide and tried to give us a talk about the history of cycling and the bicycle. It was a joke.”

Since then the UCI have tried to enforce the rule at certain events, but the situation has devolved into a Mexican standoff. The use of radios is currently blocked in most events, including the World Championships, but is allowed in WorldTour races. 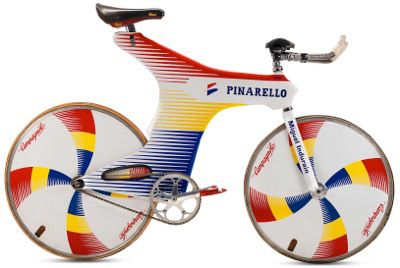 The sight of a single rider in a fight against him or herself and the clock, aerodynamically gliding along the tarmac at incredible speeds, is a fascinating sight. Few riders embodied this like Miguel Indurain, who won the Tour de France several times, largely due to his time trialling on top of the ‘Sword’ bike built by Pinarello. The bike had as much in common with a regular race bike as a potato peeler has with a samurai sword, and was soon outlawed – an experience other time trial experts, like Chris Boardman and his Lotus bike, have also tried.

Obree could be described as the quintessential British inventor - making his own bikes. His first bike, named ‘Old Faithful’, famously used bearings from a washing machine. Obree’s riding position on ‘Old Faithful’ looked very strange, but smashing the hour record in 1993 showed that it worked. For a couple of years Obree and Boardman battled for the hour record, which generated a fair amount of publicity. This might be what led the UCI to have a look at Obree and his bike, before deciding that his riding position was illegal. Obree worked around this by finding a new riding position, dubbed the ‘Superman’ position because of the way he rode with extended arms. Again, the UCI had a look. And banned this as well.

Morale of the story: The UCI are really concerned with how you sit. 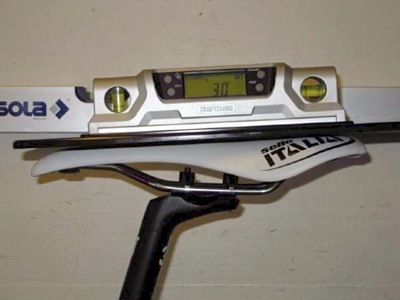 This also became apparent in cycling’s very own ‘gate’, which involved a bunch of irate riders and team leaders on one side, and the UCI’s officials equipped with Article 1.3.014 (and spirit levels) on the other.

Basically the story behind this scandal is as follows:

The UCI had, in a rule change known as Article 1.3.014, decided that saddle supports should be level. Everyone in the professional peloton nodded and promptly ignored the rule change. And so did race commissionaires.

Until the second stage of the 2011 Tour de France, that is. Here UCI, without warning, turned up in force with spirit levels and got down to work, ensuring that saddle supports were all horizontal. This meant that many riders had to change saddle positions minutes before the race start.

The measurements were quickly called into question by riders and team owners, who pointed out that there is no way of measuring the plethora of saddle types used by pro riders with the same system – for example, it’s very difficult to tell if a saddle is level if it has a cut out or valley in the tail.

Of course, this left some riders and team owners feeling less than happy about the UCI. For example:

“This is bullshit. I’ve never seen something like this before. Bullshit.”

Later the UCI changed their stance on level saddles, and there is now some wriggle room. Saddles have to be within three degrees of perfectly level.

What are some of your favourite bonkers rules or scandals that the UCI have been involved in? Let us know in the comments below...