Electric mountain bikes: The next generation 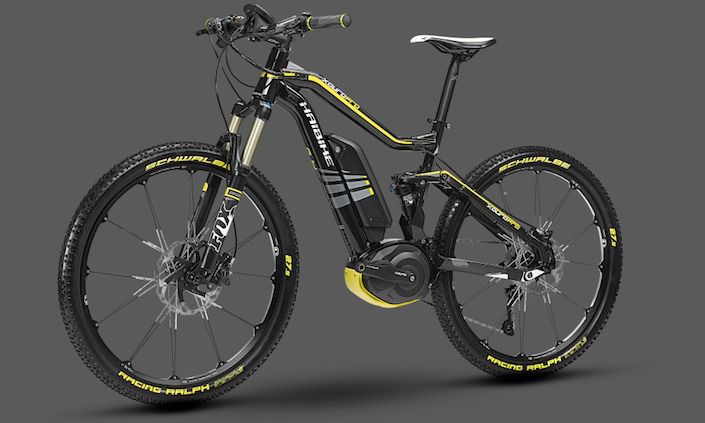 Electric bikes have been in use for many years, mainly by urban cyclists as a commuting option or just an inexpensive and easy way to negotiate the city environment. In some cases they have even made cycling available to people who are unable to ride because of either a physical disability or just lack of willingness to break a sweat!

This sounds fine, although the reality is that the earlier generation of these bikes suffered from large, heavy and inefficient battery cells and bulky motors with little power. In short, they sorta sucked!

As technology improved we started seeing lighter weight Lithium batteries with enormous power reserves and easy charging. This, in turn, allowed much more powerful motors to be used plus a drop in weight and bulk. Now electric bikes might actually be worth a look.

Still, this trend has largely been a European phenomenon. Many cities throughout Europe are bicycle friendly and there is a complex cycling culture that is perfectly suited to the introduction of electric bikes. Cities in North America and, to a lesser extent Australia, are designed more around vehicle traffic, as a result cycle commuting is on a much lesser scale.

So this brings us to mountain bikes. The latest trend in electric power is off-road hardtail and dual suspension mountain bikes. I was fortunate to ride both at Bootleg Canyon, Nevada and came away with a grin and a question...

The two brands I rode were the Kreidler and Haibike, both German companies.

On paper the Kreidler's look like your average mountain bike: Shimano XT drivetrain, Magura forks and hydraulic brakes, Schwalbe tires, a choice of 27.5" wheel dually or 29" hardtail, and Haibike goes even further. But we really want to check out the motor....a Bosch 36 volt Performance unit with a nominal capacity of 350 watts. That's lots. That's as much as a typical pro cyclist can sustain for any length of time, and you have it on tap without much effort! 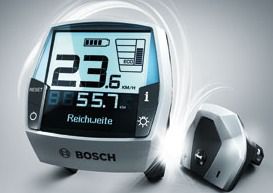 Riding Trails With a Motor

On the trails the weight sitting below is immediately obvious, the bike felt very heavy, because it is. A standard motor and battery will add at least 5kg to a bike and potentially a lot more. Even with all that power it was like having to learn how to ride all over again. The weight made the bike perform unlike any other I've ridden and really took some getting used to.

The other immediate problem was that with all that weight I just couldn't ride playfully. There is no flicking the rear end around and forget about getting any "wheels in the air" time. No matter how hard I pushed, the bike just planted itself on terra firma. For me riding a mountain bike is about the relationship between the bike, the suspension, pedaling and the trail. I felt removed from this relationship and became a passenger. 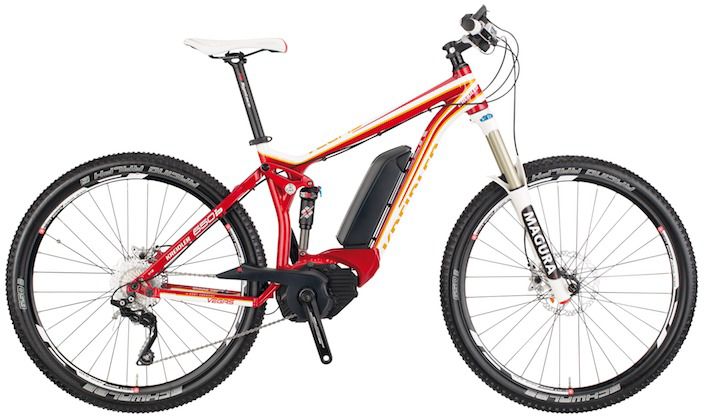 Was it all bad? Well, no. It was a real hoot dropping into a biggish gear and pedaling through corners. When the motor kicks in there is a terrific surge as a couple of hundred watts of power immediately goes through the wheels, like driving a car round a tight bend with cruise control engaged. That was fun! Also coming to a steep pinch that I had been riding all day (and starting to dread) I rode up it like a rocket lifting off the pad! This was awesome and inspired me to do another couple of laps of the singletrack circuit.

I handed the bike back with a big grin - it was a lot of fun.

In spite of these positive experiences I still feel that electric mountain bikes have a way to go before really taking off in popularity. They aren't cheap at all ($4,000 - $5,000 at the time of writing) and in a market that is very much about weight, handling and other purist cycling qualities, they don't really match. For a little more money you could buy a DeVinci Atlas SL (or the RC for less) that we recently reviewed ,which is light weight, handles superbly, has multiple XC and trail uses and basically feels like an extension of the rider.

I think for me that is the bottom line. I always felt like it was me sitting on a big, heavy bike. There was no true connection like you get when in the "flow" on a great mountain bike...the feeling when the bike disappears underneath you and you just ride. As a commuter they are awesome, WHAT A BIKE!!!

I'm not shy to admit that perhaps I am missing the purpose and point of these bikes. It is foolish to think they would ride anything like a traditional trail bike. I look forward to hearing your comments, particularly if you have bought, or are considering buying, one in the future.