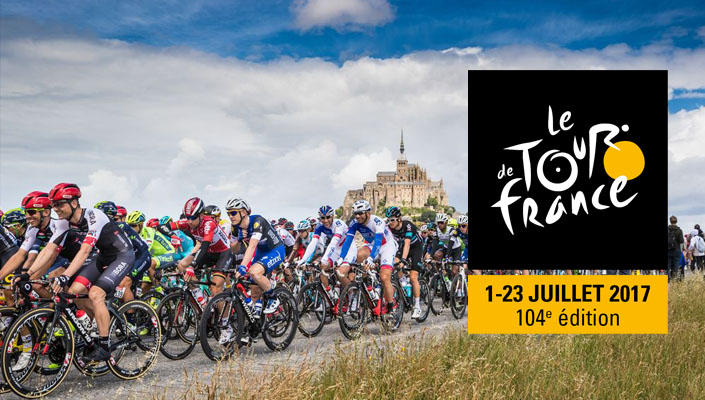 The 2017 Tour de France is almost here. Who will take the yellow jersey in Paris? photo: letour.com

This year’s edition of Le Tour will cover a total distance of 3,540 kilometers over 23 days. It begins with the Grand Départ — a 14 km individual time trial around Dusseldorf, on Saturday, July 1st. The race and ends three weeks later in Paris with a final road race on the Champs-Élysées, on Sunday, July 23rd. 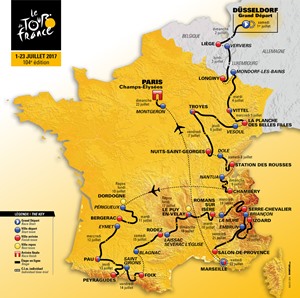 The 2017 Tour route is a controversial one, with the inclusion of new, steeper climbs in shorter, but hopefully intense, mountain stages in all five mountain regions of France. For the first time in 25 years, riders will contest decisive stages in the Vosges and Jura before heading west to tackle the Pyrenees, the Massif Central, and finally the Alps.

Once again, to the disappointment of many purists, there is no team time trial and only 36.5 km of individual time trials: the 14 km prologue in Dusseldorf and a 22.5 km around Marseille on stage 20, which could end up deciding the outcome of the entire Tour.

Stages 5, 12, and 18, are the only true mountain finishes — up La Planche des Belles Filles, Peyragudes, and the Col d'Izoard, respectively — but the official race map boasts 23 categorized climbs where points will be awarded for the polka-dot jersey and attacks are likely to be made. Despite being somewhat unconventional, this year’s race should provide plenty of excitement. The sprinters will be on show for 7 of the first 8 stages (excluding stage 5), then the power climbing and descending prowess of the GC riders and the breakaway opportunists will be on display.

As much as any year in the post-Armstrong era, the 2017 Tour de France is there for the taking for any General Classification rider willing to take risks and put it all on the line. Perennial favourite Chris Froome (Team Sky) looks as domineering as ever, along with the in-form Australian Richie Porte (BMC Racing Team), Alberto Contador (Trek - Segafredo) and Nairo Quintana (Movistar). But a number of outside chances lie in ambush, including French hopeful Romain Bardet (AG2R La Mondiale), Criterium du Dauphiné winner Jakob Fuglsang (Astana) and the evergreen Alejandro Valverde (Movistar). 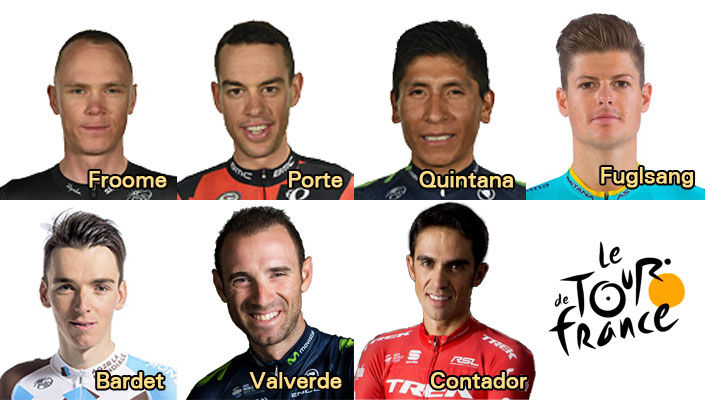 While history is on the side of 3-time winner Froome, many observers feel that Porte is in career-best form only weeks out from the race start. He was dominant at the Tour Down Under at the start of the season, finished one second behind winner Jakob Fuglsang at the Criterium du Dauphiné, rode strongly in Paris-Nice, and bested Froome in a head-to-head confrontation in the Tour of Romandie.

The Team Movistar duo of Quintana and Valverde will, as always, pose a serious threat to the General Classification at the Tour. Valverde has been flying this year. The 37-year old not only claimed victories at the Ruta del Sol, Volta a Catalunya, and Tour of the Basque Country, but also ran away with wins at La Flèche Wallonne and Liège-Bastogne-Liège. Winning on cycling’s biggest stage would be a fitting farewell for the Spanish gladiator, but it is unlikely his faithful legs will stay sprightly all the way to Paris. Quintana, on the other hand, has had a relatively disappointing 2017 due to his failure to win the Giro d’Italia in May. He has been training at altitude since then and will no doubt come in with all guns blazing. 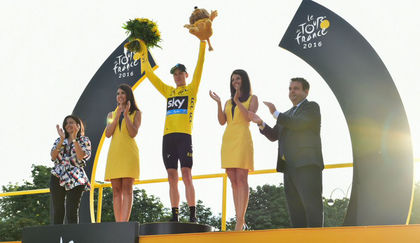 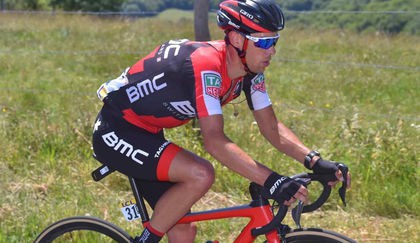 The other great Spaniard, Alberto Contador, is still a major player in the GC ranks, 10 years after he took his first yellow jersey at Le Tour. With four second-place finishes this year, he is no doubt hungry for a win. Always combative, always aggressive; expect early attacks from Contador to shake things up in the early mountain stages.

France’s great hope on home soil, Romain Bardet, is a worthy GC contender and a true talent. However, his time trialling ability is questionable, at best, and with the opening and penultimate stages this year being against the clock, it is unlikely the 26-year-old will stand atop the podium in Paris. 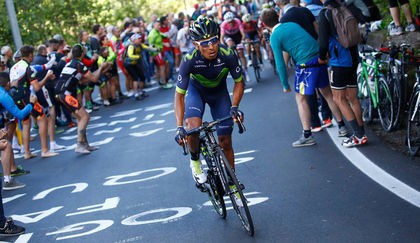 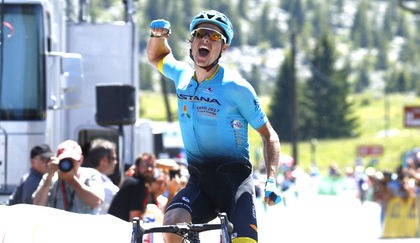 Not even Jakob Fuglsang himself would have put his name forward as a Tour contender three weeks ago, but the Dane pulled off a courageous and unexpected victory at the Dauphiné to put himself firmly in the mix. He is clearly in excellent form, and the other contenders would be advised to keep a close eye on him. However, chances are good that he may be called into super-domestique duty for team mate Fabio Aru if he finds himself behind the Italian early in the race. 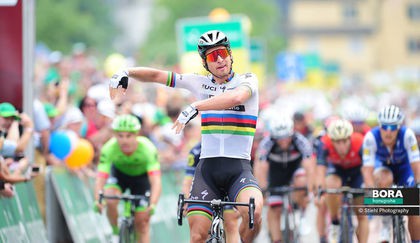 The yellow jersey is not the only one up for grabs, of course. Barring natural disaster, Peter Sagan (BORA-hansgrohe) will continue his dominance and ride away with a sixth consecutive sprinter’s green jersey. Whilst not technically quite as quick as the true sprinters such as Mark Cavendish (Team Dimension Data), André Greipel (Lotto Soudal), and Marcel Kittel (Quick-Step Floors), Sagan’s attacking style, clever tactics and uncanny ability to insert himself into winning breaks means he will outwit his opposition yet again and equal the great Erik Zabel by winning his sixth crown. 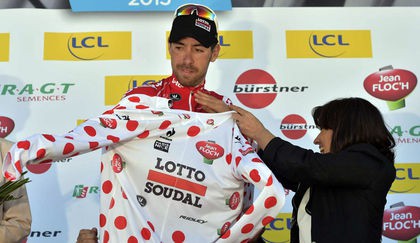 Sagan’s BORA-hansgrohe teammate Rafal Majka is certainly capable of taking out the climber’s polka-dot jersey, as he has done on two previous occasions, but he also has his sights set on a top five position in General Classification. Whilst the yellow and polka-dot jerseys are not mutually exclusive, it is difficult to see him taking either home with him this year. Instead, keep an eye on Lotto-Soudal's Thomas De Gendt. The Belgian breakaway specialist is in fine form and is eager to go one better than his second place in the climber's classification last year. 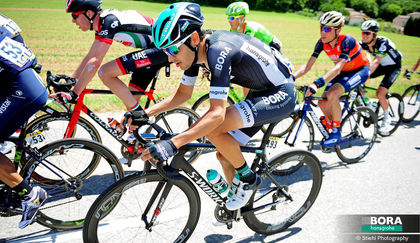 The white jersey, awarded to the best young rider (under 25) has in the past been won by some big names, including Alberto Contador, Andy Schleck, Thibaut Pinot, and Nairo Quintana. This year, watch out for Peter Sagan’s other BORA-hansgrohe team mate Emanuel Buchmann. The young German will be riding in support of Rafal Majka, but should rack up enough points to take out the white jersey at the same time.

What to Watch For 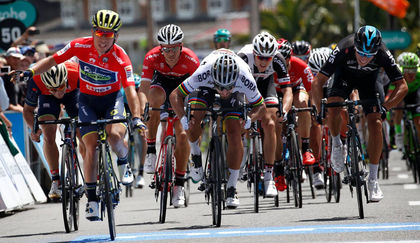 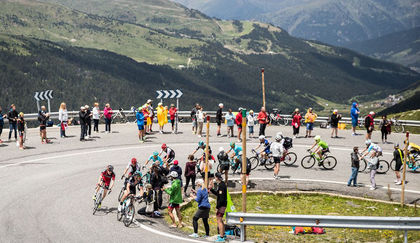 Watch out for Cavendish, Kittel, Greipel, and Michael Matthews* as they go head-to-head in a sprinter’s smorgasbord during the first week, then settle in to watch the climbers attack as they try to chip away at the leader’s advantage by snapping up time bonuses, plenty of which are on offer this year. The time trialing power of Froome and Porte should give them a distinct advantage over Quintana, Contador, and Bardet – which means plenty of pre-emptive attacks in the mountains.

Our tips? The team at BikeRoar thinks that by the time the peloton arrives in Paris, Richie Porte will win his maiden Grand Tour, with Froome and Quintana rounding out the podium. Peter Sagan will take home his sixth green jersey ahead of Marcel Kittel and André Greipel, with Thomas De Gendt grabbing the climber’s crown and Emanuel Buchmann taking out the white jersey for the best young rider.

The new format promises plenty of exciting racing and perhaps a few surprises, so don’t miss a minute!

Ever wondered how professional cyclists fuel three hard weeks in the saddle? We give an insight into a 6000 calorie day! READ MORE