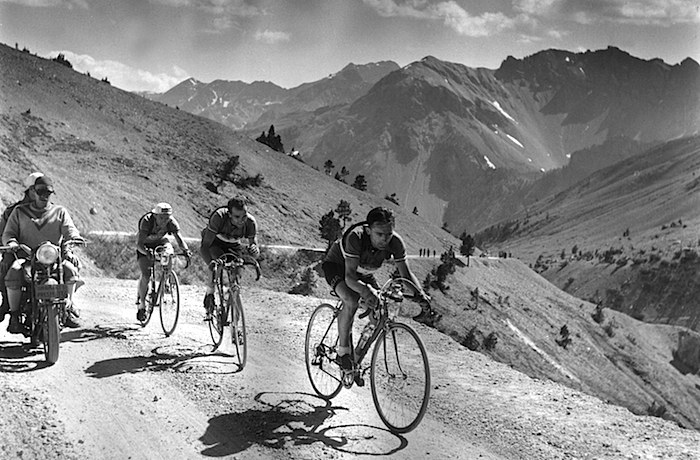 The 2013 Tour has been called a "Climber's Tour" and as this is the 100th edition it will be visiting some of the most iconic mountains in France. Indeed, as this is the centenary edition the race will remain in France from start to finish.

A lot has changed for the climbers since the early days. When the Col du Galibier was first introduced in 1911, the roads were gravel, bikes had no gears and only two riders conquered the ascent without walking.

The modern "Grande Boucle" usually visits the high mountains of the Pyrenees and the Alps and it is often these stages which decide the overall winner of the race - the yellow jersey. Since 1975 though, a polka-dot jersey has been awarded to the best climber as well.

Mountains or "cols" in the Tour de France are categorized according to difficulty. The process of deciding this level of difficulty is based on a formula taking into account the climb length, its gradient, the altitude difference from beginning to end and its position on a stage. This categorisation can also be a bit subjective.

The categories are ranked from 4 (the lowest) to 1 and then HC (Hors categorie) which is "beyond classification", meaning it is very long, very steep and very, very difficult.

They are only partially objective, so you will find many exceptions to these guidelines. 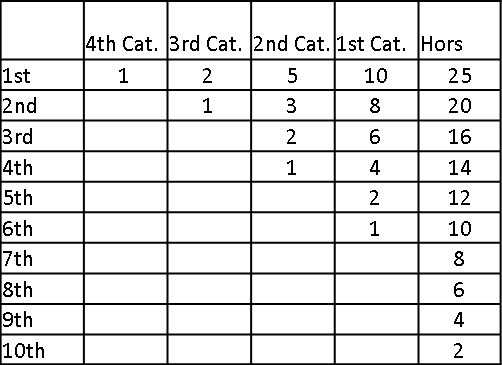 The polkadot jersey is won by picking up points on specifically marked climbs, mountain passes and mountain top finishes. It is meant to be for the climbing specialists, but can be awarded to a strong rider willing to risk all by going on the attack in a breakaway. Double points are awarded when a stage finishes at the top of a 1st, 2nd cat or HC climb. The point distribution is broken down in the table on the right.

Here are the main mountains to watch in the 2013 course: 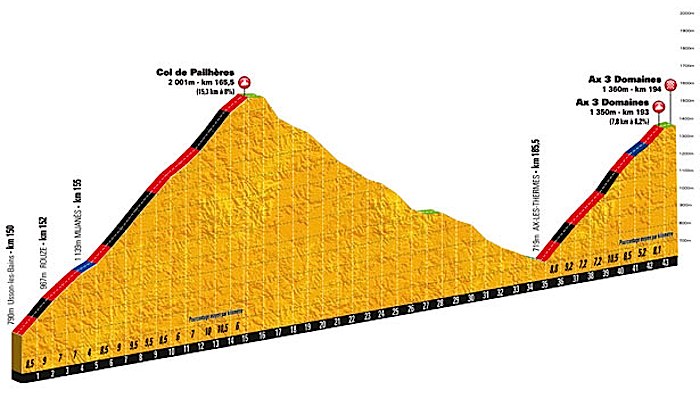 The stage continues after this to finish at the top of Ax 3 Domaines, and although a category 1 climb (7.8km @ 8.2%), being a mountain top finish means the racing will be fast and very, very tough.

The traditional Pyrenean climbs of the Col d'Aubisque and the Col du Tourmalet (the most climbed mountain in the tour - 49 times since 1947) have been left out this year and replaced with newcomers like the already mentioned Col de Pailheres. 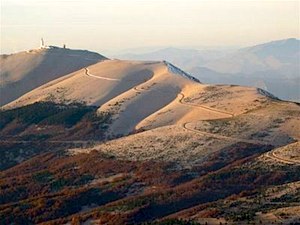 The last week of the 2013 Tour is crammed with difficult mountains, starting with the "Giant of Provence", Mont Ventoux. The lunar like summit of the Ventoux can be hot and is often swept by savage winds making this climb one of the most daunting prospects in cycling.

DID YOU KNOW?  More has been written and spoken of this mountain than any other. Tom Simpson died climbing it in the 1967 Tour and even the great Eddy Merckx needed oxygen when he collapsed at the summit in 1970. This is Hors categorie in the extreme: nearly 21km long at a gradient of 7.5%. 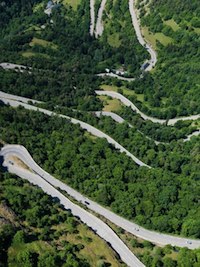 The 21 hairpin bends of Alpe d'Huez are probably the most iconic sight in the Tour bar the finish on the Champs Elysees. Every corner is marked with the name of a previous winner, and it is one of the greatest honours in professional cycling to join this exclusive club. The racing here will be hard! 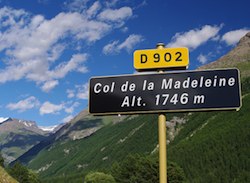 Stage 19 is huge, with 5 mountain passes (2 x HC, 2 x cat 1 and a cat 2) and a distance of 204.5 km. This is a great stage for someone willing to take a risk and get over the Madeleine first and perhaps secure the polkadots.

This year the Tour approaches from the south, making it a 19.2km climb @ 7.9% gradient. Australians will know this climb from the 2010 Tour when Cadel Evans cracked and lost the yellow jersey (although it turned out he was riding with a fractured elbow!)

An honourable mention should be given to the Col du Galibier (18.1km @ 6.9%). This is the highest paved road through the Alps and is often the highest point of the Tour. In 2011 the Galibier was crossed twice in celebration of its 100th appearance in the tour which probably explains its absence.

We often look back on the early days and marvel at the riders climbing without gears on punishing gravel roads. I think it is still just as tough, albeit in a different way. The roads are paved now and a climber's bike will weigh under 7kg, but is it easier? I reckon they still suffer...but just go a lot faster!