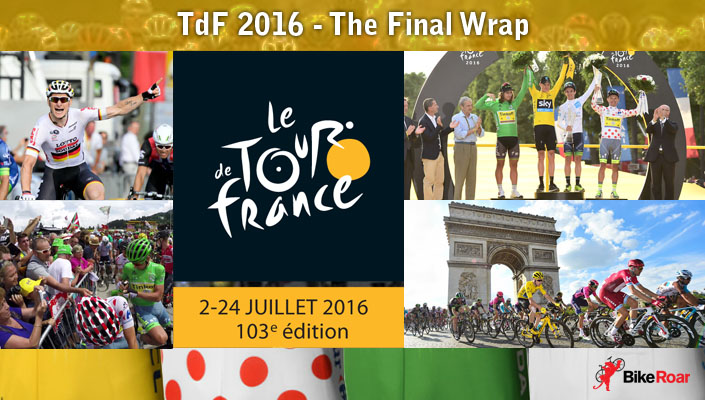 The team here at BikeRoar were right on the money when it came to predicting the results of the 2016 Tour de France: Chris Froome in yellow as the overall winner, Peter Sagan in the green Sprinter’s jersey, Rafal Majka sporting the polka-dots as the Tour’s best climber, and our wild-card prediction Romain Bardet standing in second place on the podium behind Froome. (We didn't make a call on Adam Yates in the white young rider's jersey, but you can bet he will be on our radar next year.) 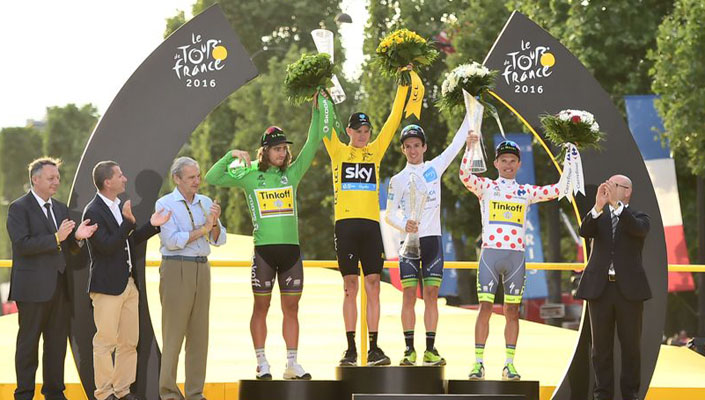 Despite us getting it mostly right, the Tour itself was far from predictable and a long way from being boring.

The re-emergence of Mark Cavendish as the world’s fastest sprinter took most of us by surprise, as did the aggression and panache displayed by Chris Froome as he methodically destroyed his GC competition. But once again it was Peter Sagan who stole the show. Awarded his fifth consecutive green jersey, the Slovakian also took out the overall award for the most aggressive rider of the entire Tour. He was in every breakaway that counted for anything, managed three brilliant individual Stage wins, placed in the top six in every single finish-line sprint of the entire 21 stages and still found the time and energy to help out his teammates in their respective quests for glory in the mountain stages, particularly Polish climber Rafal Majka, who claimed his second polka-dot jersey as the best climber in the race.

Sagan displayed his characteristic good humour throughout the three weeks of the grueling race, making time each day to chat to the throngs of fans surrounding the fluorescent pink Peter S4gan Fan Bus. He capped off the race with a valiant second place behind Champs-Élysées winner Andre Greipel.

Froome's claim of the Tour, stumbled by a crash-and-run in stage 12, was nearly dashed again by a late crash on stage 19. He slipped out on the wet painted surface of road before the final climb to the finish. Following close behind, Vincenzo Nibali also went down.

Froome would quickly get up and use teammate Geraint Thomas' bike to finish the stage, giving up some seconds to his rivals, but still holding a lead of over 4 minutes overall. Froome, bruised and scraped, was no less firmly ahead.

Nibali was able to continue and finish stage 19, too, though we would see more impact of his crash the next day. On stage 20, he fiercely rode his way up to and past Jarlinson Pantano (IAM Cycling) for the lead up Col de Joux Plane, only to have Pantano and Ion Izagirre (Movistar) bring him back before the summit. On the descent, Izagirre opened a gap and took the win as Nibali proceeded cautiously and finished third on the day and 30th in the end.

RELATED: How can I stay safe cycling in the wet? 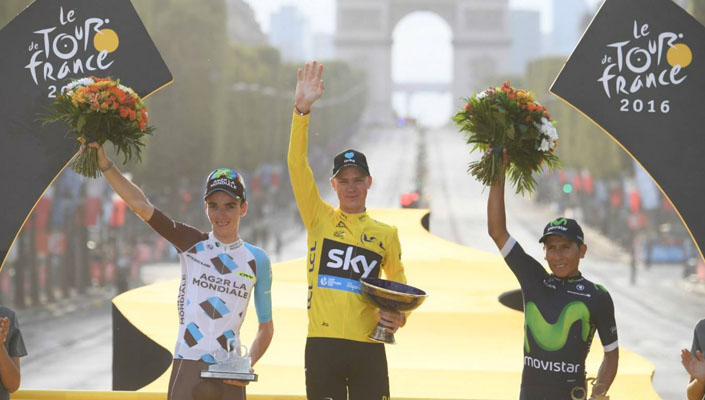 Wildcard pick Romain Bardet of France exceeded expectations by steadily working his way up through the General Classification rankings during the second and third weeks, easing past his main rivals to finish with only Froome ahead of him on the podium. Colombian Nairo Quintana of Team Movistar finished in third place overall, 16 seconds behind Bardet and 4:21 behind Froome. Quintana is nothing if not consistent, finishing on the podium (but never winning) in each of his three starts in this grandest of Grand Tours.

Australian Richie Porte was, as ever, humble and without excuses, but he was no doubt secretly disappointed at his fifth place overall. His BMC team-mate American Tejay Van Garderen also performed below expectations, finishing back in 29th place. 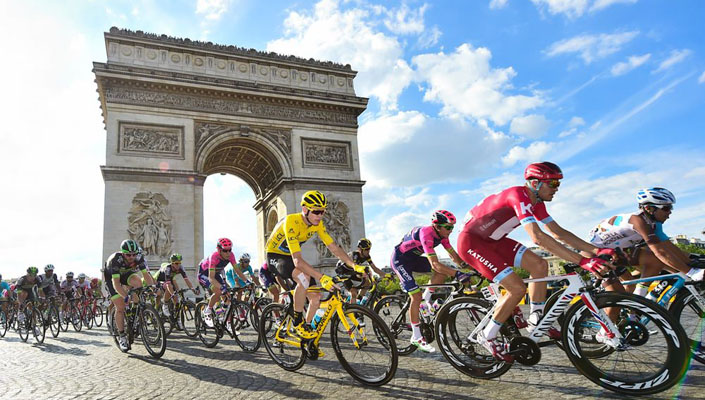 The Tour de France and maillot jaune of Froome pass by the Arc de Triomphe in Paris
image: letour.com

It was a truly fantastic three weeks of racing – take a deep breath, get some sleep, and get ready for the Olympics! BikeRoar will be there to bring you predictions, insights, and all the latest cycling news.

RELATED ARTICLE:
What the Pro's eat in a day on Tour

You've spent a lot of money on your kit, don't let it rot away in a cloud of stink!

BikeRoar gives you some tips on how you can keep your kit... READ MORE