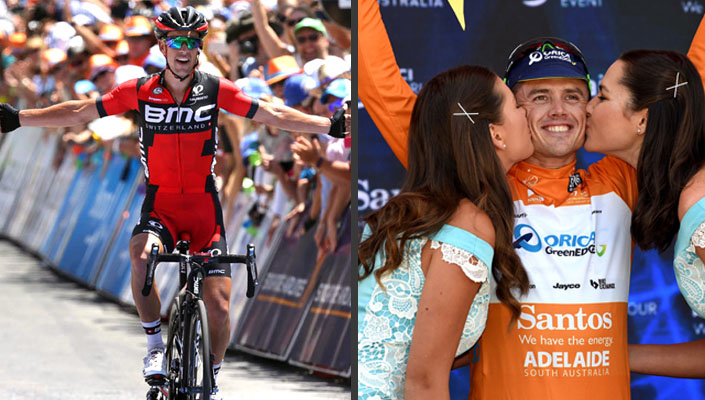 BMC's Richie Porte asserted his dominance over Willunga Hill by once again leaving everyone in his wake to storm home in Stage 5 of the Santos Tour Down Under.

Despite proving yet again that he is head and shoulders above the rest of the peloton when it comes to this particular climb - Porte has been victorious here for the last three years in a row - his emphatic win was not quite enough to give him the overall lead. Orica GreenEdge's Simon Gerrans still has that honour, and will go into tomorrow's final stage, a 90km criterium, with a 9-second advantage over Porte.

Barring accidents or natural disasters, Gerrans will finish tomorrow atop the podium for a record fourth time. 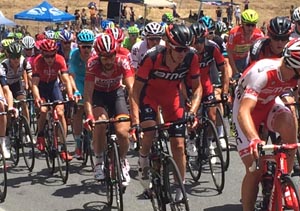 Today's stage had the crowd on the edge of their seats as a strong 4-man breakaway, led by the always-aggressive Lars Boom (Astana) established a 5 1/2 minute lead with 50km to go, and held on to be clear of the main bunch by 2 minutes as they crested Willunga Hill for the first time.

However, Porte was not to be denied, and he rallied his BMC team to drive a furious pace as they clawed back the escapees. Then with 1 km to go Porte attacked, and within 200m had surged clear with Colombian Sergio Luis Henao (Sky), the only one able to hold his wheel. However, Porte attacked again to win decisively, punching the air in triumph as he crossed the line to roaring encouragement from his legions of fans.

"It's so nice to get the first win in the BMC jersey - and a big relief. The team were incredible: they backed me all the way. I always love to notch up a win in Australia, and I seem to have quite a special relationship with Willunga Hill, so all in all I'm very happy."

Porte conceded that he would not be trying to attack tomorrow in an effort to make up the missing seconds he would need to win.

Exhausted all your local climbs and in need of a real challenge? Perhaps some of the most popular climbs in Australia will do nicely! From Tawonga Gap to Old Willunga Hill...