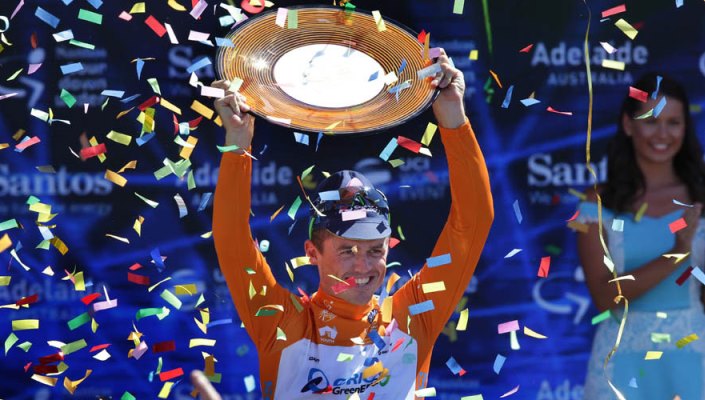 Gerrans celebrates his 2016 Tour Down Under win.
image: tourdownunder.com.au

In what has been a dominant Tour Down Under for Australia's only permanent ProTour team, Orica GeenEdge, leader Simon Gerrans was today crowned champion for a record fourth time while 21-year old sprint star Caleb Ewan proved his top-speed superiority by taken out his second stage victory.

"It's a dream result for the team- we couldn't have asked for more," Gerrans said after today's Be Safe Be Seen criterium. 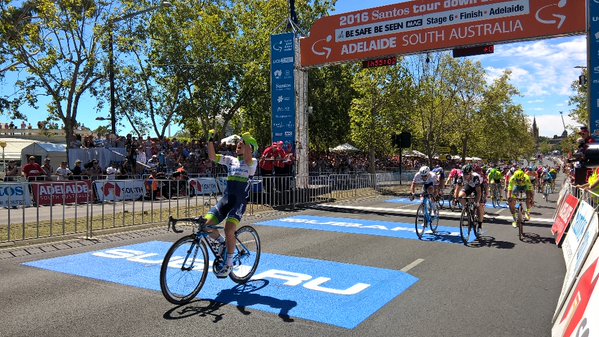 "To claim a fourth title is an amazing feeling, but of course it couldn't have happened without the awesome team I have around me. And Caleb Ewan - for him to win the opening and closing stages when he's already a marked man just proves the depth of his talent." 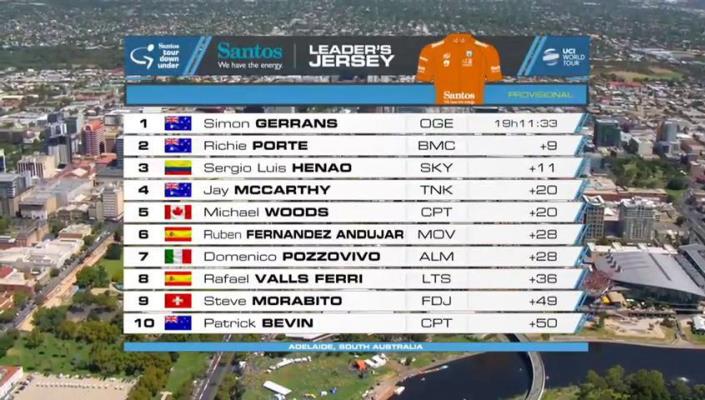 Final GC standings of the 2016 Santos Tour Down Under
image: tourdownunder.com.au

Young sprint superstar Caleb Ewan has continued to make 2016 a stellar year by taking out Stage 1 of the Santos Tour Down Under.