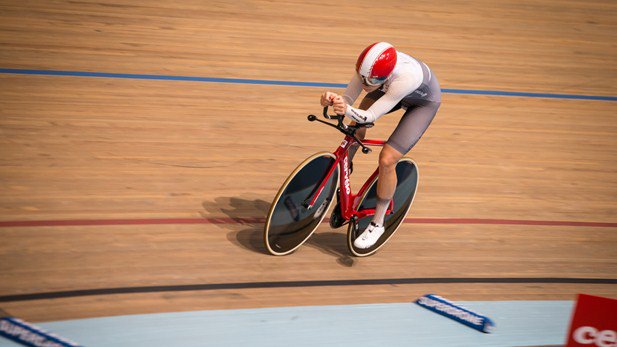 O'Donnell covered 46.882km in cycling's toughest test (see 'Sixty minutes of pain and glory' article) to take the record from American Molly Van Houweling, who set a new mark in September 2015 when she covered 46.273km in Aquascalientes, Mexico.

For the first 40 minutes of the ride she was perfectly on target, with a projected finishing distance of 46.80km, but then ramped up the pace slightly to have a projected distance of 47.05km after 44 minutes. She then dug in, gutsing out the final quarter hour to bring home the new world mark.

"It was all about planning, preparation, logistics and training", an emotional O'Donnell explained after her victory lap.

"My team and I, we knew I was physically capable of setting the new record, but a lot of what happens in this event is dictated by what goes on in your head. It's vital to stay focused, to not let anything - anything- steal your attention away. I stayed mentally strong, the conditions were perfect and the support from the crowd was amazing." 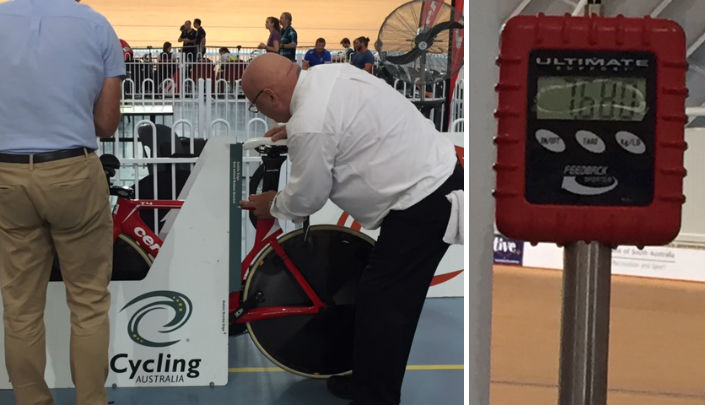 The conditions were indeed favorable, if extremely warm. The temperature when the starter's pistol fired was 32 degrees celcius (90° F) - warm enough that O'Donnell completed her entire warm-up wearing an ice vest and sipping from a frozen water bottle to keep her core temperature down. 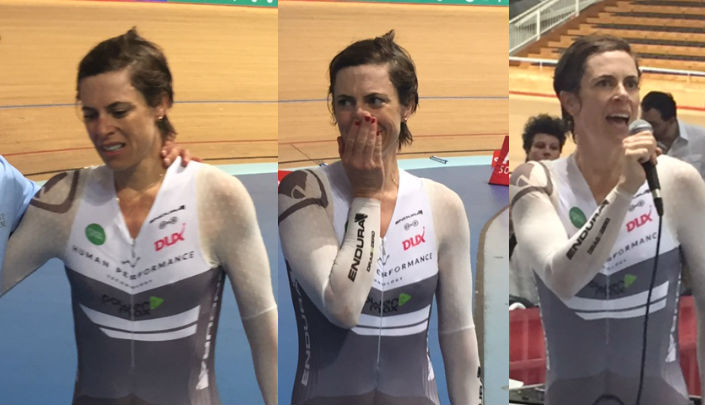 O'Donnell is tired, emotional, and thankful to the crowd after setting the new world record.
image: Marcus Speed | Bikeroar

Impressively, she was able to dismount unaided, and walked without difficulty to accept the congratulations of her support team and the crowd - this was in stark contrast to Australian Jack Bobridge, who attempted to claim the men's record in 2015. Bobridge had to be lifted off his bike and carried to the edge of the track: O'Donnell had no difficulty in rushing to hug her partner and coach, and to address the waiting media.

"I'm grateful, I'm excited and I've never been happier - what else is there to say?" 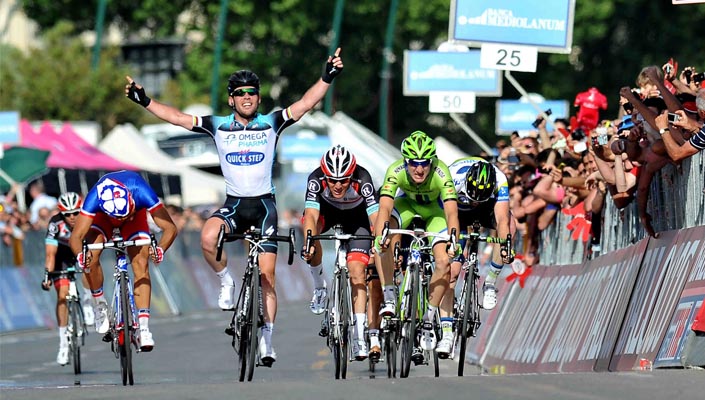 RELATED ARTICLE:
Sprint like you stole it: How to master sprint training