Jay McCarthy (Tinkoff) - From the Ground Up 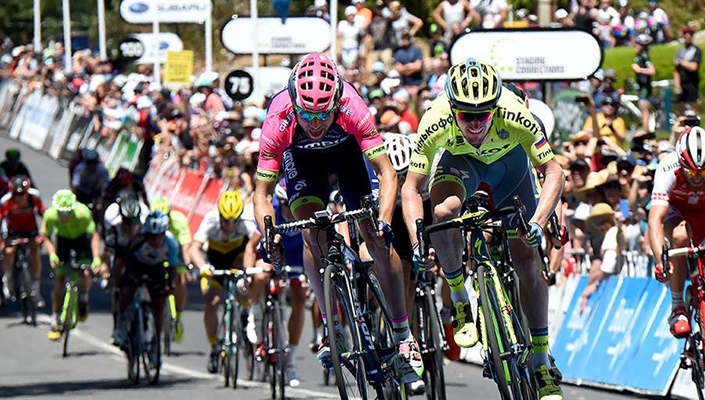 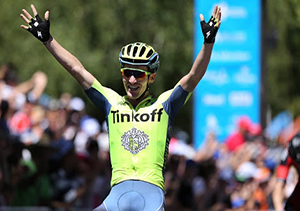 Young Australian Jay McCarthy took out the second stage of the Santos Tour Down Under, powering to victory at the hilltop finish in Stirling after successfully negotiating his way through a chaotic crash only a few hundred meters from the line.

The 23-year old Tinkoff rider snatched a 10-second bonus when he secured the win and started Stage 3 wearing the ochre Leader's Jersey. He went on to finish TDU fourth overall and claimed the young riders classification.

After McCarthy steered his Specialized S-Works Tarmac through the carnage, in addition to being ecstatic about his maiden ProTour win, he was full of praise for his teammates and his bike.

"It's just so responsive, " he said of his current bike. "There were some rough patches of road out there today too, and as usual it handled it without any problem." 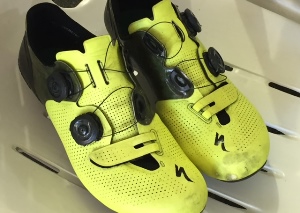 Pro riders are notoriously fussy about their shoes, particularly in the heat, and despite being a big fan of his Specialized S-Works Road Shoes, McCarthy couldn't wait to get them off and cool down.

"It was really hot out there today," he said, "and climbing in the heat, with waves of heat bouncing off the road back at you, makes it feel hotter than it really is."

On hot days such as this, McCarthy and the Tinkoff team opt for the Specialized Prevail helmet, which is lighter and provides better ventilation than the aero Specialized Evade helmet they wear in cooler weather.

McCarthy's socks, gloves, bib shorts, and jersey are all made and supplied by Sportful, one of the team's major sponsors.

He runs Specialized S-Works Turbo Cotton Black Belt tires front and rear, opting for a 24mm on the back and a slightly narrower 22mm on the front. They are affixed to Roval Rapide CLX 40 wheels. Helping him stop - or at least slow down - are Shimano Dura-Ace brakes. The groupset is all Shimano Dura-Ace Di2, except for the S-Works FACT carbon 52/36T crankset. 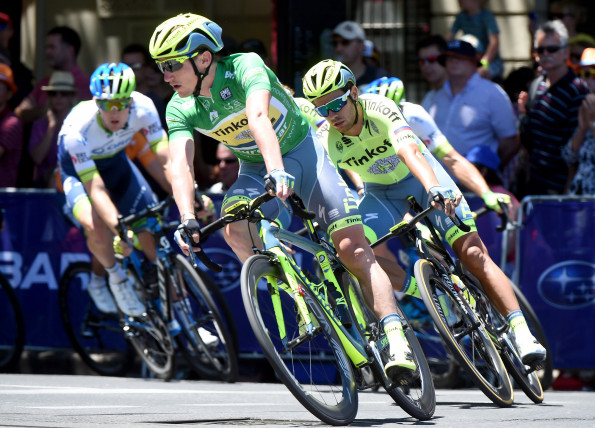 If his early-season form is anything to go by, you'll be seeing a lot more of Jay McCarthy and his Specialized.

All this fantastic TDU coverage got you feeling ready to ride?

BikeRoar put together a great list of the best road bikes for under...READ MORE