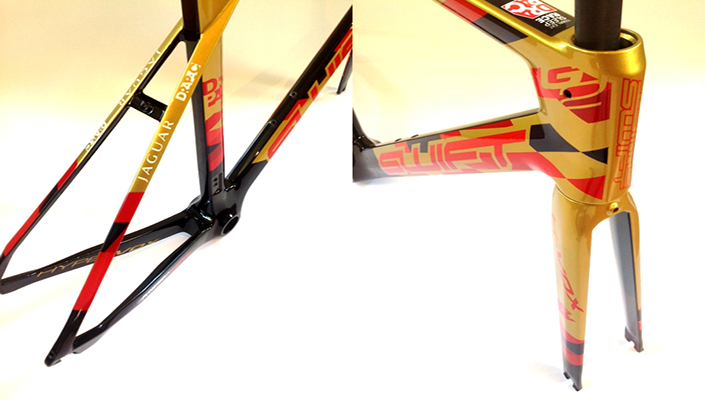 Evergreen sprinter and consummate lead-out man Graeme Brown lined up for a record 14th Tour Down Under yesterday astride a customized SwiftCarbon HyperVox, the new aero road bike from the South African manufacturer.

The dazzling gold finish, courtesy of Sun Graphics in Australia, is a tribute to the gold medals Brown brought home from the Athens Olympics in the Madison and Team Pursuit.

"I love this bike," Brown enthused yesterday as the HyperVox was unveiled at the Tour Village. "We (the Drapac Pro Team riders) have been bugging the boys at Swift to bring out an aero road bike and finally, here it is!" 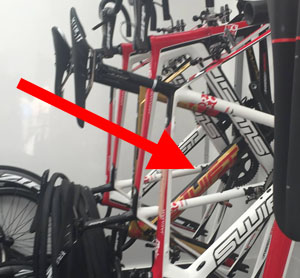 'Brownie' also confirmed that he had been spotted numerous times in Western Australia training on a blacked-out "stealth bike", and that it was in fact an earlier prototype of the HyperVox.

BikeRoar reporters had sighted the golden version inside the Drapac mobile workshop at the Australian National titles a week ago in Ballarat, but were asked by the Drapac team to keep it under wraps until the official launch at the TDU.

SwiftCarbon's head of Marketing and Communication, Neil Gardiner, could barely contain his excitement about the launch.

"It's not that difficult to build an aero road bike," he admitted. "What's hard is to build an aero bike that handles and brakes to our standards - but with the HyperVox we've managed to do exactly that, and without making any of the typical aero compromises. 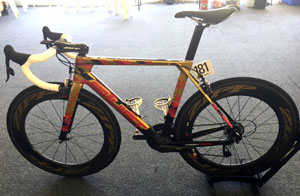 "But we've also managed to make it affordable - the frameset, including forks and seatpost, will come in at around US $4,000, or slightly under US $5,000 if customers opt for a custom paint job." A new paint and design program dubbed Swift*ID will be launched in conjunction with the bike, allowing customers to order their new frame in colors and designs of their own choosing.

The bike itself features the Kammtail tube shapes popular with most aero and TT bikes, and the perfectly horizontal top tube keeps wind resistance to a minimum. The massive wide crank with a BB386 bottom bracket will no doubt offer incredible stiffness, as will the angular rear seat stay connection. All cabling has been internally routed to look slick and reduce drag, and the integrated seat post clamp gripping the adjustable aero seat post has been nicely integrated into the top tube.

The frame and fork combination in the Medium size (which is what Brown rides) weighs in at 1320 grams, or 900 grams for the frame alone, whilst the complete bike weighs in at 7.43kg (16.38lb)

Brown has opted for the ultra-stiff Zipp carbon SL stem coupled with the alloy version of the SL handlebar, both of which have proved capable of coping with the enormous torque the sprinter generates.

Most of the Drapac riders use the Speedplay Zero Stainless V2 pedals, but Brown uses the V4 version - often used on the track, the V4 offers less lateral movement and locks the cleats in more securely. 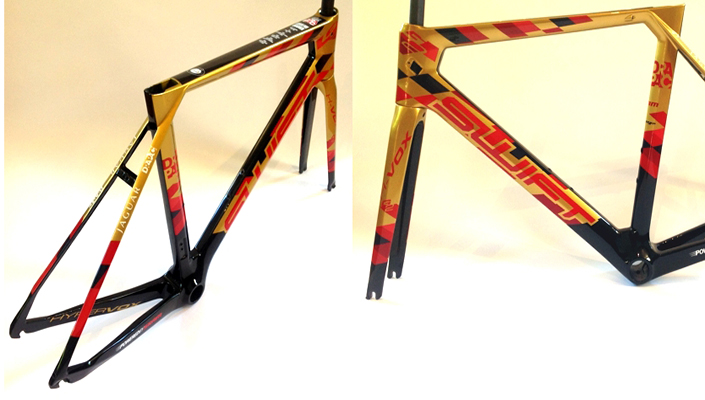 The groupset, as with all the Drapac bikes, is SRAM Red 22. Whilst in the village the bike was sporting an 11-28 rear cassette, but logic dictates that will be swapped out for an 11-23 for Sunday's Criterium in Adelaide's city centre.

The release of the HyperVox has been brought forward from June to late March, and in theory, by taking advantage of the custom Swift*ID program, you could have a golden aero machine of your very own!

Zipp wheels have dominated the racing scene for years but what makes them so good?

BikeRoar sits down with Michael Hall of Zipp Wheels to discuss...READ MORE