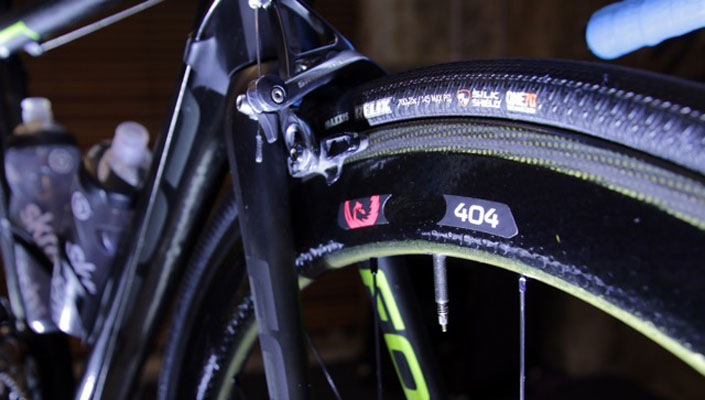 Zipp 404 Firecrest wheels are some of the latest in bicycle wheel tech.

In the competitive world of carbon bicycle component development, Michael Hall has a job to do: Stay ahead of the bunch by continually addressing the question, "How do we make sure we're making products the consumers are going to want in 2-5 years?" 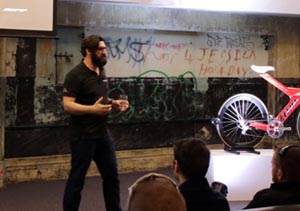 A self confessed "hands-on car guy", Michael ditched a potential career within Detroit's motor car industry and shifted his career focus from production cars to motor sports. Six years later an opportunity opened at Zipp, and as Michael says, "the rest is history."

When Michael started at Zipp there were just 3 engineers and it was a matter of "jump in, sink or swim." A decade later and there are now 30 engineers, which gives the Advanced Development Engineer the time necessary to "innovate and make sure we're ahead of the curve."

We had a chat with Michael at a recent Zipp presentation about the brand and what differentiates it from the pack.

Zipp wheels are a premium product but why should a consumer buy Zipp over another brand? 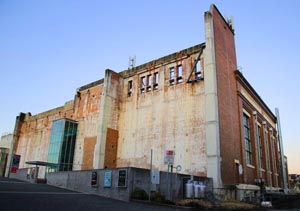 Zipp chose an old powerplant to hold its presentation

"Zipp is a very good value brand... we try to build the most robust product out there. So part of that is attention to detail, R&D, very good quality control systems within the factory. You buy a Zipp product - it's going to last. That's the message we need to tell more of..."

Zipp, unlike most manufacturers, tests its products in the wind tunnel as well as using computational fluid dynamics. Also, from scratch, every wheel is allocated a bar code which follows it throughout the entire manufacturing process and onto the end consumer. Any problems encountered in a wheel can then be tracked to individual moments in the construction process. It is this attention to detail that makes Zipp a "value product."

Michael shares a story about a customer running a race team whose Zipp 303 has been handed from rider to rider over the years, clocking up 100,000 miles and only requiring the replacement of one of the bearings. "The thing is like a rock star - they just keep giving it to more and more junior guys on the team, they just keep knocking out big miles. To me that's testament that we're doing the right things."

"We used to only sell race day wheels," but Michael says they realized it's a lot of money for an average cyclist and that you should be riding that wheel every day, hence the carbon clincher. 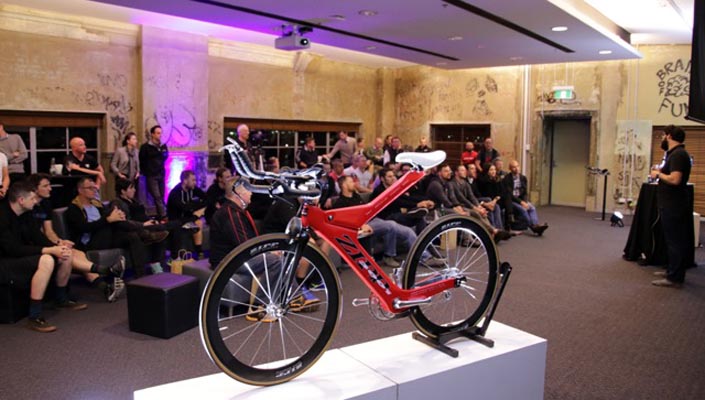 Tell us about the carbon clincher

"The carbon clincher was a 3 year project. We were not the first by a long way. Everybody else was out there, so it gave us an opportunity to take our time and develop it from scratch." As Michael says, "It was a hard project. Zipp wanted to avoid the problems which hit many other carbon clinchers, like brake failure from heat build-up and tires blowing off." 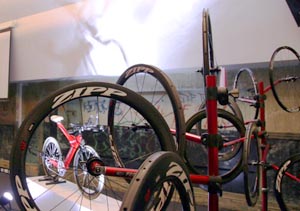 One of the technologies created by the Zipp team is the silica carbide impregnated resin. Michael says this feature is designed, in conjunction with specific pad technology, to address the constant concern with carbon wheel braking performance, particularly in wet weather. By using the silicon carbide (a very hard abrasive substance) in the resin, the brake track has more bite. But as Michael points out, the development process of these seemingly small things requires a lot of work to iron out problems in production.

Heat build-up has been a problem with carbon brake tracks which can severely degrade braking performance and potentially have catastrophic results.

"That is actually something that really scared us when we started the carbon clincher. You can see instantaneous surface temperatures behind the pad of 600F degrees, which is extremely high - much higher than in the tubulars. We were really worried about that."

It took Zipp three years to address these critical areas but the result is a bomb proof carbon clincher that can be used for basically anything: Racing, training, commuting in any conditions. It is these innovations and depth of research that keep Zipp ahead in performance, but the copycats are out there benefiting from the development teams hard work.

What is Zipp's opinion on cheap Chinese wheels?

"The Chinese are very good at replicating tech. What was a 3-5 year gap in product development has now narrowed to "more like one year." Michael goes on to say, "That's where the role of advanced development comes in. We have to make sure we are innovating at a rapid pace so we can stay in front" 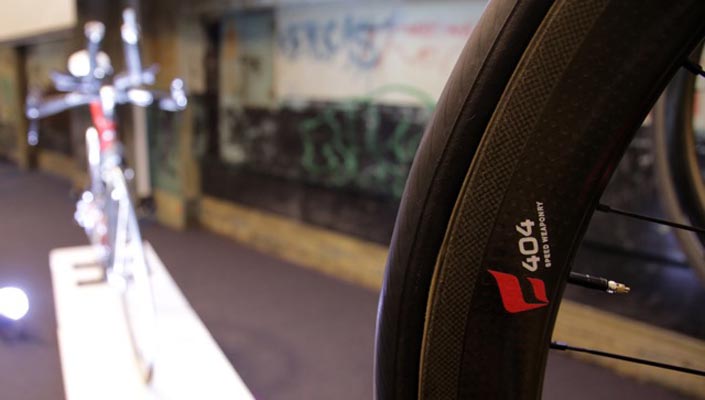 There has recently been a move towards wider tires on road bikes. How far do you see this going?

"I think they're going to continue to get wider. People are wanting to be comfortable on the bike. We're all getting older and want to be comfortable and that's kind of what's driving the wider tire size. That trend is not going away. We are testing 28mm tires in the wind tunnel." Michael goes on to point out, "If you want the fastest package, 23 and 21mm are faster, but who wants to ride them? When I started at Zipp ten years ago, we were testing 19 and 21mm tires."

The market is often the driving force behind development: after all the product must sell! Many of these new wheel technologies are driven by the increase in cashed up recreational and amateur road cyclists like the MAMIL (middle-aged man in lycra) phenomenon. It is companies like Zipp and their development departments which are creating the product technologies to cater to this demand.

The first thing to remember with bikes is that you get what you pay for. (Read: the lighter your bike is the lighter your wallet becomes.) Stock bikes often come with heavier, sturdier, more robust parts... READ MORE

It is said that the frame is the heart of a bike, but don't forget about your wheels. No other component affects bike performance like a good (or bad) set of wheels.

One of the problems when purchasing a low-mid level road bike is that often the supplied wheels are fulfilling a price point, and may not necessarily complement an otherwise fine bicycle... READ MORE