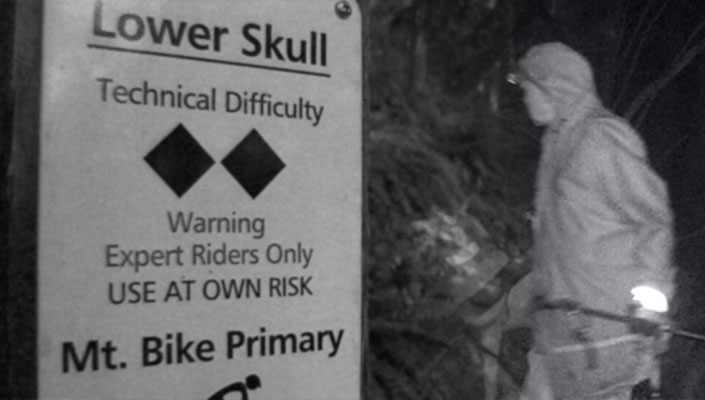 Last month, 64 year old Tineke Kraal of North Vancouver, British Columbia, Canada, was convicted for sabotaging mountain bike trails. An elaborate and comprehensive investigation by a pair of local bike enthusiasts, including use of motion sensitive infrared cameras, caught Kraal deliberately setting traps and dragging debris onto the popular MTB routes. She was arrested last year after having participated in the sabotage of the trails behind her North Vancouver home, like Skull trail, for over 2 years.

What would seem like a great victory for the community has instead resulted in a light sentence and a introspective look at the online behavior of the MTB community as a whole. Mrs. Kraal and her husband received multiple threats over social media as soon as Tineke was revealed as the "Skull Saboteur". 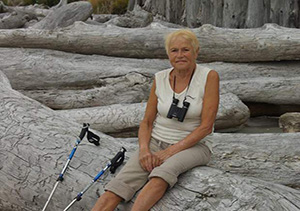 Mrs. Kraal stated her actions were in self defence, as to merely slow mountain bikers down as they descended the trails on Mt. Fromme. However, a previous letter from Mrs. Kraal's husband to the North Vancouver District Council stated that the couple were “at war with mountain bikers” over on street parking. Kraal was also opposed to the development of MTB trails in the area as the 30-year-resident saw the bike trails as destroying the natural environment.

The undeniable evidence and intent of Mrs. Kraal made it a clear-cut decision for the judge. Guilty. However it wasn’t a clear-cut win for the bike community. Comments made on social media and bike websites, such as - “kill her now” - were brought to light in the courtroom in her defense. Kraal stated she felt afraid to leave her house as the online reaction to her crime took the form of hundreds of death threats and promises of violence. The judge took this online harassment into serious consideration when handing Kraal her light sentence. Tineke Kraal was sentenced to 3 months probation, 150 community service hours and banishment from being on any bike trails.

Before we condemn Mrs. Kraal and the court for letting her off with a slap-on-the-wrist-sentence, we should be more considerate of the circumstances. Tineke Kraal, age 64, had no prior convictions, had bad arthritis, and had a husband battling cancer. She felt her security was greatly at risk due to the speed and intensity of the MTB riders descending the iconic North Vancouver trails. Who's to say she’s entirely wrong? And despite Kraal's attempts over two years, no one was hurt by her actions.

As a responsible MTB community we must consider these two things:

1. Is it appropriate to have trails of this degree existing so close to and along side mainstream multi use trails?
and
How do we as a cycling community appropriately react to and manage the growing accounts of hiker/biker conflict? 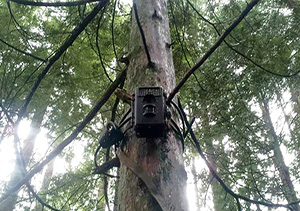 This area of North Vancouver has been developed over the past 20 years to be a global mecca of technical trail riding, but for Tineke Kraal's generation, this was a haven for recreational hikers. With the growth of our sport and of our communities, how can we ensure there will be no friction between user groups? Maybe it's time to implement efforts like the ‘share the road’ campaign which works to promote mutual understanding between road cyclists and drivers.

As the court stated, there was no precedent for a case like this in Canadian or international history. The reaction, or overreaction of some members of the online MTB community, was seen as a serious detriment to the case against Kraal. Issuing death threats online and over social media is a serious offence and the police reiterated that in this case.

RELATED: What on earth is enduro?

The legal action taken against Tineke Kraal was seen as an isolated incident where un-confronted tensions between user groups escalated over two years into a situation where someone could have been seriously hurt. Tineke Kraal has been very public with her shame and remorse for her actions and we as a MTB community should be ashamed of the threats made to the Kraals online and over social media. There were no winners in this case.

So what can we salvage from this mess? The understanding that we NEED to work with all user groups in our trail areas to ensure situations like this stay as isolated incidents. We want our sport to grow and, as highlighted by the courts in this case, if user groups can not get along and public safety is a concern, actions will have to be taken to remove ALL user groups from the conflicted areas. The last thing we want as a cycling community is less places to ride.

RELATED ARTICLE:
5 Top Trail dual suspension 29ers for the girls and the boys

With Spring just around the corner it's time to start looking for a new trail bike.

This list has 5 great ideas for your next... READ MORE

Feeling a little down on your bike these days? Maybe it's time to change up the way you ride.

BikeRoar has some great suggestions on how to switch things up on your... READ MORE