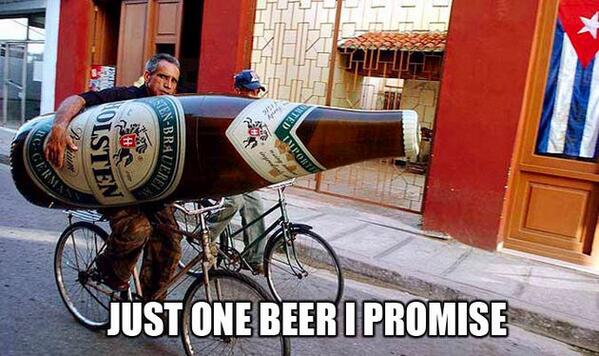 Most cyclists love beer – in moderation, of course...

Two of my favorite topics: bikes and beers!

Cyclists love beer and breweries love bikes, so it’s all one big circle of love, which results in cycling-themed brewing companies and beers. Simply, they go together. Think about it, you don’t see ‘trekking beers,’ ‘swimming beers,’ or ‘football beers’...

Which beer to drink? Some would say, "the next one." We find the diversity of cycling disciplines can kind of be pigeonholed into different beer styles: 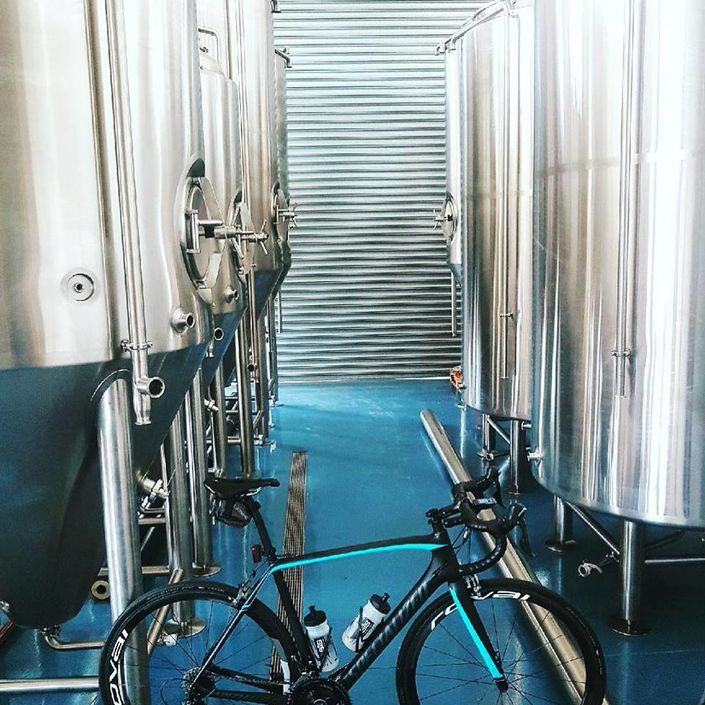 Cross country (XC) / single-speed mountain biker – seasoned, hard-wearing, and perhaps a little sophisticated. Includes the older and wiser cohort. These riders are likely to branch out to all styles of beer, starting with the IPAs to clear the dust from their throats. Amber and red ales are on the menu and perhaps darker ales like black IPAs and stout.

Roadie – seen pounding out the KMs/miles on the road, often with the hot sun baking down and radiating up from the bitumen. Roadies are likely to grab a craft cider, summer ale, golden ale, or other light, crisp beer variety. These cyclists are known to quench their thirst with a variety of beers, including sours or a fruity saison. They’re not likely to go for high alcohol beer as they will want to get up early for another long day in the saddle, without the hangover.

Cyclocrosser (CX) – these riders love beer and have been known to grab a beer in the middle of a race. Fans get a little wild on the sidelines and in marquee beer gardens. They’re happy to drink whatever is available at the finish, usually a lager, golden ale, or summer ale, but branch out into wheat beers and IPAs at the after-party.

RELATED: Cyclocross - What makes it so awesome?

Downhillers (DH) – are a little loose, generally the younger generation, up for a big night on the beer. Adventurous, but perhaps not in the style of beer choice. These riders are probably up for a lager, pale ale or double IPA.

Here's the list we’ve gathered of bike-themed beers to enjoy after your next ride: 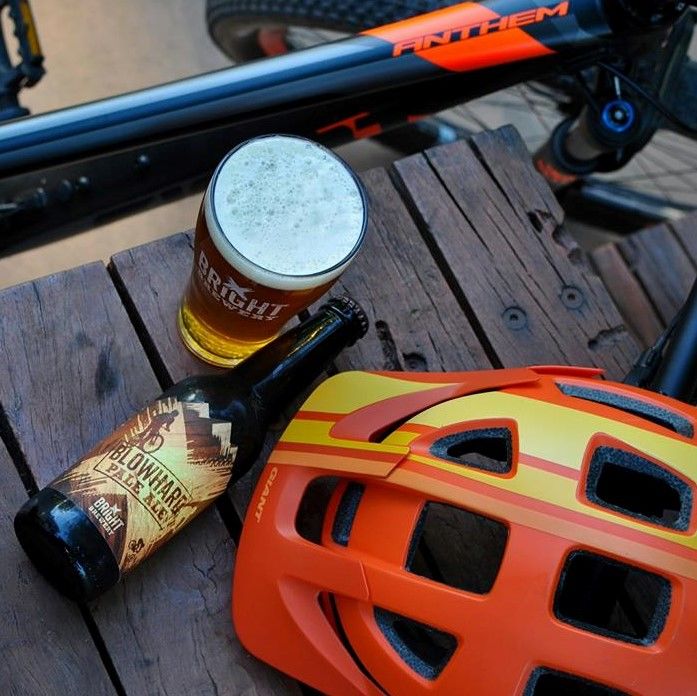 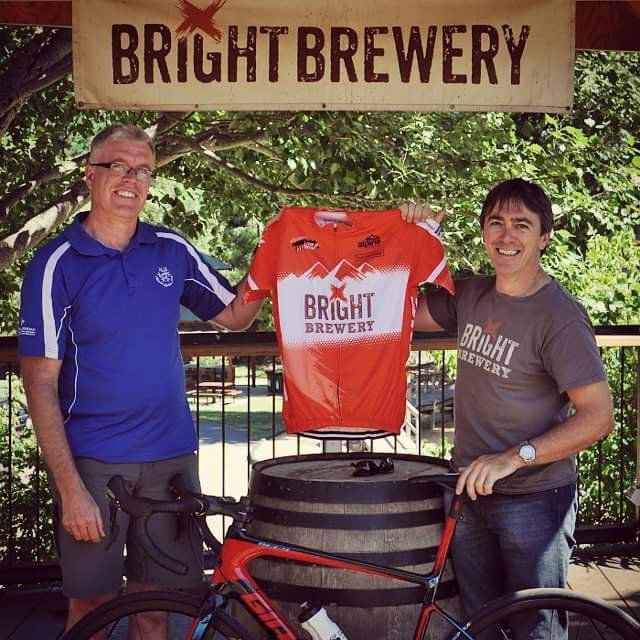 The Bright Brewery is in the heart of one of Australia’s mountain biking meccas. This beer (5.0% ABV) gets its name from Mt Blowhard near Bright. It is “a majestic beast of a mountain which braces itself against the wildest alpine weather, inspiring the local mountain biking crew as they tear around the trails below.” 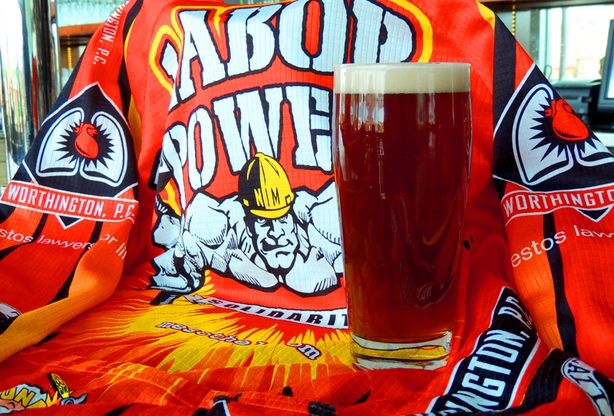 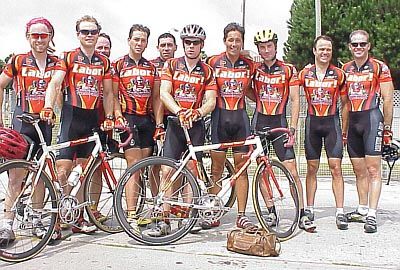 We love a good story behind a beer. The Labor Power Red Lager (a.k.a Local 36 Red Lager) was inspired by a masters bike race team called “Labor Power” from Southern California and Texas. The team’s mantra was “gritty not pretty” and they had a mission to win for journeyman unionists suffering from lung-killing asbestosis. Many competitors were pummeled along the way. Mission accomplished.

In the spirit of taking a chance and getting it right, Worthy Brewing created Labor Power Red Lager (5.8% ABV), for which they stated, “our foray into the ‘looks easy but it’s not’ world of red lagers.” 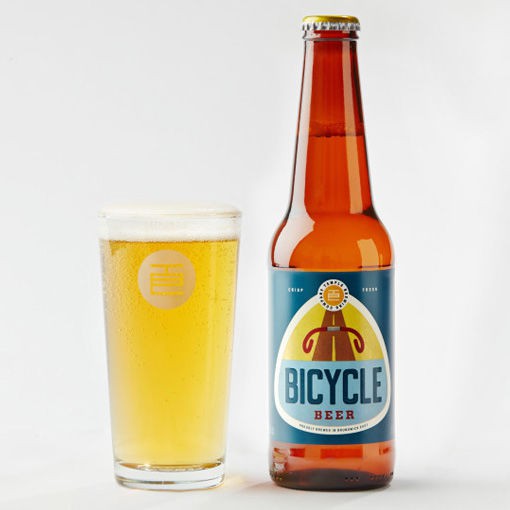 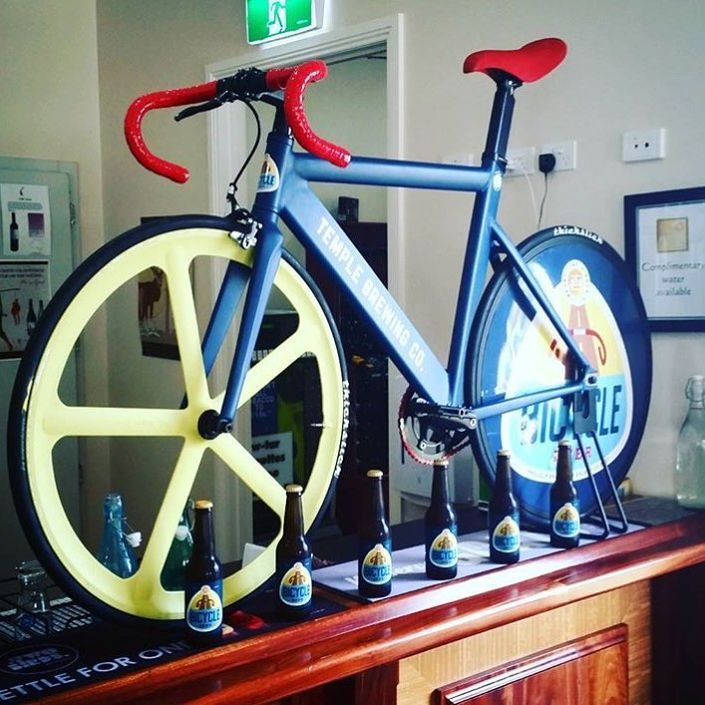 Brewed in Melbourne, Victoria, the Bicycle Beer Summer Ale (4.2%) has a blend of seven hops and a 70s style bike label. Temple Brewing say, “it’s designed to quench your thirst and is light enough to get you back on your bike.” Thanks Temple Brewing, that’s just what we need after a ride. 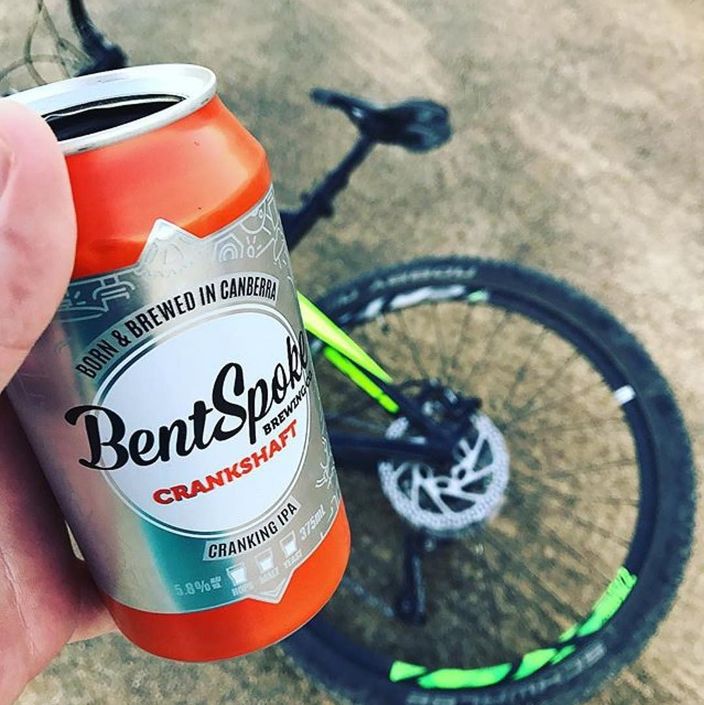 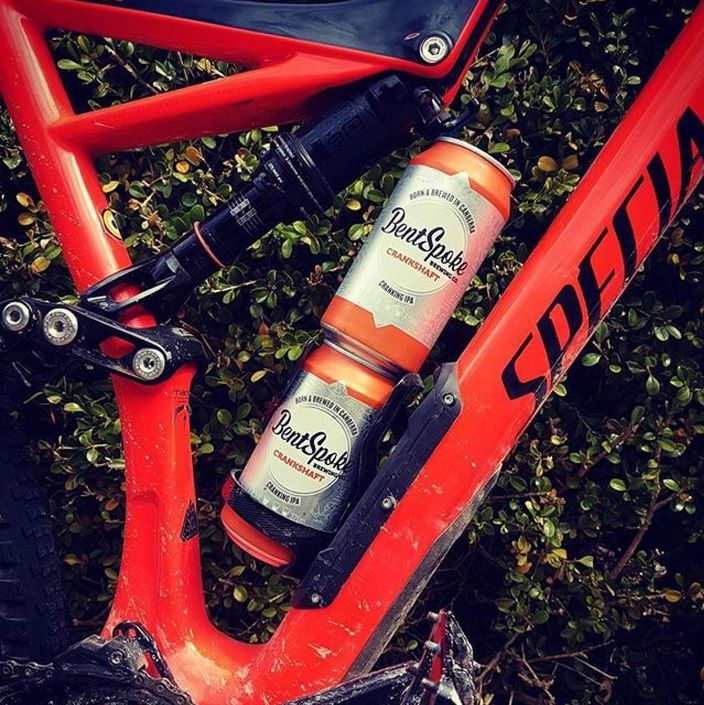 A cranking IPA (5.8% ABV) with a nice punch of hops and a solid malt finish. Crankshaft won the silver medal at the 2017 International Brewing Awards for International Smallpack Ale and finished 3rd in the 2017 Australia’s GABS Hottest 100 beers, a station effort for a small brewery! 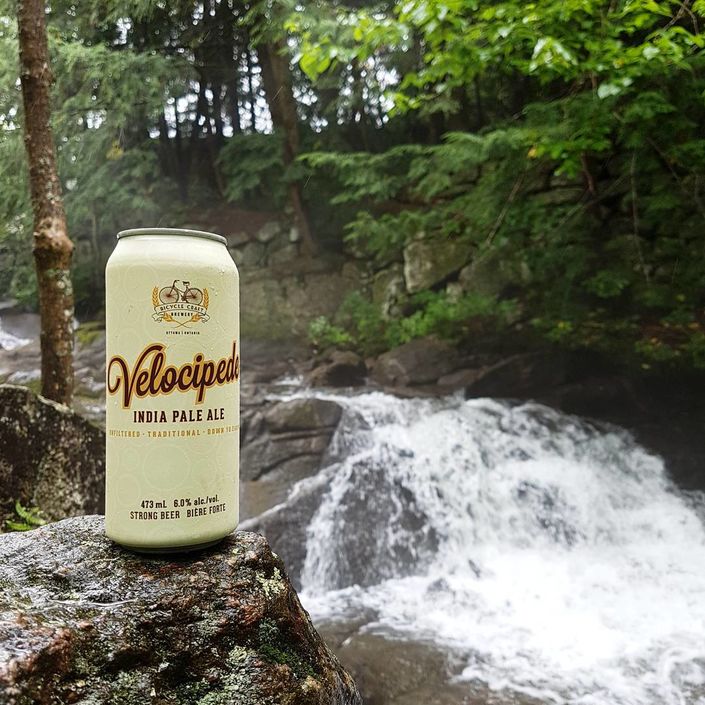 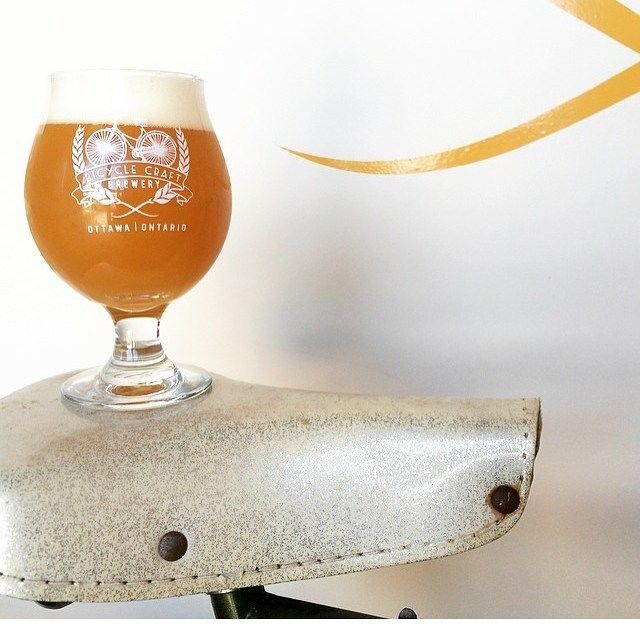 "Down to earth craft beer" is the mantra at Bicycle Craft Brewery. Of their mainstay beers, Velocipede IPA (ABV 6%, IBU 70) is the only one overtly named to honor the bicycle. BCB describes Velocipede as a "refreshing, well balanced, West Coast Style IPA. Aromas of citrus and subtle caramel are complimented by flavors of grapefruit zest and subtle pine. Medium body with an assertive bitterness that lingers." They close with, "a true testament to the bicycle and the wild places you discover on the way." 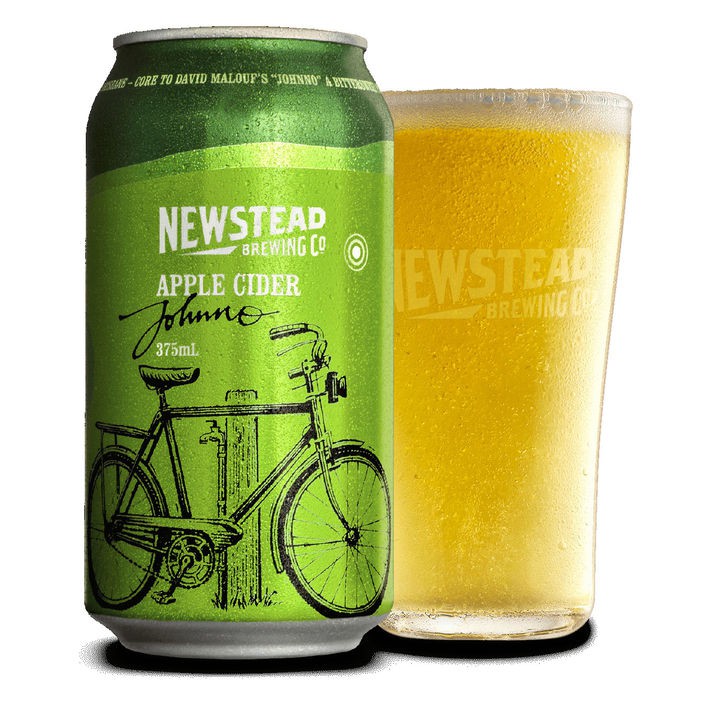 Technically not a craft beer, but it is brewed in Brisbane at one of Australia's best craft breweries. Johnno Apple Cider balances sweetness with acidity. Perfectly refreshing, cool and crisp – a great first drop after any style of ride. 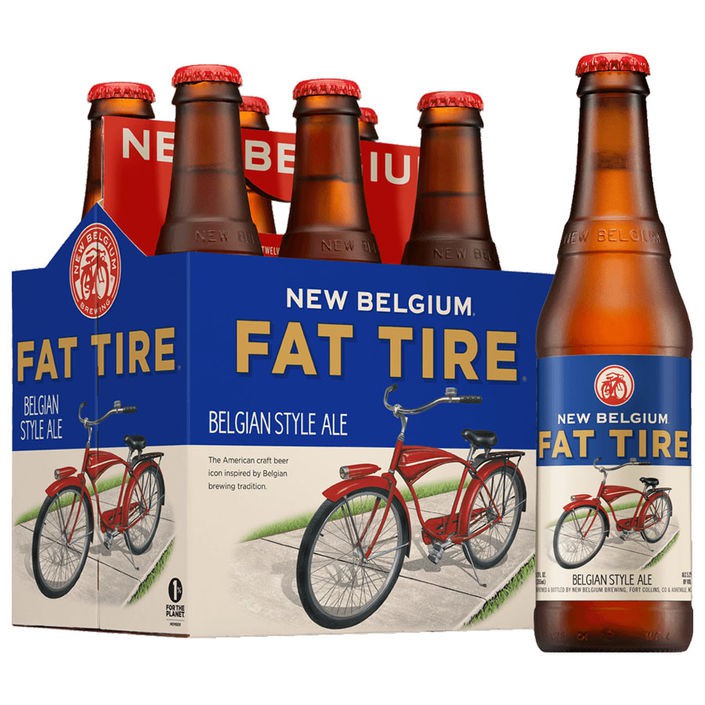 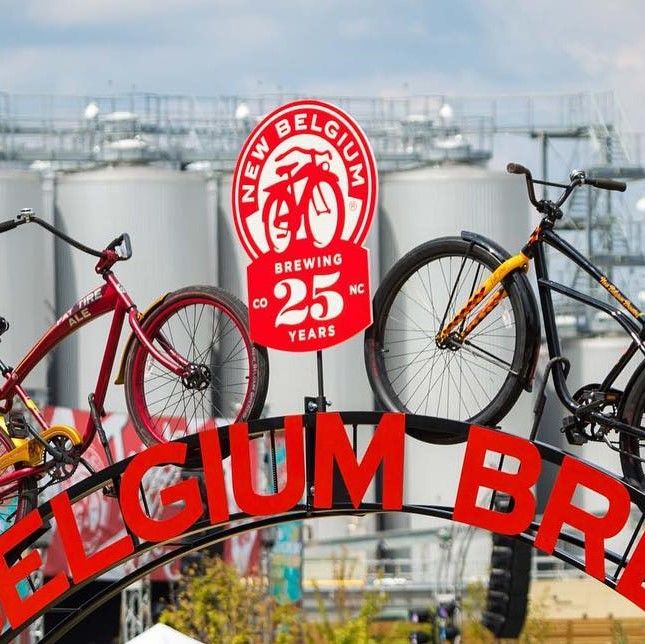 They do a number of bike themed beers (a Belgian style ale, Amber Ale and a special release White Belgian) with the image of a bike on the label. One of the co-founders was inspired by a bike ride across the Belgian countryside; hence the name Fat Tire. 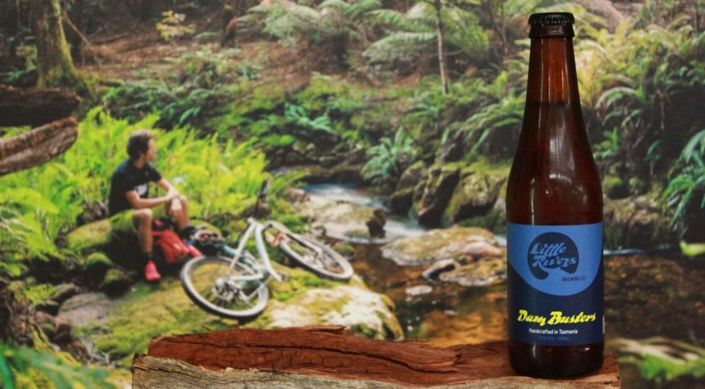 These guys showcase the Dam Busters Mid Strength Pale Ale, which is named after the Blue Derby Mountain bike trail. They use 100% Tassie hops. The beer is big on flavor and bit on hoppiness. Perfect after any mountain bike loop! 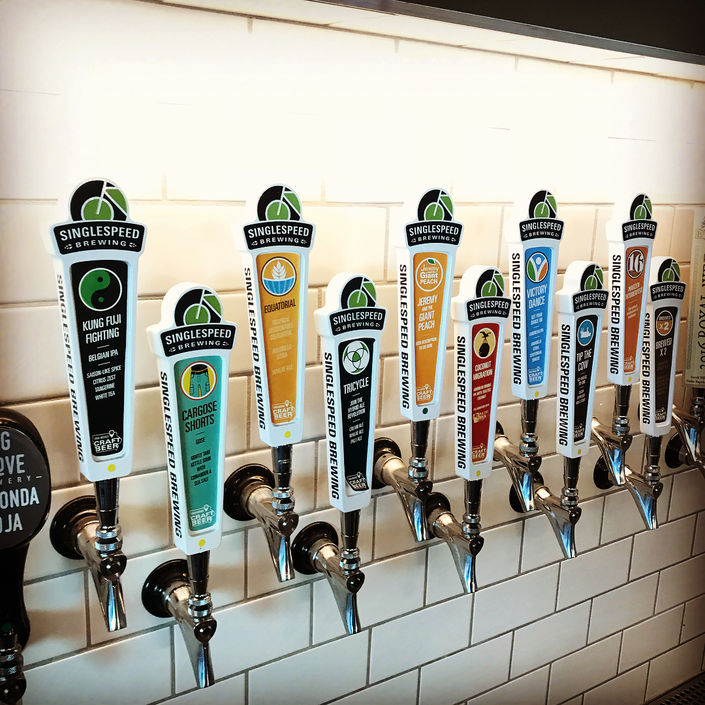 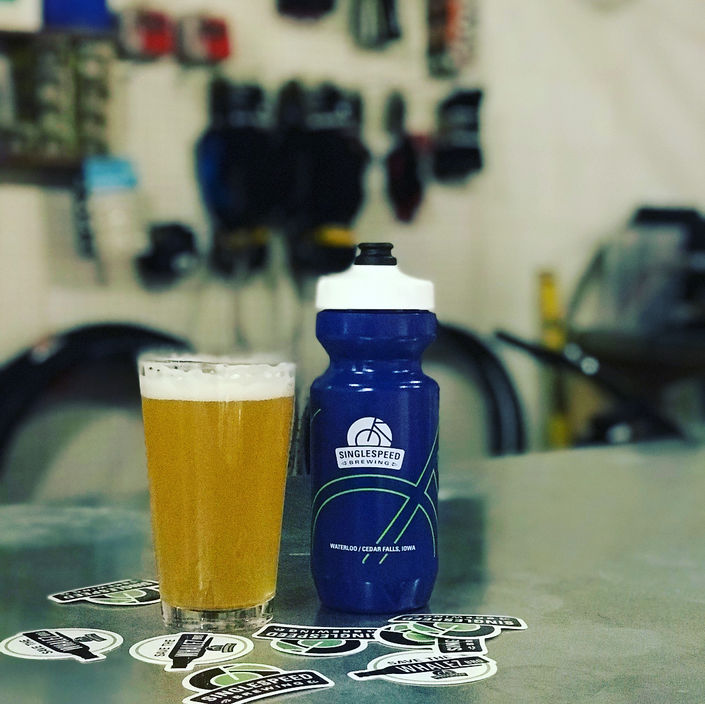 Single Speed Brewing boasts a huge range of seasonal and unique beers with more sour beers than you can poke a stick at. The beers include funky names like “Slightly Heightened Conversation” for the American-style sour ale (5.2% ABV) and “Tip the Cow” for the Cocoa Expresso Milk Stout (6.2% ABV). "Tricycle Cream Ale" (5.2% ABV) has three distinct flavors representing the three wheels of the trike (cream ale, wheat, and pale ale). Consider their aptly named "Victory Dance" American IPA for your next podium celebration. 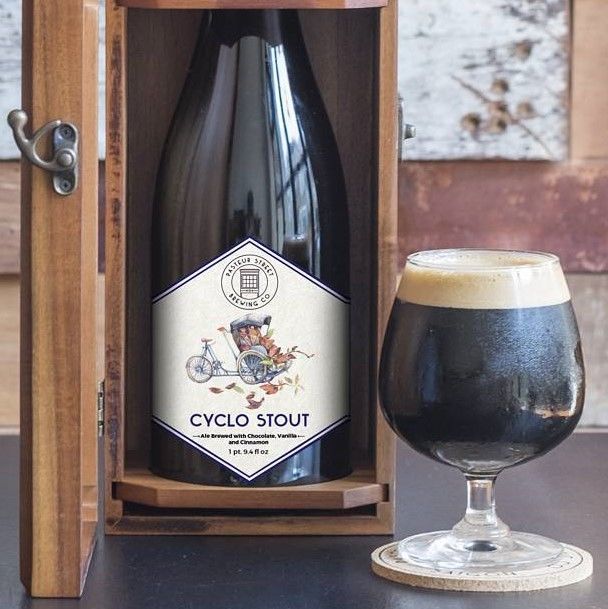 This one packs a punch at 13% ABV and it comes in a huge 750 ml (1 pt. 9.4 fl. oz.) bottle. Cyclo Stout is a dark chocolate stout which would suit the more refined and calculated cyclist. Those that appreciate the finer details in beer will enjoy this one with its smooth finish and hints of vanilla and cinnamon. 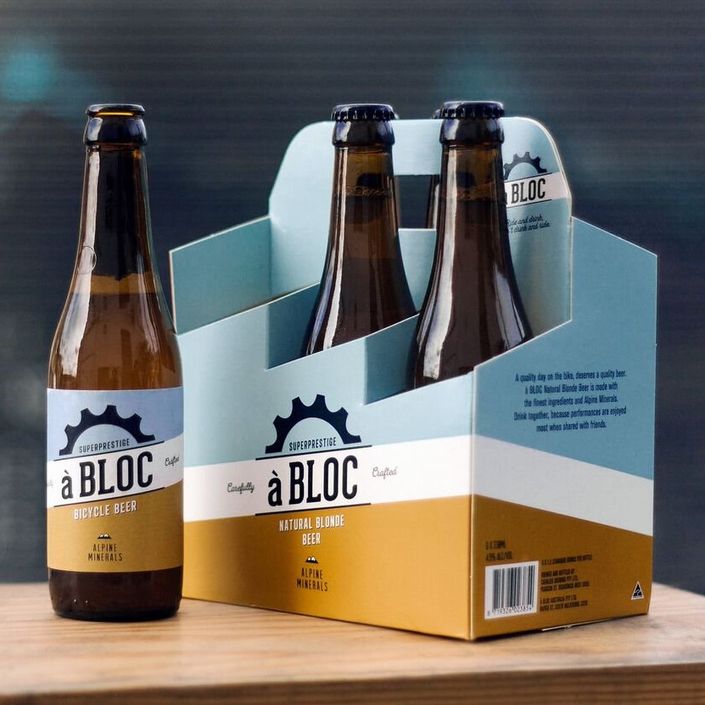 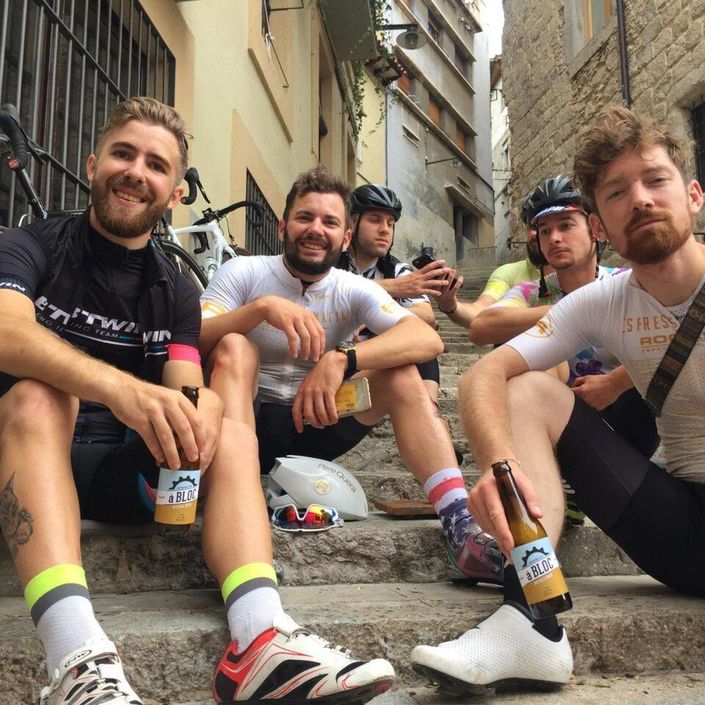 These guys actually state that they brew "Craft beer made for cyclists." Riding “à bloc” (French) means going “flat out.” They brew a Natural Blonde Beer which is naturally rich in proteins and vitamin B, and with added Alpine Minerals so everyone can ride full gas again tomorrow. 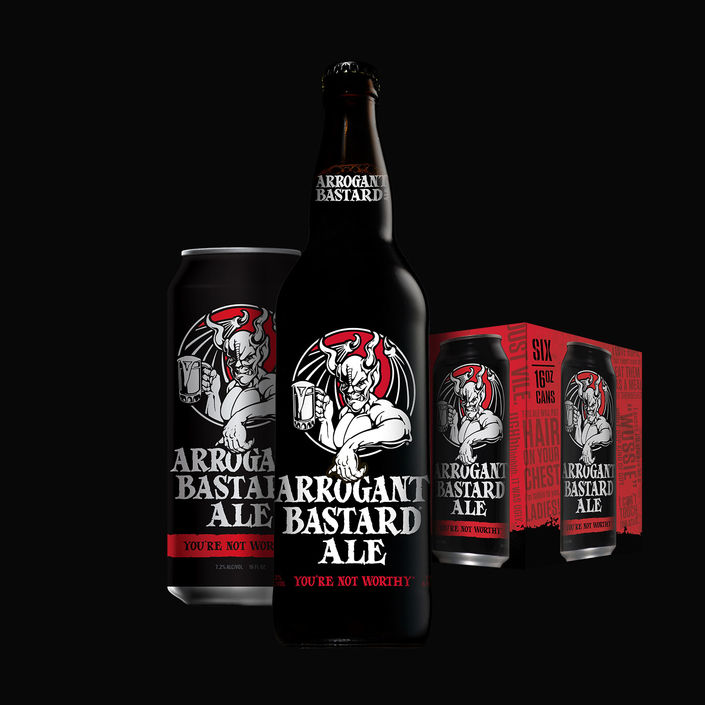 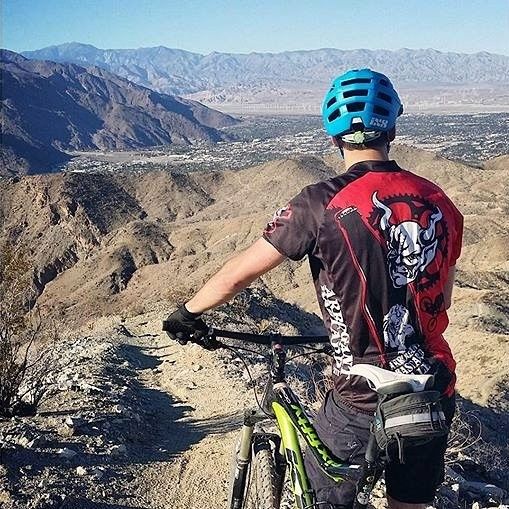 This strong ale (7.2% ABV) brewed by Arrogant Brewing is a challenge to all of those who are not worthy to drink the delicious craft beer. With the tagline “You're not worthy” we see it as a similar statement to those cyclists who give us a bad name. You know the ones who jump red lights, ride four abreast, scare pedestrians, don’t move when you call ‘rider’ or ‘track’ on mountain bike course. They sell awesome jerseys, too! 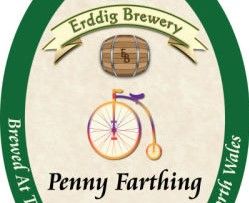 Erddig Brewery in Wales, UK, was producing Penny Farthing Bitter Ale, but appears to have stopped operations last year. The Bitter Ale (3.9% ABV) was a classic style beer with grassy, earthy tones, bottled with a multi-colored penny farthing on the label.

We are not so sure about the Michelob ULTRA beer which was once famously promoted by Lance Armstrong. He was brought on board to “connect with adult beer drinkers who lead active lifestyles”.

Personally, I’m not sure how much taste a beer can have with only 95 calories and 2.6g carbohydrates, 0.6g protein and 0.0g fat, per 12-ounce bottle. Reviews such as, “truly non-existent taste," "just like beerish tasting water,” don't have me jumping for the bottle. With so many great craft beers out there, you wouldn’t go short if you just focused on bike labeled beers!

Seems many cyclists enjoy alcoholic beverages, but are those drinks, be they beer or wine or spirits, hurting your race day performance? BikeRoar gets to the bottom of how and when... READ MORE

RELATED ARTICLE:
Cheers to CX! The 5 best beers from the best Cyclocross nations

To toast the start of cross season, here is a list of the five best beers from countries where cross is most popular: Belgium, the Netherlands, France, Italy and the United States... READ MORE