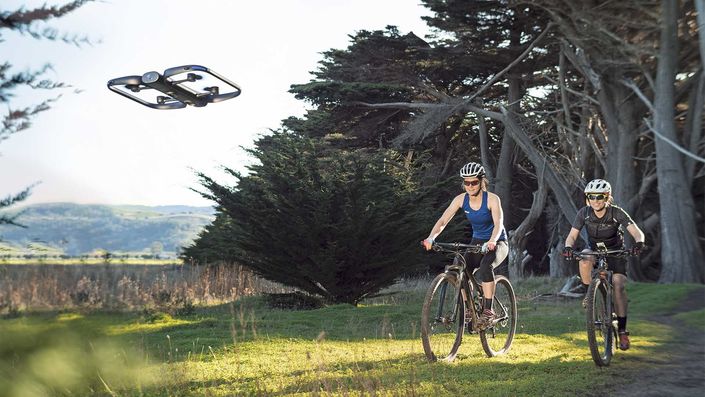 A couple of years ago we got all excited and reported on the Lily drone, "the world's first throw-and-shoot camera." We weren't alone; Lily hauled an impressive $34 million in crowdfunding, but ended up being vaporware – too good to be true, with a promo video ultimately deemed "false and misleading." In early 2017, the company admitted it couldn't deliver and eventually issued refunds to those who placed pre-orders.

Enter Skydio R1, the drone we thought Lily was, and better. The Skydio R1 can launch from your hand, then flies and follows you all on its own, recording your bike ride in glorious 4K video resolution, all while avoiding obstacles, like trees or power lines, along the way.

Follow-along drones aren't new and neither are obstacle avoidance systems; DJI's Phantom 4 and Mavic drones have those abilities. Skydio R1, however, takes it to a completely new level, with a focus on being a self-flying, self-positioning, action camera, that requires no drone operating experience. Launch it from the smartphone app and go. 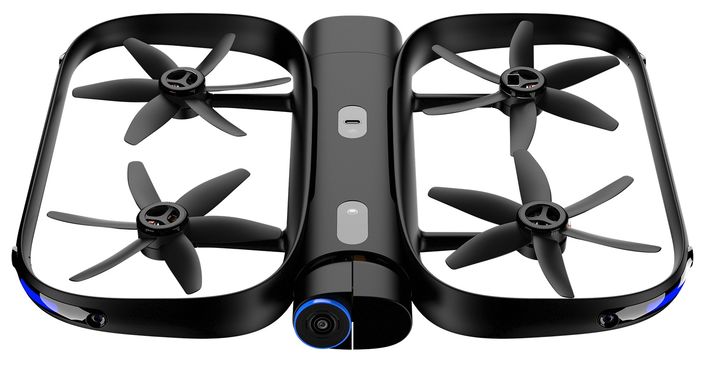 Skydio R1's unique and impressive approach is built by a team of former-MIT engineers; it uses 13 cameras and artificial intelligence (AI) they call the Autonomy Engine. The cameras give the R1 all-seeing "eyes" in every direction. The Autonomy Engine, using an Nvidia TX1 module – the same thing that's found in self-driving cars, interprets the visual data in real-time. The result is an incredibly smart device that autonomously reads the environment, tracks and follows you, all while dodging obstacles and capturing incredible action video. 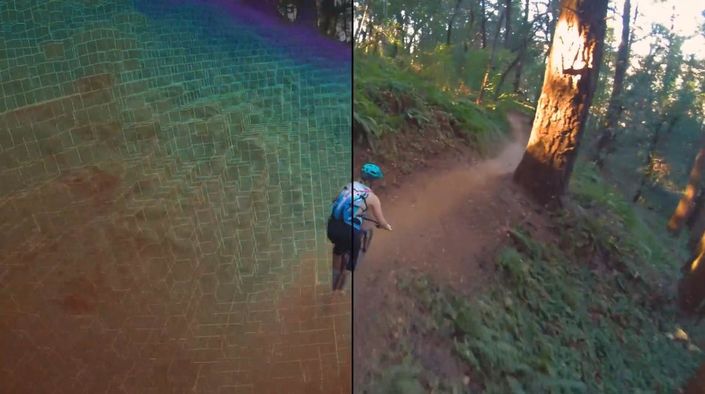 Drawbacks? First and foremost is price: $2,499 – not cheap. That's not to say the technology and ability aren't worth it, but the R1 does command a premium as compared to the more versatile Phantom 4 Pro at $1,499. The R1 does self-flying revolutionarily well, but its app-based manual controls are limited. It's not foldable, so packing it in and storing aren't as convenient. Battery life is just over 15 minutes, so be prepared to hot swap battery packs in between runs. Video is captured in sharp 4K resolution, but the automatic framing isn't always smooth and lacks some of the angles and artfulness manual composition can deliver.

If you're looking for an easier-to-use cinematography drone, maybe you want the GoPro Karma. They've recovered from the late-2016 recall of their first 2,500 units and were shipping improved units three months later. A few months ago they released an update, providing Karma with a limited follow feature, but the drone still doesn't have any object avoidance systems. It's a drone that focuses on portability (it folds and fits in a backpack) and image stabilization.

Skydio R1 is the action-camera drone you want if you care about simplicity and don't want to worry about obstacles as it chases you on the road or trail. It's very real and delivering now.

RELATED ARTICLE:
How to ride rutted out trails

Riding trail ruts can be a big challenge, as one wrong move can lead to a bad crash. BikeRoar is here with some great tips to help you confidently and properly ride a variety of ruts... READ MORE

What's the deal with the popularity of big, crazy, hard rides? Like transmuted Grand Fondos, they combine mass participation, stupidly hard riding, and eager smiles all around... READ MORE