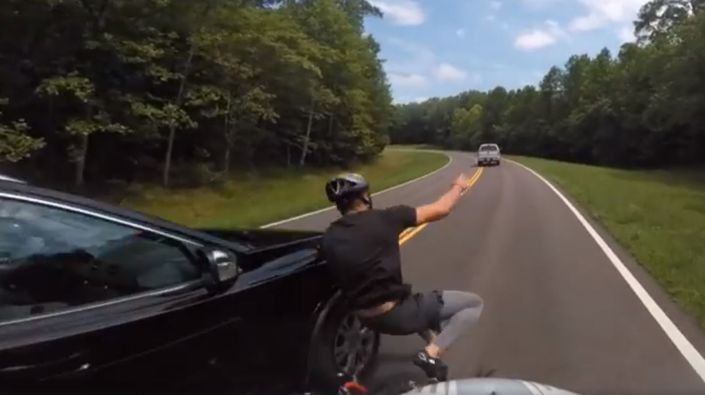 It is amusing that mountain biking is often regarded as a dangerous sport, which is in many cases true, yet I have always found road riding to be far more risky. I have easily experienced more accidents and serious near misses on a road bike than riding in the bush. Granted, I'm not an extreme free rider or down hiller, but most roadies will know exactly what I'm talking about.

When a best mate calls you from a ditch on the side of the road after being hit from behind by a speeding car, in shock, with a shattered leg and flooded with adrenaline blocking the pain of a major injury, it seems important to share some survival tips.

I have, therefore, put together five tips to keep us safe on the road. There are no guarantees in life, yet I feel these pointers will help keep everyone alive and riding.

Being alert, aware and present is the most important skill to have whilst riding on the road. Awareness while riding is about being awake enough to freely observe the inner and outer world and to have choices in all circumstances. 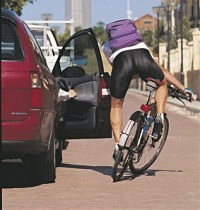 Awareness of the environment is looking out for drivers in parked cars who may suddenly fling their door open or pull out into traffic without indicating. It is anticipating the direction a car, fellow cyclist or pedestrian is going to take. Looking out for potholes, slippery road markings and other obstacles is a good habit to get into.

One practice is to keep your eyes ahead and use peripheral vision. Another is to watch the driver, not just the car; are they actually registering your presence at all?

This reminds me of an incident a few years back while on a training ride. As I rode past an intersection a car, turning from the side street into the flow of traffic (the flow being me), pulled behind and started accelerating straight at me. I turned in my saddle and realised the driver was looking right at me, but not registering my existence. The lights were on but nobody was home. It took some mighty panicky arm waving to wake them up before I was squished.

I wonder where that person was; worrying about the mortgage, a relationship problem? Who knows?

We've all been there before, running on automatic while sorting the contents of our mind, and having no awareness of what is before our eyes.

Picture it: You're about to go for a spin on the bike and you get in an argument with your wife over a triviality, and ride away grumbling to yourself. The next hour on the bike is spent going over and over the argument and thinking how right you are about it all and how wrong she is and what you should have said to hammer this home.

If you want to remain in the present time, take the feedback, build a bridge, and get over it!

Awareness of self is about cultivating a respect and care for everyone and not getting trapped in your brain thinking round and round in circles. Your brain won't keep you alive, you will.

The law of attraction: If you ride with the intention to look after and care for others, no matter what happens, you will be cared for as well. 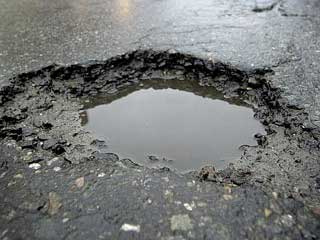 Years ago when I rode a motor bike I attended a two day course on safe riding techniques. One of the techniques was all about positioning. Riding a bicycle is different to a motorbike as you probably won't be sitting in the middle of the road, but I still think there are valuable lessons here.

Most of the time, riding as close to the curb as possible is sensible for obvious reasons, yet it also reduces your visibilty to vehicles ahead, waiting, for example, at an intersection.

We've all had cars pull out in front of us, or overtake then turn across our path, and I can only assume in most cases it's because the driver didn't see us. It is good practice to look for a position that gives traffic plenty of space to pass you, while remaing as visible as possible to everybody else.

Once you've chosen the safest position, stick to it. Be predictable, not erratic in your chosen line. It allows drivers to judge more safely how and when to pass you.

This is an easy one. I reckon the best time is early morning, before rush hour traffic builds up.

By mid-afternoon people start leaving work and will be tired and eager to get home, perhaps causing them to be not as cautious as otherwise. They also seem to drive a lot faster!

Sunday afternoon is one to watch out for as well. Sunday drivers can be aimless and hard to anticipate, it's like they have no purpose for being out in the car. Add a couple of lunchtime beers and watch out!

Who's in the right and who's in the wrong? Who cares? If I'm on a bike and they are in a tonne of metal travelling at 60km/h then is my moral code worth being dead right about?

Why argue? Let them have their day and leave justice up to the Universe.

If you really want to end up in a car park trading blows with the driver that just cut you off maybe you should have taken up boxing instead.

Be assertive with hand signals and be certain about your intent. Again; be predictable. 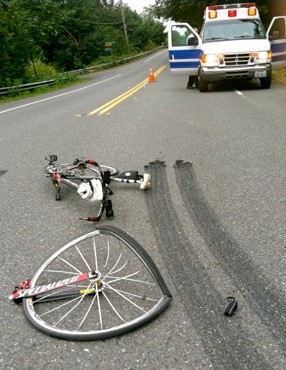 An example: Often, drivers think it is perfectly OK and safe to overtake a cyclist riding through a roundabout. I have ended up in the gutter a couple of times in the past so I took some steps to avoid it happening again.

At the approach to a roundabout I check behind, and if it is clear I pull out closer to the middle of the road. Not far enough to completely block, but enough to clearly express my intention, and I hold that line through to the exit. The reality is most of the roundabouts where I live are so tight that I can ride through them faster than most drivers will anyway.

I have had great success with this maneuver, no abuse and importantly, no hairy situations. I do not condone the attitude "stuff you, it's my road as well and I'll ride where I please," but there is a middle ground of asserting yourself safely in some situations. It is a balance of confidently asserting your intention, while being aware of fellow road users.

And so, there are my five tips to staying in one piece. It is enlightening to realize these are guidelines that one could happily live a life by! Truth is true within all contexts.

Editor's Note: This article was originally published Monday, Mar 25, 2013 and has been revised with lead image and minor editing.

RELATED ARTICLE:
Do cyclists ride in the middle of the road simply to annoy motorists?

RELATED ARTICLE:
How to choose a safe cycling route

Cycling around your city or town can be dangerous, but you can manage a lot of the risk. BikeRoar gives you the information you need to choose a safe cycling route... READ MORE