The most expensive bikes on the planet 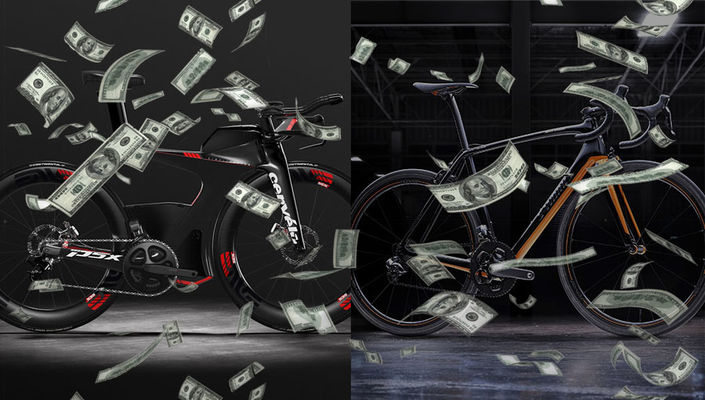 If money were no object, you'd get one of these bikes.

Most of us would agree that the money we spend on our bikes is a good investment. Within reason, we are usually happy to pay a little more to get newer tech, a lighter frame, or better handling. But what happens when the spending gets out of control and a new bike costs more than a new car? We take a look at some of the most expensive bikes on the planet and try to help you come up with ways to justify buying them... 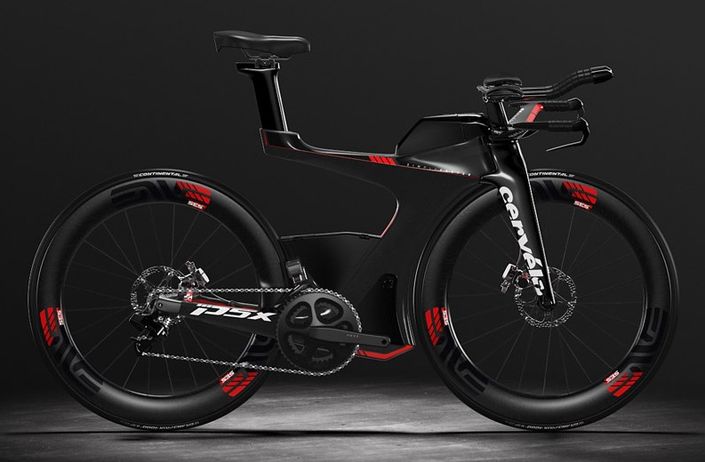 If you were to weaponize a bicycle, it would look like this. The P5X from Cervelo is a carbon fiber stealth bomber disguised as a triathlon bike. That’s right – it’s specifically for triathlon, mainly because they don’t have the same pesky rules regarding bike geometry and safety standards that the UCI keep thrusting upon us poor cyclists. It’s also unashamedly built to ride in straight lines – super fast, yes, super agile, no. It’s been aerodynamically tuned to the point where the drink bottles are integrated into the downtube airfoil (hello Dogma F10), and the feather-light ENVE wheels are a perfect combination of speed, stiffness and aerodynamic aggression.

If you’re awesome at triathlons, but somehow don’t have a bike sponsor yet, love going fast in straight lines on perfectly flat roads and have buckets of cash, this just might be your bike.

RELATED: 5 Best mods to turn your road bike into a TT machine 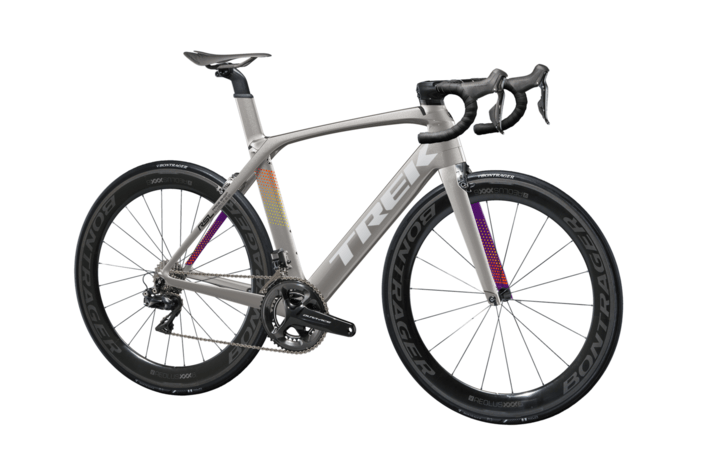 One of the few lasting legacies from the reign of Lance Armstrong is the Trek Madone. Named after his favorite climb in Southern France, this bike has been at the forefront of speed and innovation for nearly two decades. The current version is an absolute bargain at just under $16K, with Shimano Di2 11-speed electronic shifters, integrated one-piece aero carbon Madone cockpit, and Bontrager Aeolus 5 TLR tubeless-ready carbon clincher wheels.

This bike looks seriously fast and it is. It has a legitimate racing pedigree behind it and, in all seriousness, comes pretty close to justifying the rather hefty price tag. 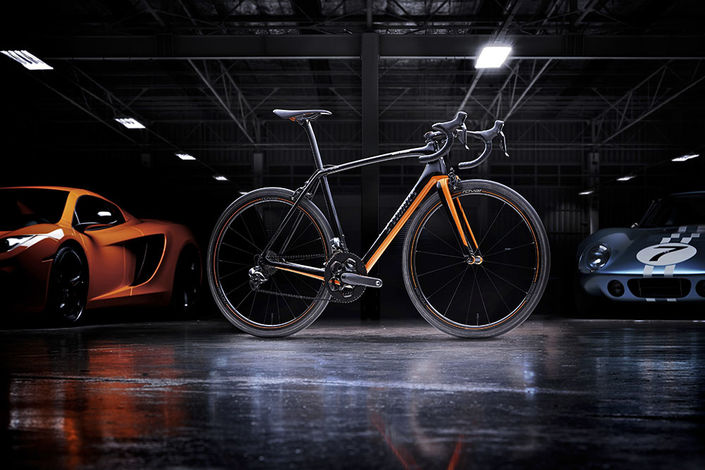 Not so the S-Works McLaren Tarmac. Coming in at a somewhat ambitious $20,000, this bike is a collaborative effort between bicycle superbrand Specialized and Formula One megapower McLaren. Built in 2014 and limited to 250 units, this carbon fiber beauty is between 9 and 11 per cent lighter than a standard Tarmac thanks to McLaren’s utilization of unique carbon hi-mod fiber. The Roval wheels have received the same treatment, making them 60 grams lighter collectively. The decal is impressive – piano black and Tarmac orange, and comes with a unique Mclaren S-Works Prevail helmet and custom-fitted S-Works McLaren shoes. It’s a lovely package, but is it really any better than the already-impressive Tarmac? It’s a fraction lighter and the paintwork is cool, but in reality it’s more of a collector’s item than a real race bike.

RELATED: Carbon vs Alloy road wheels: Are they worth the upgrade? 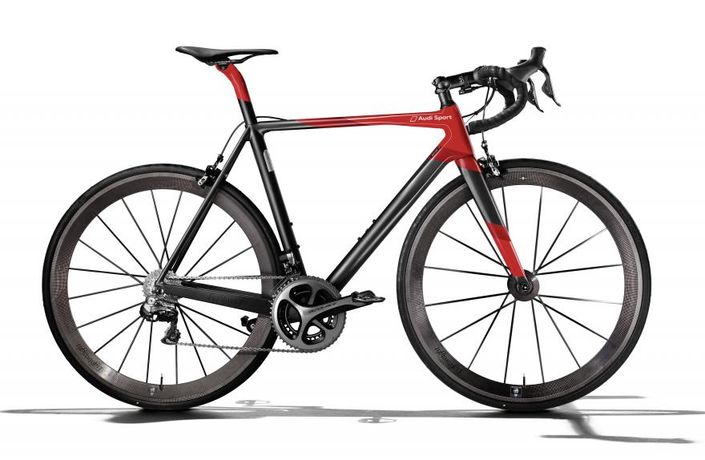 Another luxury car manufacturer, German marque Audi, have dabbled in the world of bikes. Audi have teamed up with fellow Germans Lightweight to produce a limited run of just 50 units of the Lightweight Audi Sport.

Built with a Lightweight Urgestalt frame, Lightweight Meilenstein carbon wheels, and a Shimano Dura Ace Di2 electronic groupset, the bike lives up to its name by tipping the scales at just 12.8 pounds (5.8kg). It’s available in five sizes in a beautiful red-and-black paint scheme, and comes with a custom Selle Italia saddle covered in the same nappa leather used in Audi’s R8 supercar. Twenty grand is a lot of money for a bike, but considering that the standard frameset and wheels from Lightweight come in at $7000 and $5000 respectively, it starts to sound a bit more reasonable. It’s a lot of money, but it’s a lot of bike, too.

RELATED: The 4 best ways to make your bike lighter 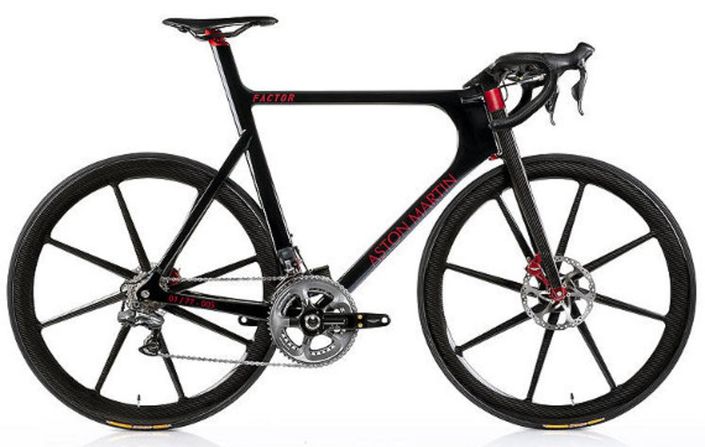 Another car and bike collaboration, the One-77 bike is based on the most advanced and expensive Aston Martin ever. Teaming up with high-end bike brand, Factor Bikes, the duo came up with a high-end road bike that just might break the bank. As expected, it’s constructed from carbon fiber throughout, is super-light, and comes equipped with an integrated LED lighting system, a seemlessly integrated power meter and bike computer, and hand-stitched leather handlebars and saddle.

As with the car that shares its namesake, production of the One-77 was restricted to 77 units, and buyers are able to view their bike being built at the factory. 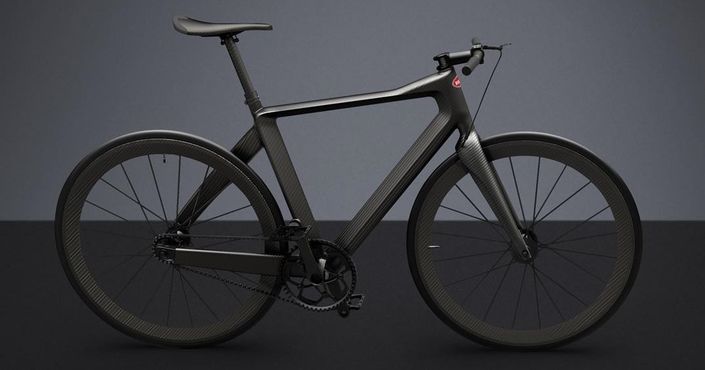 Unlike the other supercar/bike manufacturer combinations we’ve mentioned, Bugatti have teamed up with Pimp Garage to produce not a race bike, but a ridiculously expensive commuter. Admittedly, it’s supposed to be the world’s lightest urban bicycle, weighing less than 5kg (10.9 lbs) – but let’s face it, nobody is riding this bike to the local supermarket.

95 percent of the bike is carbon fiber: the belt drive (no messy chain, of course), frame, fork, rims, handlebar, seat, seat post, crank, and even the single brake are made of the highest quality carbon fiber available.

Limited to a production run of 667, these bikes are completed, refined, and customized according to the customer’s wishes by hand in the PG Bugatti showroom in Weinstadt, Germany. Buyers, who are anticipated to be almost exclusively Bugatti drivers, can adapt their bike’s style to match their Bugatti supercar with special paints, carbon in various colors, and a bewildering choice of the finest leathers. 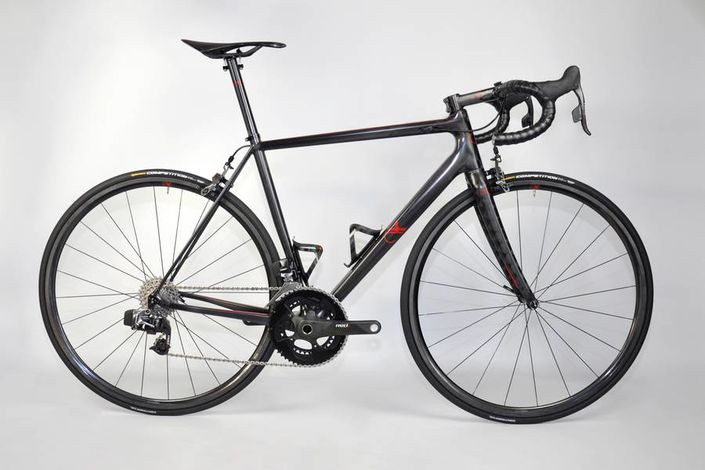 This is the world’s lightest racing bike. Get ready for this: fitted with SRAM’s wireless ETap shifting system, the evo Ultra weighs in at 4.8kg (10.5lbs). Worth every cent, right? Probably not. Cycling’s governing body, the UCI, has set a minimum weight limit of 6.8kg (14.99lbs) to preserve the safety and structural integrity of race bikes. This, of course, means that after dropping 18K on your new bike you would then be obliged to add 2kg of ballast onto the frame... seems like a waste of cash when all you’re left with is bragging rights and the fact that you have the lightest training bike money can buy.

RELATED ARTICLE:
The 6.8kg weight rule. Why you can ride a lighter bike than a Pro

The UCI has specified 6.8kg as the minimum weight for a race bike. We look at why and how you can buy a bike well under this limit... READ MORE

It sounds like a sales pitch, but there's truth to saving when you spend more. We explain the importance of paying more for your bike... READ MORE