The 6.8kg weight rule. Why you can ride a lighter bike than a Pro 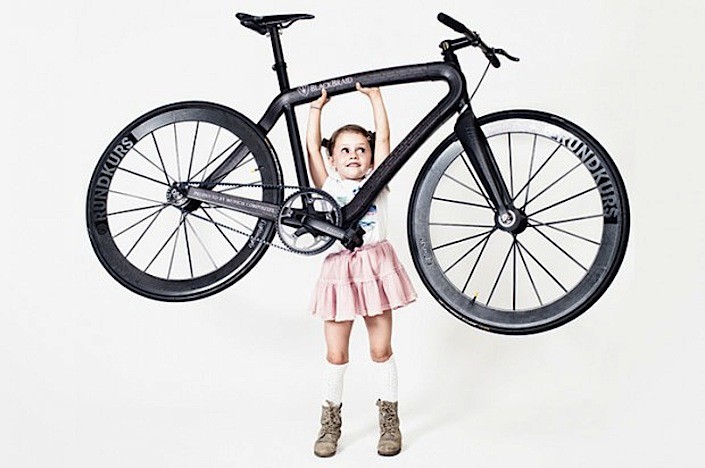 Fancy a bike you could effortlessly lift with one finger? You could have one but you can't race it!
Image: PG-Bikes / Crucialism

The international cycling union, UCI, has specified 6.8 kilograms (15 pounds) as the minimum weight for a bike. Today, bike manufacturers can make bikes much lighter than that, so why is the rule still in effect when large parts of the cycling world would be happy to see it gone?

Many of the ways that a bike rider can try to bend or break the rules that have been put in place by the UCI require advanced equipment to detect, but there is one that requires little more than a bathroom scale.

Since 2000 the minimum weight for bikes used for competitions has been 6.8kg. In essence this means that if you show up ready to ride on something that weighs less, you’re not going to get past the race commissionaires.

The weight rule has been a sore point for riders, teams and bike manufacturers for years. Although the rule was instigated to protect the riders, advances in technology mean that this protection is at best limited, while it in some cases might actually be lowered by the rule.

What is the argument for a 6.8kg limit?

The rules regarding how a race bike can and cannot look and/or function are detailed in a yearly document from the UCI titled “Technical Regulations for Bicycles”. Here the UCI detail the regulations regarding what is and isn’t allowed in regards to frames, wheels, saddles – and bike weight.

“The minimum weight of the bicycle (in working order) shall be 6.800 kg, considered without on-board accessories in place, that is to say those items that may be removed during the event.”

The main reason for all of the rules is rider safety. The argument goes that while it’s technically possible to manufacture bikes that weigh less than the 6.8 kg, these frames will not have as good a frame integrity, meaning that they’ll be less stiff and that their handling might be slightly worse.

While these minute differences might not be an issue for amateur riders, professional riders who push their equipment to the very limit in the hunt for crossing the line first might end up face first on the asphalt because or equipment malfunctions in situations that could, mildly put, be described as ‘hairy’. Just think of a frame breaking on a mountain descent.

One way of getting around this issue would be to use exotic materials that are readily available, but an argument against that is that it would make cycling into an equipment race where riders from poor countries – as well as the amateurs – wouldn’t be able to afford it any more.

One of the amazing things about cycling is that it takes place in places and uses equipment that is available to you – no matter what your level is. Basically, if cycling was football, it means that you could get a kit and boots exactly like Lionel Messi’s and then go for a kick around in Nou Camp when it’s not being used by Barcelona. 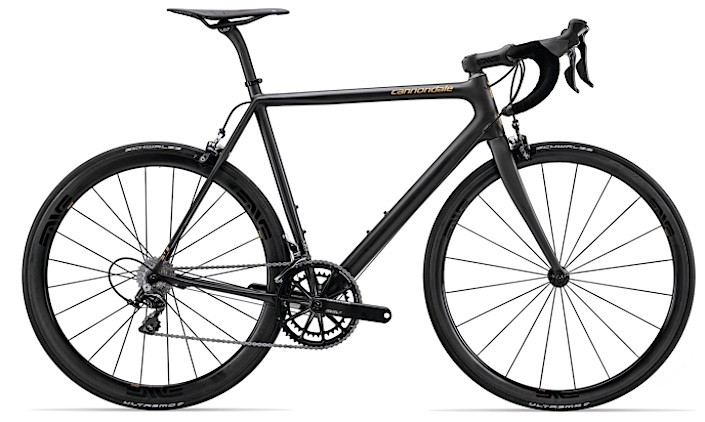 DID YOU KNOW?  A good measure of what is possible regarding bike weight using off the shelf components is clearly demonstrated by the Cannondale SuperSix EVO Black Inc. This incredible machine weighs a claimed 5.2kg! (11lb). Imagine the difference 1.5kg could make to a climber in the Alps!

The argument against the weight limit

The central problem with the UCI’s argument seems to be that time has simply moved on from when it was put in place. While the argument about weight might have made sense in 2000, the technological innovation in cycling since then means that the rule doesn’t make as much sense today as it used to.

Many manufactures build bikes that weigh less than 6.8 kg and are perfectly sound to ride on. Insisting that the weight limit should remain the same is a bit like saying that you should stick with having the gear changers on the frame itself (as it was in the days of Eddy Mercx), in a time where we have electronic gears.

And it turns out that most manufacturers don’t need to use exotic materials to build bikes that weigh around 6 kg. 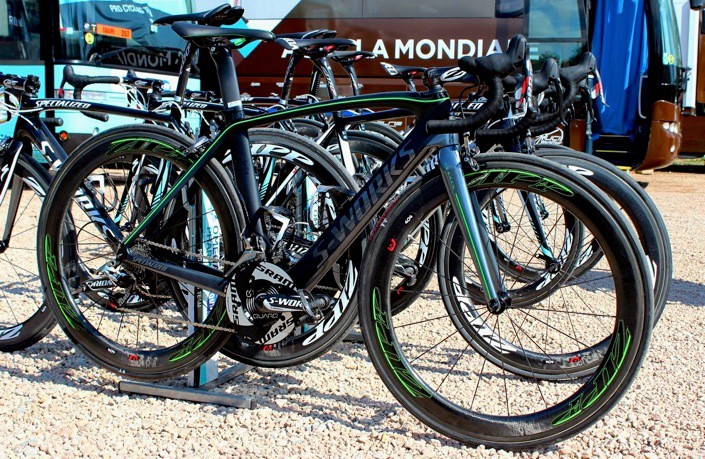 DID YOU KNOW?  Many pro cyclists are more interested in strength than having the lightest possible bike. Sprinters like Mark Cavendish using the Specialized S-Works Venge run heavier components for increased stiffness and the capability of handling all the power output in a sprint. On the other hand, climbers like Alberto Contador may have to add weight to their "on the weight limit" climbing bike, a practice common in the peloton.

Another argument for removing the weight limit is that it’s simply safer to race with the best frames out there. Being forced to ‘settle’ with the second best, or having to weigh down the frame (resulting in compromised handling) are simply not ideal options. Now professional riders are used to pushing their equipment to the limit, but riding on the limit can mean more danger – just think of a bike that’s handing slightly differently than what could be expected when thundering down a mountain side.

In the words of the World Federation of the Sporting Goods Industry, the interest organisation that counts most bike manufacturers as members:

“In the case of the UCI we struggle with the fact that the know-how of the UCI technical staff on bicycle products is very limited and therefore there is a big gap in understanding to our industry on the technical challenges. If a frame is passing these tests then there is no need to have any other testing. Our bikes are passing these tests and the weight of some models is 5.5 kg or even lighter. UCI is not allowing innovation.”

CATCH UP: Find out about some other contentious UCI rules in our related article,
"UCI Part 2: Radios, swords and saddles - the controversial rules of the UCI"