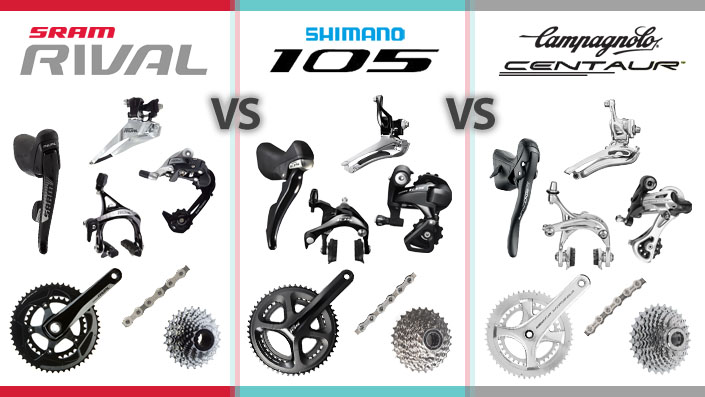 Which of these budget-friendly groupsets delivers best value and performance?

In the world of bicycle groupsets there are really only three big players – Shimano, Campagnolo, and SRAM – and the biggest battle in the marketplace today is to determine who is crowned king of the entry level bike. You may think the glory, fame, and accompanying riches would come in the form of top-end pro racing components, but in reality it is the groupset that adorns the $1500 bike on the floor of your local shop that the industry leaders consider the main prize.

Earlier this year Campy released the Centaur groupset to compete directly with Shimano’s 105 model and SRAM’s Rival 22; prior to this, the Italian company’s equivalent was the 10-speed Veloce groupset, which, understandably, fell short of the 11-speed versions from Shimano and SRAM. So, now the question is, which of these groupsets delivers best in terms of performance, reliability, and value for money?

RELATED: To tap or not to tap? SRAM’S electronic wireless shifters 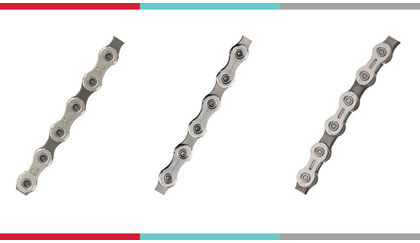 Long-time lovers of the Italian component company will be delighted to see the trickle-down technology that is evident in the new Centaur 11-speed. It includes similar features to the mid-range Potenza groupset, such as wide gear range capacity and even wheels to match. Aesthetically, Centaur resembles Potenza, which in turn resembles Chorus, Record, and the pro-level Super Record. This means the full Campag range is now somewhat uniform in appearance with a style that's uniquely their own. The Centaur Ergopower levers are basically the same as Potenza's, with aluminum brake lever blades, and carbon-reinforced polymer shifter paddles and lever bodies, with virtually the same internals that allow for up to three rear downshifts per lever stroke, but just one upshift at a time. Other components, such as the cassette, are almost identical too, albeit with a different finish and materials. Centaur’s new chain is slightly heavier than the 11-speed chains used elsewhere within the range, but still weighs in marginally lighter than either the Shimano or SRAM versions.

Critics, including myself, are quick to point out that Centaur does not come in a disc brake format. With the steady emergence of the gravel/endurance market, there are a lot of bikes out there that could be sporting Centaur groupsets if only they had seen fit to include the disc brake option.

RELATED: Looking for a road bike upgrade? 5 reasons why disc brakes should be on the list

Nonetheless, true fans of the Italian stalwart are onto something. Centaur is light, precise, apparently reliable (time will tell, of course), and in theory is roughly the same price as its two main competitors.

Both Shimano and SRAM offer disc brake versions of 105 and Rival 22, so they automatically get extra points straight away. These two groupsets are so similar in terms of performance that it’s easier to compare their differences. The main variation is the method by which the rider changes gears via the levers. 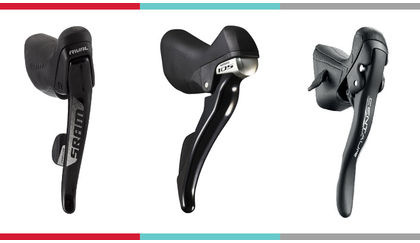 SRAM uses what it calls a DoubleTap mechanism. A shift paddle located behind the brake lever handles both upshifts and downshifts. You tap it to move to a smaller sprocket, and you push it further to shift the other direction. Shifting at the front operates in a similar way.

It is unfair to say one system is better than the other – having ridden both, it is reasonable to say that the one you rode most recently feels the best. It really comes down to personal preference.

One factor that can influence a decision is reach adjustment. The 105 levers offer 10mm of reach adjustment for smaller hands while Rival 22 offers individual reach adjustment of both the brake lever and the shift paddle. On the flipside, the imposing size of the SRAM brake lever hoods is seen as a negative by some riders (others, of course, love it as it provides good grip while riding in a time trial position with the forearms horizontal. Again, personal preference.) 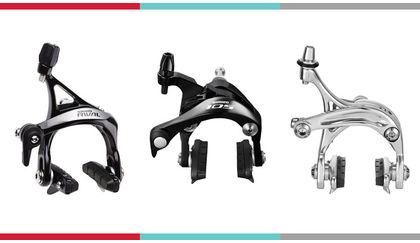 Excluding disc brakes, the dual-pivot caliper brakes used by 105 and Rival 22 are similar in performance to each other, and to those of Centaur. If forced to choose, I would venture to say that the Shimano brakes have the best pure stopping power, but SRAM and Campagnolo have a more delicate touch with better control.

The interchangeable chains and rear cassettes of SRAM and Shimano are very similar; conventional wisdom and personal experience tell us that the SRAM chain is always louder but there is no real evidence of this. 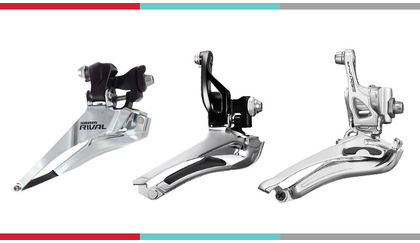 The Yaw Technology employed by SRAM on its front derailleur means that the whole system pivots slightly to negate any derailleur rub when “cross-chaining” (that is, engaging the small chainring at the front and the largest gear at the back, or vice versa). It can be tricky to adjust, but once it’s dialed in correctly their claims are true, and the chain will never rub regardless of the torture you subject it to. The 105 front derailleur has no such technology, so it loses a few points in that department, although on-the-fly adjustment is not too difficult.

So, putting aside the disc brake dilemma once again, which groupset feels best to ride? SRAM has the trademark ratchet noise accompanying each perfectly-aligned gearshift, Campagnolo has that unmistakable European feel and sound to it, but the overall combination of seamless shifting, bulletproof reliability and superior stopping power puts Shimano slightly in front.

All things being equal...

When it comes to weight, the three competitors are very similar indeed. Rival 22 wins the weight war, coming in at 2,377 grams, followed by 2,480 grams for Shimano 105 and 2,493 grams for the Campagnolo Centaur.

In their numerous press releases, Campagnolo have claimed that Centaur will be available at a price similar to its rivals (pardon the pun). This may be true in time, as discounts and mass production drive prices down, but at the time of writing the Italian groupset (8 piece set – derailleurs, Ergopower shifters, cassette, chain, crankset, BB cups, brakeset) lists for $705 USD (black) or $745 (silver), as opposed to $379 for Shimano 105 and $476 for SRAM Rival 22. Is Centaur $250 better than the other two? No, it’s not.

Here’s how we at BikeRoar see it:

If all three groupsets were exactly the same price, we would rank them:

But they’re not all the same price, or not yet, anyway. So we’re swapping the last two around, so our ranking now reads:

Don’t just take our word for it, though. If you’re in the market for a new bike, insist on test-riding them all at your local bike shop so you can make up your own mind.

How to use your bike's front shifter and derailleur for effective gearing, and how to use the trim feature for an even quieter ride... READ MORE

Shimano offers a wide range of groupset options to allow the buyer to choose which level of componentry they would like. Which one is right for you? READ MORE