Looking for a road bike upgrade? 5 reasons why disc brakes should be on the list 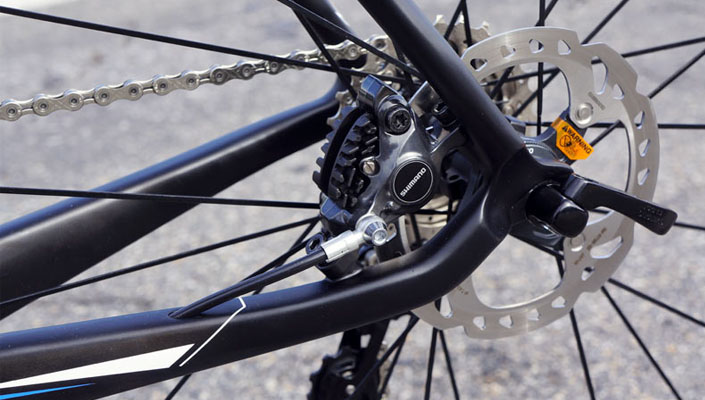 Disc brakes on road bikes is THE hot topic at the moment, and it seems as though there are as many opinions circulating as there are Speedplays in a cafe on Sunday morning.

Despite what the hardcore, die hard rim brake fans might say, this is a trend that is definitely on its way and being pushed by the industry. Predictions are that in a few years, disc brakes will be pretty much standard on roadies.

It's hard to argue that rim brakes are more effective than discs as a method of stopping and as mountain bikers will be only too happy to tell you, the technology isn't new. They've been enjoying it for quite some time.

So, if you are looking at upgrading your ride in the next 12 months, here are 5 reasons why you might want to consider a road bike with disc brakes...

Go to almost any blog or forum and there will be questions around braking in wet or slightly off-road conditions. There is always going to be a balance between respecting the conditions on the road and not losing momentum. For road bikes, which traditionally ride on completely sealed roads and rely on a smooth tire's contact with the pavement, it's almost unbelievable that disc brakes have not been introduced sooner. Not only are disc brakes still likely to be functional irrespective of how true your wheel is (ie after a crash), they are not as affected by water and grit. This gives road bikes consistency in braking even in inclement conditions.

To sustain the friction and force rim brakes create on the braking surface, wheels must be made out of a very narrow range and combination of materials. In the ever-present quest to lighten bicycle components, the redundancy of a braking surface opens up a new world of possibilities. Wheels will be able to be made of a much wider variety of materials, some of which may prove to be much lighter than the lightest today. And, as a bonus, with the re-engineering of forks to withstand the forces that disc brakes put through it, there is definitely the opportunity for vibration and road feel to be further improved in designs. 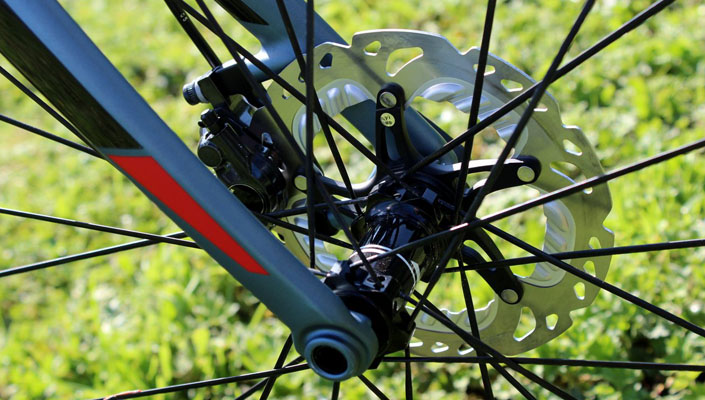 What was once only seen on cyclocross bikes has now, with the advent of new lighter weight materials and technolgies, began to appear on endurance road bikes. UCI approval and Pro Tour next?
image: roadcyclinguk.com

In general, one of the key differences between rim and disc brakes is the amount of control one has while braking. Put simply, rim brakes have "on" or "off", with little room for any type of middle ground. With disc brakes, you get much more control over just how much brake force you are applying. This means you're actually able to brake "a little bit" without losing so much momentum that you can't quickly accelerate if you need to. 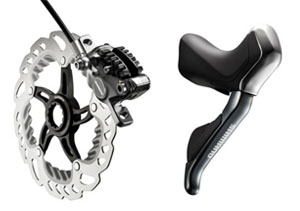 As if we needed more choices in bicycle components... who are we kidding. We love upgrades. With disc brakes, you will be able to buy them cabled (as in most rim brakes, cables that run across your top tube or internally if you already have a fancy bike), which squeeze the calipers when activated. Alternatively, you can also buy your new disc brakes which operate via hydraulics (cue: ooooohhhh), which work via fluid compressing to activate the calipers. A very advanced and clean system, it's used for almost all heavy equipment on mining sites because of how effective it is.

Another thread in the comments section of those blogs or forums you might be reading may refer to the differences in weight between rim and disc brake components. It's true that the disc itself and the braking mechanism is slightly heavier, however the laws of physics tell us that with a rotating mass such as a wheel, it is actually much more effective to lighten it as far out from the hub as possible. Which is pretty much fancy talk for "even if the components have slightly more mass, that mass will "mean less" as the wheels rotate".

With time comes change and with change comes improvements. The cycling industry is one of the fastest growing sporting industries in the world, and in recent times actually surpassed Formula One in its progression through technological advances.... READ MORE