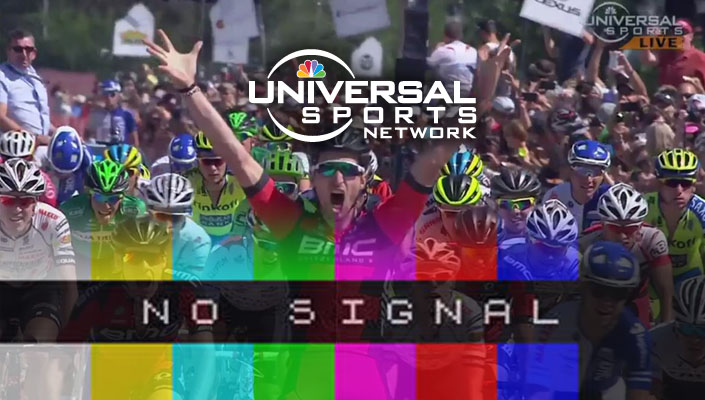 Cycling fans used to tuning in to Universal Sports Network for bicycle races may soon be left looking elsewhere with the reported shut down of the U.S. cable channel next month.

Sports Business Daily is reporting Universal Sports TV will be shutting down and that its signal would be taken down Nov. 16.

The SBD report says NBC, a minority stake owner of Universal Sports, will pick up the channel’s broadcast rights for Olympic sports, though it’s unclear how it will utilize them on existing channels, like NBCSN. It's also not clear to what extent this includes any or all of the various cycling events, though NBC Sports Group indicates there will be "more information regarding our plans when the transaction closes in November."

Are you a time-zone unfortunate, Le Tour armchair cycling nut, primed and ready with three weeks of snacks and drinks for a marathon grand tour viewing spectacular? Ever wondered what it's really like to be there? Take it from us, you don't know what you're missing... READ MORE

Pedaling seems pretty simple, but when you break it down into its component phases it becomes evident that a good pedal stroke can save you energy and a poor one can waste power and effort... READ MORE