The Future of the Bicycle Industry Comes to Melbourne 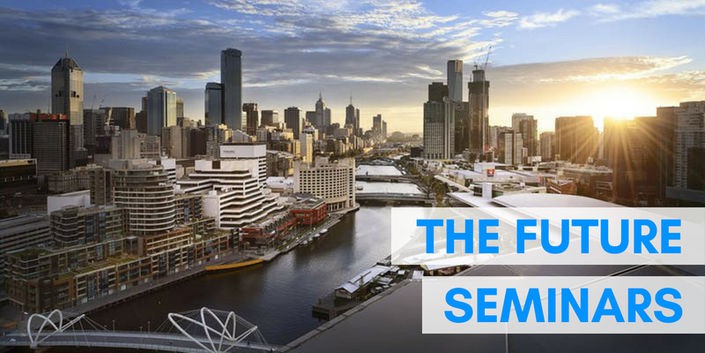 In an Australian bicycle industry first, the Taiwan External Trade Development Council (TAITRA), organisers of the Taipei Cycle Show, are bringing ‘The Future Seminars’ to the Melbourne Conference & Exhibition Centre next month; where industry leaders and academics from Taiwan and Australia, will present talks on the Smart Technologies driving the bicycle industries - from design to manufacturing, active transport and consumer product development.

The emergence of SMART (Self-Monitoring And Reporting Technology) Technologies, have dominated all aspects of consumer life, from our ‘smart’ phones, to the cars we drive, the devices we rely on for work, education and navigation, to the ‘smart houses’ and ‘smart cities’ we (will) live in. AI, Machine Learning, Big Data, Smart Energy, Inter-Facial Technologies, and the IoT (Internet of Things) more broadly, are central to the present and the future of the world we live in – and inevitably too, the bicycles, components and accessories we design, make, retail, buy or hire.

The Future Seminars speakers include:

PLUS!! PRIZES, GIVEAWAYS & EXCLUSIVE OFFERS from our wonderful partners at China Airlines and Knog.

China Airlines are kindly giving away a return airfare ex Melbourne or Sydney, direct to Taipei to attend the 2018 Taipei Cycle Show – plus they will be announcing discounted flight offers for people attending Taipei Cycle later this year.

Knog are giving away 10 brand new Knog lights to some lucky attendees. How new? So new, they don’t even officially exist yet. So new, we’re embargoed from telling you anything about them yet. That new!

Breakfast bites and barista brewed coffee on offer from 6.30am.

Taiwan used to be where Europeans, Americans and indeed Australians had their products made cheaply. As Taiwan, its economy, its capabilities and its people have progressed and evolved, it has more and more become the hub for high quality production, technology and R&D. It is therefore no fluke that, the world’s most important and influential bicycle factories, are mostly located or head quartered in and around Taichung, Taiwan.

This combination as trusted, one-stop sourcing point for both premium bicycle and electronic products, uniquely situates Taiwan firmly at the centre of the bicycle industry’s ‘Smart Technology’ driven Future; especially for a modern, active and wealthy market like Australia, where its consumers are as well known for being early adopters (and indeed, developers) of new technologies, as they are of modes of exercise or transport.

The Smart Future of the bicycle Industry is on display at Taipei Cycle this Oct 30th to Nov 3rd, 2018.

The Future Seminars will reveal what to expect at this year’s Taipei Cycle, plus the Smart Technologies driving the latest bicycle products and trends, now and into the Future.

Better Bike Business
Better Bike Business was established in Melbourne in 2013, by experienced bicycle industry professional, Jonathon Nunan, to provide SME consultancy, strategy, assessment and business improvement to businesses and organisations working in, or with, the bicycle and bicycle related industries or markets. Jonathon, a 20 year veteran of the bicycle industry in both Australia and the UK, spanning retail and distribution, is a former elite level track rider, part time race commentator and regular expert contributor to several leading bicycle industry publications.

RELATED ARTICLE:
Put your business on the bike map

When a trickle of bicycle tourists passing through your city or town turns into a steady flow, how can a local business tap the opportunity? Here are a few pro-tips for getting started... READ MORE

RELATED ARTICLE:
The Bike Share Boom – What It Means For Bike Retailers

We examine how cheap, ubiquitous share bikes can impact bike shops and if their growth presents an opportunity or danger to overall bicycle retailing business... READ MORE