The Bike Share Boom – What It Means For Bike Retailers 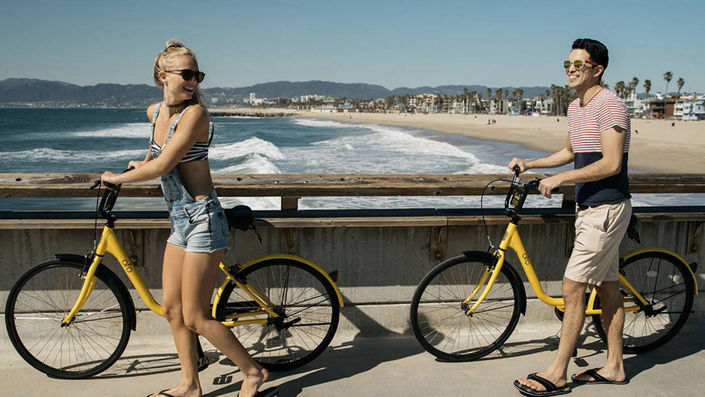 If you live in a major urban center in most parts of the planet right now, you will likely be aware of the rapidly emerging presence of public share bicycles all over your sidewalks, around your train stations, and in your city squares.

And if you're a bicycle retailer in one of those cities, you're possibly a little anxious right now. Will it affect your business? Should you be worried? Or will it ultimately be a boost for bicycle retailers?

So, how big is the bike share industry then? 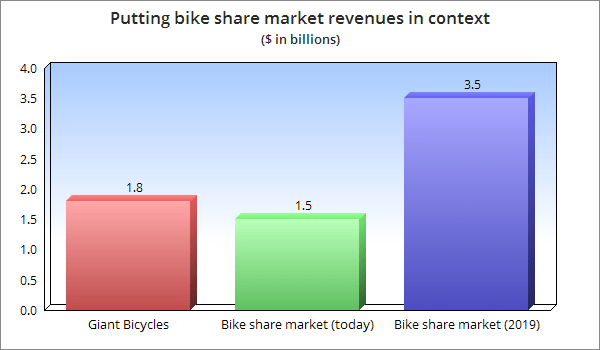 Forbes estimates current annual bike share revenues at close to $1.5 billion, growing to $3.5 billion by 2019! To put that into context, Giant, the world's largest bike company, responsible for about 10% of the world's annual bicycle sales, is generating about $1.8 billion per annum.

The two largest players are “Mobike” and “Ofo,” both from China. As with most of the larger bike share players, they are backed by enormous venture capital firms and major technology players. Ofo just announced their company valuation at $2 billion. Their 26-year-old CEO started his company just two years ago with about $20,000 in the bank. It is now backed by China's Uber-beating challenger, “Didi Chuxing” and “Alibaba” — four times bigger than Amazon and eBay combined!

What's driving the numbers & the investment? 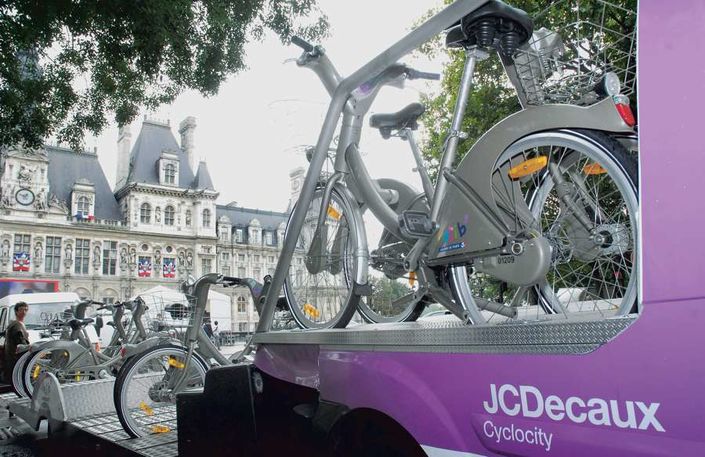 For the ground-breaking French bike share systems, it was, and largely still is, all about advertising revenue. Paris's world famous "Velib" bike share operator, JC Decaux, best known to most of us for their bus shelters, is essentially an advertising company.

But what's driving the new powerhouses of bike share is DATA. Lots and lots of extremely valuable data. Mined primarily from tech savvy millennials and their credit card connected smart phones. Pretty much the same data mining, user profiling, spending behavior, and geo-mapping that has driven the likes of Uber, AirBnB, and Apple iTunes. For Chinese operators, it allowed them to create credit profiles for millions of young Chinese, which otherwise weren't available. Hence why this data was so valuable to the likes of Alibaba, Tencent, and Didi.

Whilst also data driven, motorcar company Ford have invested in the U.S. market leader "Motivate" bike share system to create and monitor more literal user mapping. As well as bike share, Ford are also moving into autonomous bus transit vehicles, and they see a time when both services will link up and become seamless in terms of use and payments. By being able to monitor the pathways chosen by bikeshare users, they believe it will help them develop optimized route planning.

The bike share boom will affect some bike shops, won't it?

It would be naive to suggest that the flooding of city centers with cheap, dockless share bikes won't create challenges and turnover pressures for some bike stores. Urban located 'value proposition' IBDs will more than likely feel the growing presence of bike share operators on their bottom lines.

I don't believe it's an asteroid moment for them, but it will certainly require a pause to re-evaluate their business models and strategies. Lease-purchasing and buy-back schemes could be used to convert those considering relying on share bikes, as well as remote servicing, deliveries, accessories deals, member discounts, etc.

But on the whole, the bike share boom should in fact be good for bike retail and the industry in general.

So Jonathon, what's the supposedly good news about bike share for IBDs? 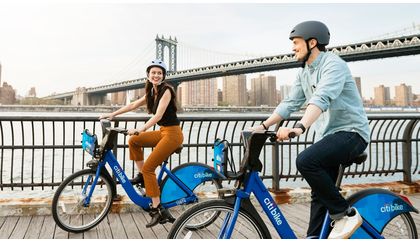 On the whole, bike share grows the consumer pie for the bike industry. This is because, in the most part, it is converting people from other 'active transport' options, public transport, ride share, and taxi/Uber trips. As a result, tens of thousands, hundreds of thousands, perhaps millions of people are discovering, or more likely, rediscovering, the joy and convenience of this affordable alternative to getting around an ever more congested urban landscape, the humble bicycle.

Anyone who has taken up golf, skiing, sailing, or other equipment-reliant activities, will more than likely have first experienced it using hire equipment. And despite pro shops, ski stations and yacht clubs constantly being filled with hire equipment, it doesn't slow down sales in those categories. In fact, it is a critical driver for sales, as we progress to something better, lighter, more personalized, and more capable.

Public access bikes also increase the number of cyclists on roads and bike paths, especially in cities, where public bikes number in the thousands or even tens of thousands. This helps to create a form of 'critical mass' which may have not been present before. This boost of bicycle presence claims road space, makes cyclists more visible, and hence makes drivers more aware. It also emboldens other cyclists to consider using their own bikes for commutes and exercise in built up areas, especially those who are most typically dissuaded: women, children, and older people. 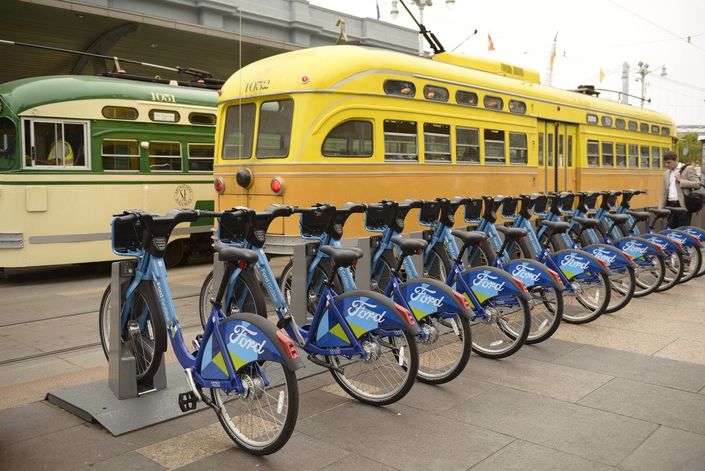 Love them or loathe them, the bike share boom is forcing councils, governments and planning authorities all over the globe to either develop or accelerate planning and investment in cycling infrastructure, pathways, facilities and safety mechanisms. Conversations are happening in meeting rooms right now (including several that I've sat in lately myself), that I can guarantee you would not be happening if it were not for the tangible pressure and pressing reality of bike share and the urgent need to develop active transport solutions and investment.

Anyone in the bike game knows that, more than any other factors, lack of safe, well designed cycling pathways, parking infrastructure, and end of ride facilities has hung an anchor on participation growth, especially amongst women, kids, migrants, and the elderly. If the pressure from bike share helps to speed up planning and investment in cycling pathways and bike parking, then bicycle retailers can fully expect to benefit from the increase in sales that will inevitably follow.

4. Bike Share Exposes Cyclists to Categories of Bikes They May Not Have Considered Purchasing Before

Hanging on one of the bike racks in my garage is my Campag equipped, Ducati carbon road bike, waiting with anticipation for its next outing. And somewhere else in the darker corners of my garage sits some very dusty medals and trophies from a former life. In short, I'm your classic MAMIL.

But despite my Lycra credentials, whenever I visit somewhere like Paris, Florence, or Seville, I invariably find myself astride a hired city bike, complete with bell and kickstand. And what fun it is, too. Those days spent exploring lanes and piazzas on a sturdy 'sit up and beg' steed certainly inspired me to buy one of my own when I returned home — a story I think familiar for so many cycling enthusiasts who've experienced hire bikes on their travels. 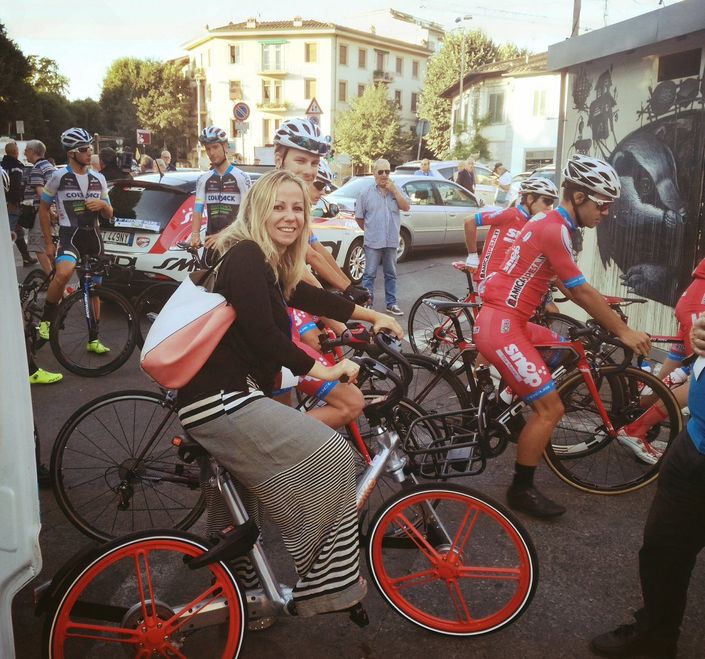 And so it will be with respect to the swathe of hire bikes filling our city streets. For the first time, or perhaps in a long time, more and more people will encounter, or indeed rediscover, the simple joy of riding city bikes, perhaps cargo bikes, mini bikes, or quite possibly e-bikes and pedelecs. This will surely inspire more people to add a more upright and comfortable stable mate alongside their favorite lightweight machine(s). And no doubt, any naysayers with regards to e-bikes will be instant converts the moment they sit astride a share system e-bike, which can be found in more and more cities these days. E-bike sales significantly boost average bike sales value for retailers, as well as bringing a whole new audience to their stores.

The swarm of bike share systems can be viewed a little like the emergence of online retail and the internet in general. It can appear large, mysterious and menacing to bicycle retailers. But rather than view it as business you're not getting, see it as either business you didn't have in the first place, or the creation of a growing pool of cycling consumers and converts. Customers who will at some point give you a chance to win their support and patronage.

RELATED ARTICLE:
Boost Turnover & Profit by Valuing What You Do

What you do as a bike shop is valuable, and what you track and how you communicate it with customers is key to unlocking the value and profit that moves your business forward. READ MORE

RELATED ARTICLE:
Put your business on the bike map

When a trickle of bicycle tourists passing through your city or town turns into a steady flow, how can a local business tap the opportunity? Here are a few pro-tips for getting started. READ MORE