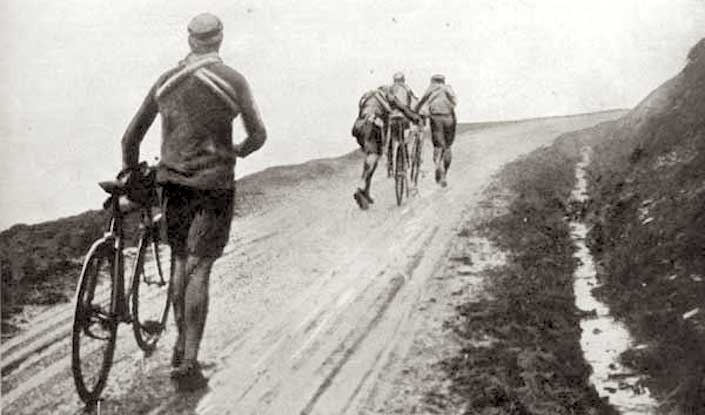 Thys, Christophe, Buysse and Garrigou in a Pyreneen stage of the 1913 Tour de France.
Photo: BikeRaceInfo

The history of professional cycling is rich with creative ways of gaining that little bit of an edge on the competition. BikeRoar has delved into the annals of cycling lore and dug out our own top four great cheats from cycling’s greatest race.

Use your fans to your advantage - Antoine Fauré

The 1904 Tour de France was a veritable smorgasbord of cheating activity. Many riders decided to trade in their iron horses for rides in trains and cars for big parts of various stages. Actually, the number of riders who decided that trains and cars were better equipped for the Tour than riding a bike included all the stage winners – and the top four in the general classification – all of whom were promptly disqualified at the end of the race.

During the race, France’s Antoine Fauré showed a much more innovative approach to getting ahead of the competition. During the stage, Fauré attacked. Further up the road he passed a group of more than 100 of his fans, who spilled out onto the road after he had passed and blocked the way for the chasing peloton, who had to get off their bikes to find a way through the crowd. 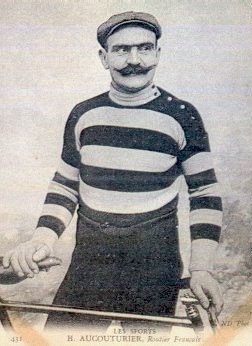 While other riders in 1904 rode in cars, the incredibly named Hippolyte Aucouturier showed more ingenuity. Aucouturier, who, on a sidenote, would win the prize for best moustache ever in professional cycling, tied a piece of string to the back of a car. To the other end of the string he tied a bit of cork.

Now the idea was for Aucouturier to bite down on the cork and then be towed along by the car, all the while presumably praying with clenched teeth that no-one found out – and that the car towing him wouldn’t decide to go for a sudden acceleration which would probably pull out most of his teeth at once. Of course, someone spotted the string. 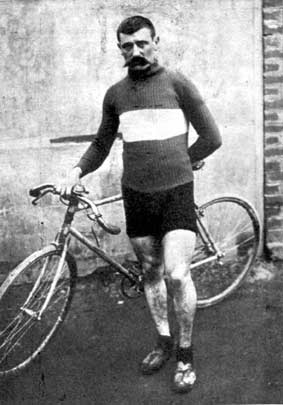 Eugène Christophe, who rode the 1913 edition of the tour, is probably the least deserving cheater ever ‘caught’ cheating at the Tour de France. During the race, his forks broke on the descent of the famous Col du Tourmalet. This meant that he had to run with his bike over his shoulder the rest of the way down the mountain. In the valley below he found a blacksmith who let him use his tools to repair the bike.

The rules at the time stated that riders weren’t allowed to receive any sort of help at all, so Christophe battled with the repairs on his own and finally got his bike back in a shape that allowed him to continue the race. However, when he finally crossed the line that day, he was promptly handed a time penalty. The reason: the blacksmith’s young assistant had helped work the bellows, which meant that he, in the eyes of what might have been the most bureaucratic race commissioner ever, had cheated. 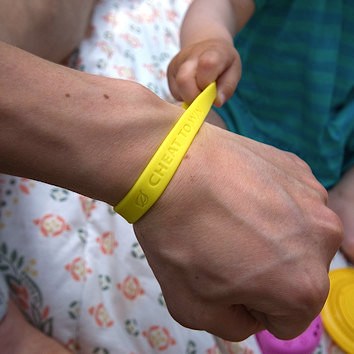 This one might be a slightly controversial choice for some, and you might not agree, but our argument is as follows:

Consider the facts: Armstrong ‘won’ a total of seven Tour de Frances. The tour is the most intensely followed race in the world, the riders go around all of France, more or less moving all the time, they cross country borders, are constantly watched by the press, have fans in their heels everywhere. Even preparing for the tour, most of the big names will seldom have much time on their own, what with the antidoping agencies supposedly showing up here, there and everywhere unannounced.

Through all of this, Lance Armstrong managed to dope himself before and throughout the tour, while riding as captain of a team that must have been riding the tour carrying more drugs than your average chemists without anyone finding out. For seven years...

HEADS UP!  Check out "Biggest climbs, shortest times - Cycling doped vs. clean comparison" for an insight into how doping may have affected the top performances of the most iconic climbs in the Tour de France.