Speed skating and cycling - the similarities are uncanny 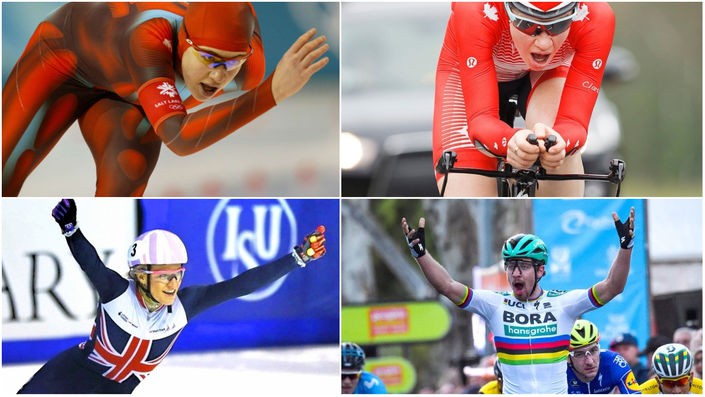 As a three-time Olympic speed skater (AUS) and life long cyclist, I draw experience and strength from both sports. Competing at a high level in each, I imparted different skills that I was able to draw on when racing and training. In truth, the similarities are uncanny. 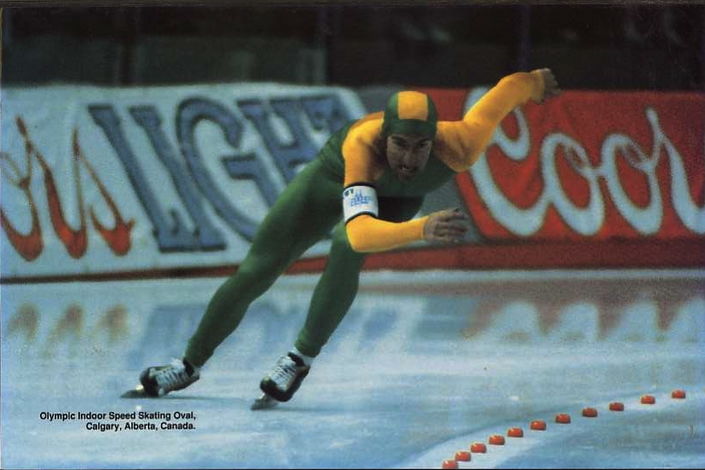 The tactics and mentality in cycling and speed skating are almost identical. They both have disciplines that divide athletes into styles and specialties. In cycling, there is road racing, criterium, cyclocross, mountain biking, BMX, track, gravel grinding... the list goes on. Within the realm of speed skating there are also many disciplines such as long track, short track, marathon, and mass start. With each of these sets there are subsets of specialists such as all-rounders, sprinters, middle-distance, and long-distance racers, in both long track and short track. There is also an elusive creature called the "natural ice specialist," (though climate change makes the natural ice specialist a dying breed). At the core of it all, we are cyclists or speed skaters or both.

Similarities of speed skating and cycling 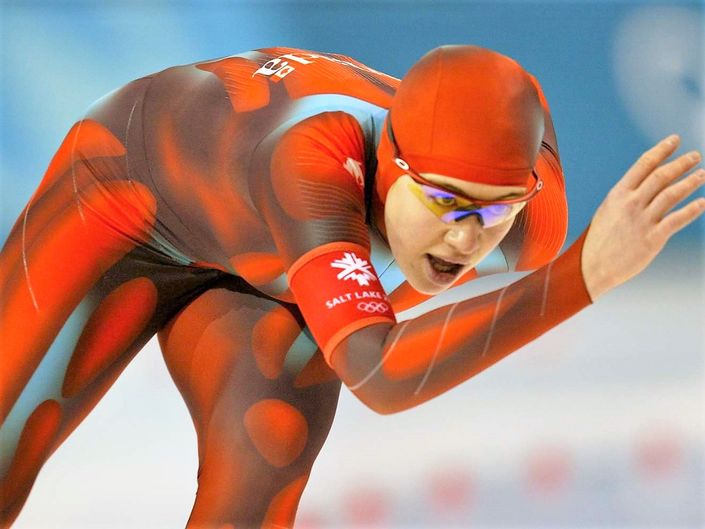 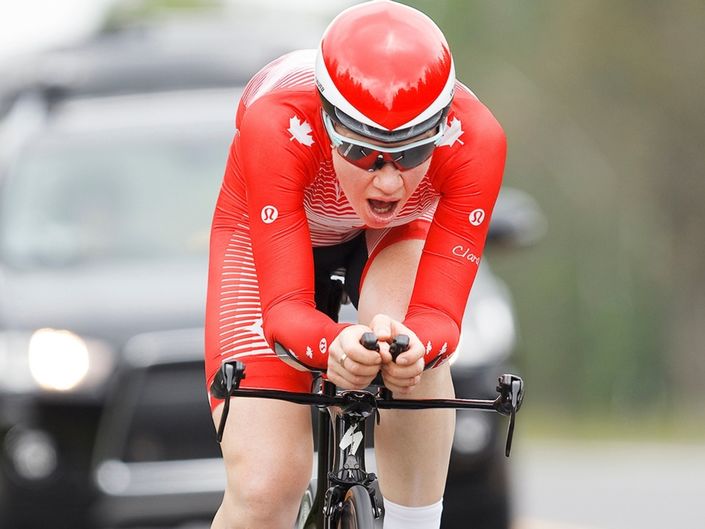 See for yourself – both speed skaters and cyclist are usually hunched forward, using the same major muscle groups – pumping legs, core muscles – and sucking up oxygen to fuel those muscles. 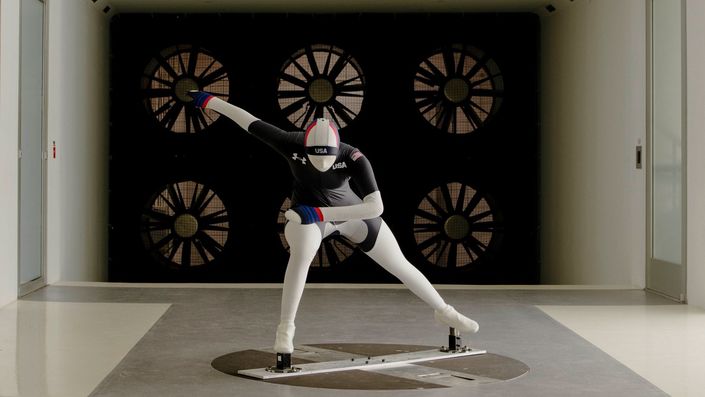 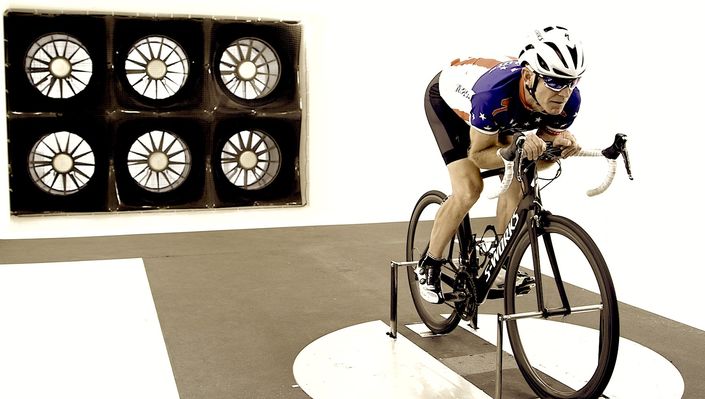 The hunched over position is also about aerodynamics, trying to slip through the wind and save precious energy and seconds. Speed skaters and cyclists tune their motions and positions, their clothing (skinsuits and speed suits), and the rest of their gear using wind tunnel testing.

Like in cycling, speed skaters draft each other. In training we do many laps together, each swapping turns on the front. This way you get your miles in and take turns out of the wind. In racing, drafting helps to save energy that can be expended later to hopefully win the race.

Helmets for both sports are incredibly similar, though skating helmets have two distinct restrictions: 1) They can't have a pointed shape – backwards falls are more common and pointy helmets risk neck injury in those cases, and 2) Vent size is restricted so as to prevent skate blades from penetrating. 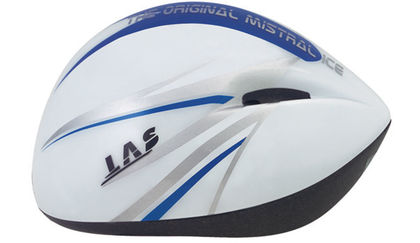 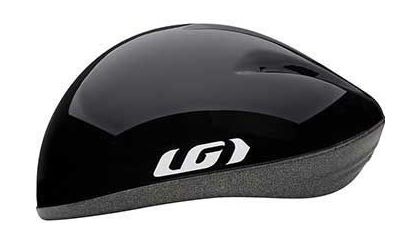 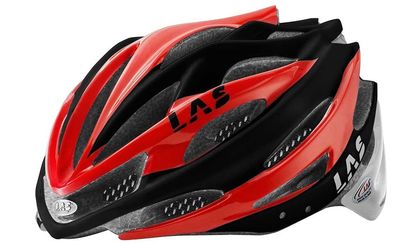 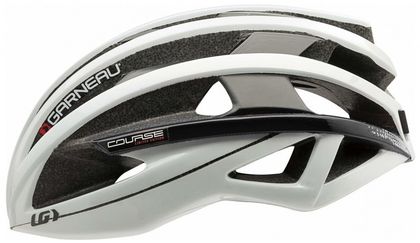 Skate and bike helmets from LG and LAS

Many of the well-known brands in cycling make skating helmets, including Giro, Louis Garneau (LG), and LAS. Some brands make helmets certified for both uses.

Speed skaters also use full fingered gloves, knee pads, and shin pads, kind of like body armor in mountain biking. Speed skaters also use neck protectors, although the neck protectors in speed skating are made of ballistic nylon or Kevlar to protect from blade cuts, whereas mountain biking neck braces are to prevent impact injuries to the neck and spine.

RELATED: Neck Braces: Should you be wearing one? 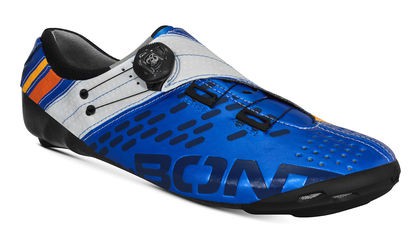 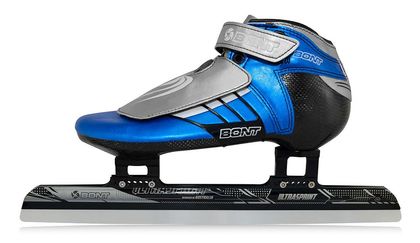 Both cycling and speed skating are about suffering. The athlete who can endure the most pain will usually prevail. Mental toughness and discipline are a part of everyday life when training for these sports and that is the draw. Crossing the finish line with nothing left in the tank is the goal. 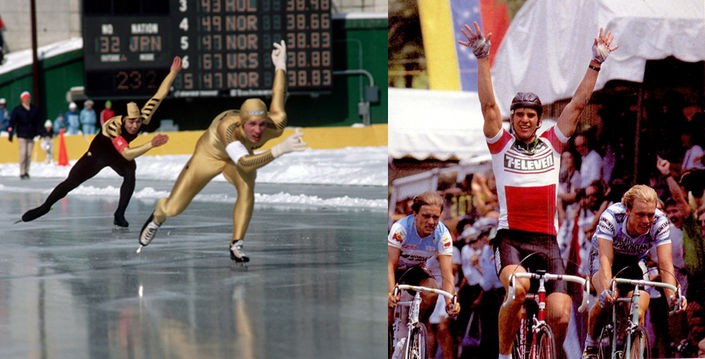 Eric Heiden (USA) is a five-time gold medal Olympian (Lake Placid - 1980) and multi-time world champion skater who went on to professional cycling as a founding member of the 7-Eleven team (under the management of his former speed skating coach and ex-bike racer, Jim Ochowicz).

Clara Hughes (CAN) (pictured in the above section 'Physiology') has won multiple Olympic medals and claims the rare feat of medaling in both Summer and Winter Olympic Games. Hughes started out as a skater, winning a junior national title in 1990. She left to focus on pro cycling in the 90s, then returned to speed skating, while still bike racing in the 2000s. In 2010, Hughes announced her comeback to international cycling competition and made the Canadian team for the 2012 London Olympics.

Racing types and similarities of cycling and speed skating

If you're watching some speed skating or ice racing in the Winter Olympics or elsewhere, here is a brief description of the types and how they relate to cycling.

Long track is the granddaddy of the sport. This was one of the original sports in the first Winter Olympic Games in 1924 in Chamonix, France. Two athletes on the ice in separate lanes going as hard as they can to try to get the fastest time. There is occasional drafting in races when the two athletes cross from outer track to inner track or vice versa. Unlike cycling, speed skaters have no power meter or onboard computer to determine speed; they must simply know how fast they are going every lap. At the international level, skaters can nail their lap times down to the 100th of a second. Skaters race over distances of 500 m, 1000 m, 1500 m, 3000 m, 5000 m, and 10,000 m.

A new addition to long track speed skating is the team pursuit and mass start races. Team pursuit is just like velodrome bike racing: two teams of skaters on opposite sides of the track, one team attempting to defeat the other, working together, swapping turns. It’s all about the team and the fastest time.

RELATED: Give it a go: 5 reasons to ride and train at your local velodrome 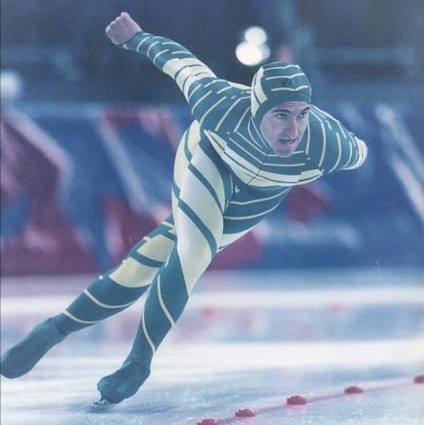 Mass start racing can be compared to a bunch race on the track or even a bicycle road race. In the Olympics, the mass start race is run with 28 skaters racing over the distance of 16 laps (6400 m). This event has heats and finals.

There is a professional version of this race in Europe. Skaters race over 100+ laps of an ice oval or on natural ice on lakes and frozen canals over distances of up to 200 km. This professional version is more like cycling. Skaters race for sponsored teams. They swap turns on the front, they attempt to break away, they support team members and of course sprint for the finish. I raced a couple of natural ice races in my time in Europe and the feeling of skating in a bunch of 100 athletes through towns and across frozen lakes is very similar to a road race on the bike. 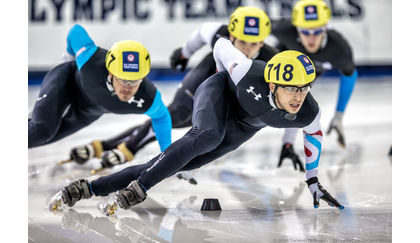 At first glance short track will remind you of roller derby. There are thrills and spills, crashes, and lead changes. The 110 m oval made on a hockey rink has super tight corners, creating an extremely unstable racing experience. The sport is non-contact, but contact is inevitable. Falling at high speed into the padding that lines the boards is still extremely dangerous because the blades are razor sharp. Athletes wear shin pads, neck protectors, cut-proof gloves and helmets. In the past athletes have been seriously cut by competitors blades during a fall. Racing short track is like rolling the dice. You can be the fastest on the ice, but if you crash or someone crashes you, you may not make it out of your first race. One tactic you will see in short track is the dragging of the left hand on the ice when cornering. This assists the skaters in balance when leaning into the turn, prevents skaters from diving down the inside of them, and it also sprays water into the faces of the skaters behind.

Those familiar with madison racing on the velodrome will understand the short track relay. Skaters race a lap of two of the 110 m oval then make an exchange to a teammate that has made their way into position on the track in front of them. This event looks quite confusing. Teams of four skaters making exchanges every lap or so. Other teammates circle at center ice wait to make their exchange. Of course, there are crashes, recoveries, and lead changes. The winner is never certain until the race is complete.

Show me the money

There is one other thing that separates speed skaters from cyclists – money. In cycling, the professionals can make hundreds of thousands and even millions of dollars racing. This is simply not the case in speed skating, even at the highest level, unless you are from Holland where long track speed skating is the national sport and nearly the religion. For everyone else that isn’t Dutch, some income can be derived from sponsors and appearances following an Olympic victory, but most speed skaters will never make a living from the sport they love. In spite of this, athletes devote their lives to this wonderful and incredibly difficult sport.

Training and racing our bikes is what makes us tick, but can we get too much of a good thing? Here are 5 ways to maintain general fitness that will translate directly over to the bike... READ MORE

Crunched for time and can't get on the bike? Here are some quick kick-ass exercises to help your cycling fitness... READ MORE