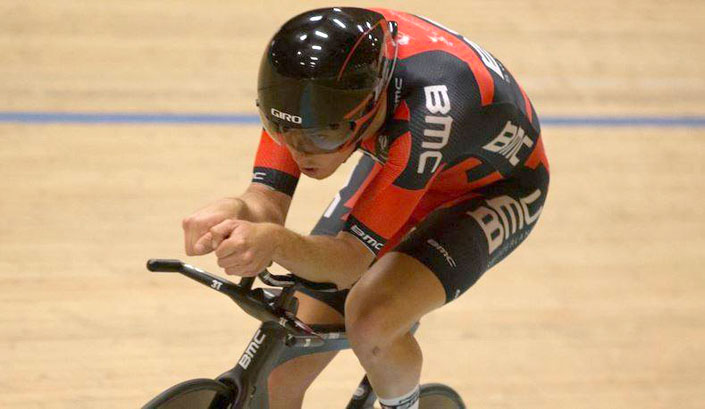 The Australian covered 52.491km at the Velodrome Suisse in Grechen, Switzerland to become the first rider to surpass the 52km barrier since the UCI stipulated that riders must compete on bikes that were approved for track racing. 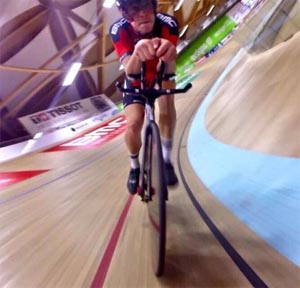 In stark contrast to compatriot Jack Bobridge, who covered 51.300km in his failed record bid a week earlier and had to be lifted from his bike before vomiting trackside, Dennis coasted jubilantly to a stop, soaked up the atmosphere in the stadium and triumphantly hoisted his bike overhead.

"I am pretty tired," he conceded only minutes after climbing off his bike. "But more than that I'm proud and excited. It was a great week leading up to tonight - the support I've been given from BMC has been priceless. And the crowd were just amazing, especially when they knew the record was going to be a reality. They kept cheering, kept driving me on. I knew the record was mine but I wanted to keep going, to suffer as long as I could. I knew it was 208 laps to equal Brandle's record; once I got past that I really dug extra deep to finish off the hour."

Showing excellent form and textbook track technique, Dennis came out of his obligatory standing start looking smooth and in complete control. At the halfway point he was on target to complete 52.726km, and blitzed through 40 kilometres in 45min 26sec. With 10 minutes to go his projected estimate was 52.805km, but he slowed ever so slightly, allowing his average speed to dip below 52km/h for the last 8 minutes. It was more than enough to shatter Austrian Matthias Brandle's mark, to cement his own place in cycling folklore and to act as a springboard for the remainder of an already stellar season. 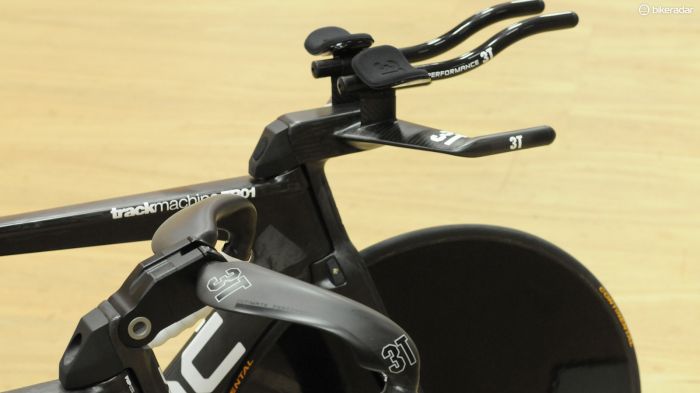 "I'm not looking too far ahead right at the moment," Dennis admitted from a trackside armchair. "I had a great TDU" (he won the Tour Down Under ProTour event in Adelaide, South Australia in late January)"then jumped straight on a plane to come here. As a team, we have been fine-tuning things all this week, working on pacing, bike position... making sure there were no surprises tonight. And it worked perfectly. The preparation was so good that I knew the record was mine. We just had to follow through on what we had rehearsed. Honestly, there was no pressure because we were just so well prepared."

What about seeing his friend Bobridge come so agonizingly close to claiming the record for himself only a week earlier? Did it serve as motivation, or as a warning that this merciless solo event doesn't play favourites?

"Neither, really. I watched his splits while I was on a plane to Barcelona, and it seemed pretty clear even then that he just went out too hard. He should have taken the record that night; he had the form, the pedigree and loads of experience on the track. I probably learned a bit from his mistake, but it didn't alter how we planned out tonight's ride."

UCI President Brian Cookson was on hand to congratulate Dennis. 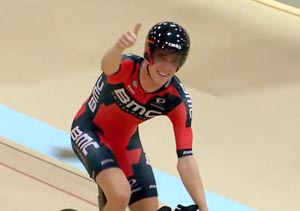 "Rohan's performance was absolutely stellar," he said. "As a former world pursuit champion and Olympic track medallist he was always going to give the record a nudge. It's an absolute delight to see riders from outside Europe having a crack at this legendary record."

Dutch rider Thomas Dekker will make his own attempt on the record on February 25, and time trial specialist Sir Bradley Wiggins has also indicated he will launch his own assault some time later this year.

But for now, the iconic Hour belongs to the affable Australian, and as he says "They don't just give these World Records away. You have to go and take it."

RELATED ARTICLE:
Sixty minutes of pain and glory: Why suddenly so many challengers for the Hour Record?

Despite being one of cycling's most popular and elusive benchmarks for more than a century, the Hour Record has hit the headlines more times in the last 6 months than in the previous 6 years. This is in large part due to... READ MORE