The Hour: Brave effort but no World Record cigar for Bobridge 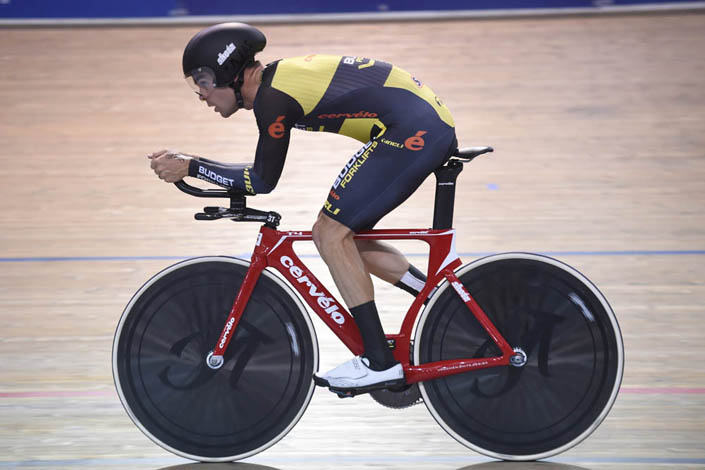 South Australia's Jack Bobridge put himself through "an hour of hell" on Saturday night in an unsuccessful attempt to snatch away Austrian Matthias Brandle's World Hour Record, set in October last year. Bobridge clocked up 51.300km, an agonizing 552m short of Brandle's mark and eclipsing the previous record set by German legend Jens Voigt in September by 185m.

The hugely popular Bobridge entered Melbourne's DISC velodrome like a boxing champ, complete with entourage and pounding music. The capacity crowd of 1300 worked themselves into a frenzy of cheering during his warm-up lap on his road bike, but an eerie and respectful silence fell as the countdown clocked ticked toward zero and Lightning Jack mounted his track bike.

He looked comfortable and settled in the early part of the hour and appeared to be slightly ahead of schedule, covering 36 laps in the first 10 minutes, which put his projected finishing distance just short of 54km.

His pedaling action was super-smooth, his body rock-steady on the bike and the atmosphere within the stadium was electric, with the increasingly vocal crowd sure they were about to witness history.

"The first 20 minutes was spot-on", Bobridge said. "I was riding to the power that we'd planned, but now that I look back at it maybe I went out a bit too quick. I had to re-settle. After 20 or 30 minutes you sort of realise just what you're in for - you know you're going to hell."

Between the 35- and 40-minute marks he went from being slightly ahead of schedule to being fractionally behind, and his previously textbook action on the bike began to look slightly forced and desperate, with his shoulders rolling wildly and his head starting to bob from side to side.

The crowd screamed encouragement, but it just wasn't enough - after 50 minutes he was almost 2 laps off the pace, and it seemed that only stubborn determination and pride were keeping him upright.

In a show of extreme courage he actually picked up the pace with 8 minutes to go, but by this stage it was clear to everyone he was going to fall tantalizingly short.

"I knew I was in trouble", Bobridge said. " But all you can do is focus on the things that are within your control - ride as smooth as you can, ride as hard as you can, ride that black line until there's nothing left."

"I was blown but I was trying not to stop." 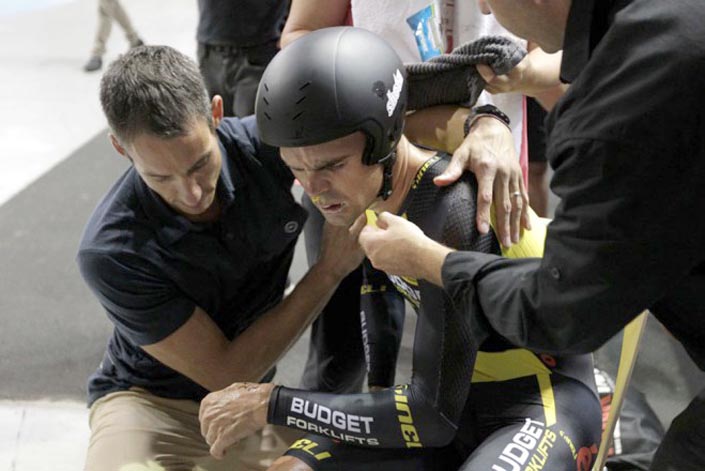 "The crowd was amazing and I didn't want to let anyone down. It's the hardest thing I've ever done in my life - I feel like it's the closest I'll ever come to dying before I do actually die, if you know what I mean. You wouldn't believe the pain I'm in now. It's just torn me apart."

Bobridge was throwing up for several minutes after he was helped from his bike.

After starring in last week's Tour Down Under, it was suggested that the race had taken too much out of Bobridge's legs, but he refused to use that or anything else as an excuse.

"I gave it all I had - that was it," he said emphatically.

Asked if he had any advice for his compatriot, Bobrdge laughed and said "Don't do it."