Sixty minutes of pain and glory: Why suddenly so many challengers for the Hour Record?

Sixty minutes of pain and glory - the Hour Record

Despite being one of cycling's most popular and elusive benchmarks for more than a century, the Hour Record - the distance a rider can cover on his or her bicycle in one hour riding alone - has hit the headlines more times in the last 6 months than in the previous 6 years. This is in large part due to the changes to the rules handed down by cycling's governing body, the UCI, in 2014 - these changes meant that a rider can use any bike that currently conforms to the rules for track pursuit bikes, so accessories such as high-tech aero bars and disc wheels are now permitted.

For an event that sounds so straightforward - go as far as you can in an hour - the history of The Hour is littered with drama and controversy. 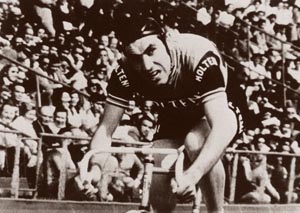 Founder of the Tour de France, Henri Desgrange, was another early record holder, notching up 35.325km in May 1893.

In 1898, William Hamilton caused an outcry when he travelled to Denver, Colorado, to take advantage of the thinner air at altitude: he smashed the record and was the first person to break the 40km barrier.

Seventy years later Mexico City became the venue of choice for those riders willing to push themselves - and the rules - to breaking point. First Ole Ritter, then the legendary Eddie Merckx, claimed the record, both of them nudging toward the magical 50km barrier; then Francesco Moser broke the record twice in 4 days in 1984, riding 50.808km and then an astounding 51.151km. Moser openly credited part of his success to his ground-breaking blood doping routine, which at the time was frowned upon but not technically illegal.

As bike technology and aerodynamics improved, more riders nominated to attempt the record - many of them, such as "The Flying Scotsman" Graeme Obree, riding outrageous, purpose-built aero bikes. In the three years from 1993 to 1996 the record was broken nine times. 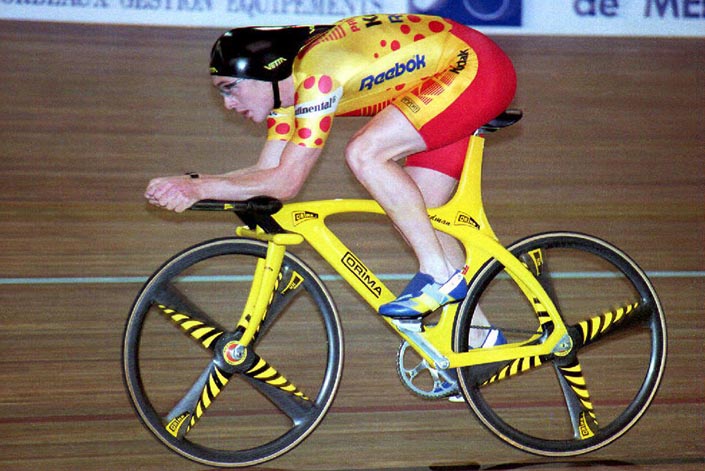 Theoretically cycling's most iconic record, pitting man and machine against the clock, where every rider from any generation can race against each other to see who can set the furthest distance in 60 minutes, the Hour record began to lose credibility and relevance as technology dethroned legends and specialists took over. In September 2000, the UCI established two Hour Records:

"Hour Record" - Done on a normal track bike with a normal riding postion. At the time of the change Eddy Merckx's 1972 record was re-established as the valid World Hour Record. Since then the record has been extended.

"Best Human Effort" - For those records using upright bikes without fairings but with other aero equipment such as disc wheels, aero bars and with special aerodynamic rider positions being allowed.

This was a seemingly rational way for the UCI to handle the diverging goals of the record setters. It has been calculated (bikecult.com) that Eddy Merckx required a herculean sustained effort of 485 watts, while Francesco Moser's effort on a modern time-trial bike with disc wheels that took him over a kilometer further needed only(!) 446 watts. 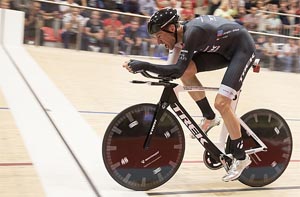 It was, however, a rather clumsy solution. Two records for one distance? Too complicated. After 14 years of pressure, the UCI did a backflip and unified the record, ruling that the standing record-holder would be Ondrej Sosenka, who set a mark of 49.700km in Moscow in 2005.

Enter Jens Voigt - man of the people, cycling legend and author of the immortal "Shut Up Legs!" On September 18, 2014 Voigt set a new Unified Record of 51.115km. 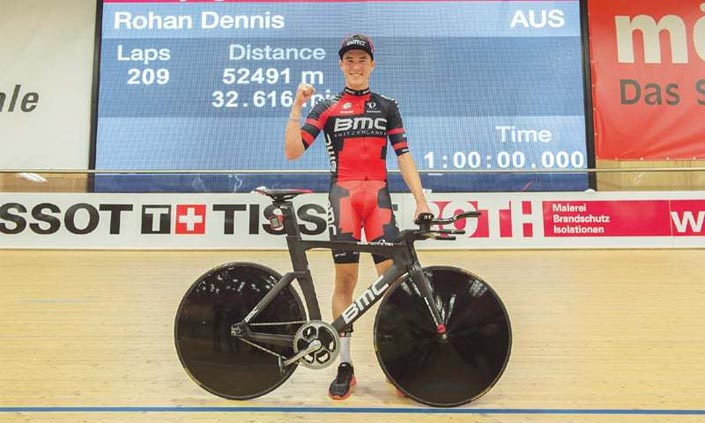 Dennis conceded that he wasn't just trying to break the record, although that was the primary goal - with time-trialing superstars Fabian Cancellara and Sir Bradley Wiggins looming large in the wings and contemplating attempts some time during 2015, he knew he had to significantly improve on the previous mark.

"We'll just have to wait and see," Dennis said of the upcoming threats to his new crown.

"It's a brutal, lonely event - the pain is overwhelming, and there are no guarantees. But that's all part of the attraction."