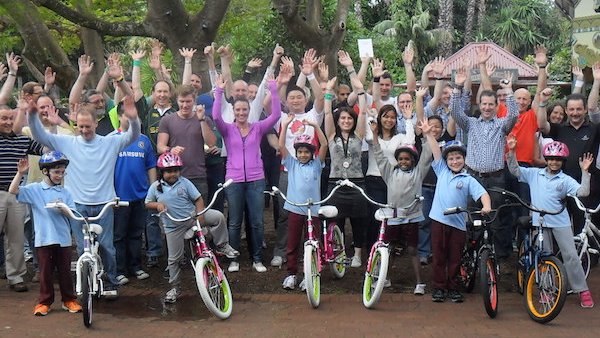 Share the joy of getting around and exploring by bicycle.
photo: totalteambuilding.com.au

By now, most of us are aware of the health benefits of riding a bike, and many of us also know that bicycles are a smart and inexpensive way to get around the cities we live in. But, do you know that bicycles can help to build and strengthen communities? It's true… read on.

Riding a bicycle around the cities in which I've lived has given me some unique perspectives and lots of enjoyment that people in cars simply do not experience. When I commuted to my last job back in Florida, my route took me past two Cuban bakeries and a coffee roaster within the first two miles… those delicious smells woke me up and helped make me feel like I was part of something larger. Then, as I headed toward downtown, I could ride along the river and catch occasional glimpses of dolphins and manatees feeding in the water beside me.

I asked a coworker (who lived very close to me and drove her car to work) if she had smelled the bread and coffee that morning. She had not. Then, I asked her if she'd ever seen dolphins in the river. She wasn't even aware that anything lived in that river! I started to think that people driving around were really missing the bigger (and better) picture.

See, those of us on two wheels are really plugged into our environments. We smell the smells, we spot the beautiful and the disgusting (roadkill, anyone?). We greet people along our way, catalog which stoplights we can trigger with our bikes, know secret shortcuts inaccessible to people in cars. We get to watch flowers bloom and wither as the seasons change, we notice familiar buildings with new coats of paint, and we discover hidden green spaces within neighborhoods. Riding bikes in the city gives us a far more intimate portrait of our communities than many other people, even some lifetime residents, get to enjoy.

Such intimacy breeds a sense of investment. We see the problems that those stuck behind a windshield are unaware of, or can blissfully ignore. Take, for example, road conditions: many cities have a system to report dangerous conditions like potholes, inoperable lights, and missing signs or hazardous storm drains. For motorists, many of those problems can be ignored, but for a cyclist, any of them could be deadly. My fellow cyclists and I have reported dozens of unsafe conditions, and the city comes out to fix them. Guess what? The reporting of problems, and those subsequent repairs, makes the city more enjoyable for everyone, not just the bike riders.

Over the years, my cyclist friends and I have spotted other problems… trash-strewn lots, unsafe structures, and other hazards. When you're zipping past neighborhoods in a car, you simply don't have time to notice all of these things. But we do, and we can take action to see that those problems are addressed. 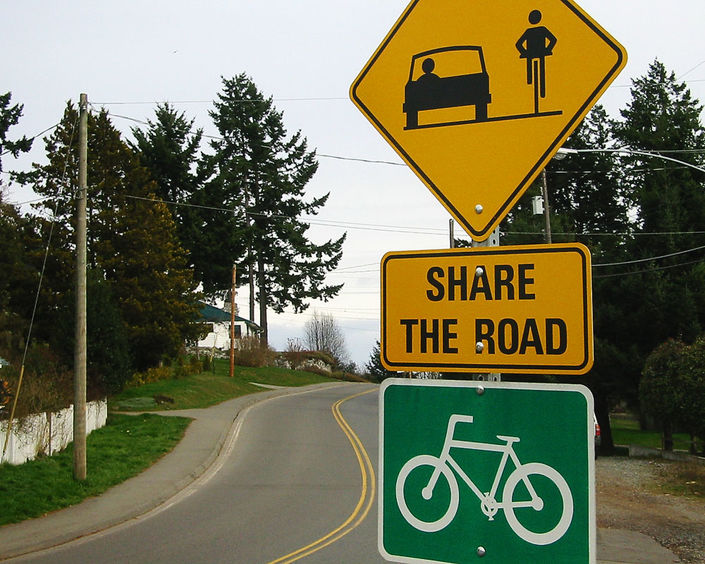 A good friend of mine, Alan, commuted to work along a very congested and very dangerous road. He asked the city to install "Share the Road" signs in an effort to create some cooperation between cyclists and motorists. While the city DID install signs, Alan didn't notice too much improvement in conditions. So, he took it upon himself to wave at, flash the peace sign at, or otherwise greet motorists on his way to and from work. Over time, this technique worked! After just a few months, conditions were greatly improved along that road and Alan felt safer around all those cars. A simple acknowledgement to motorists changed conditions for the positive, and got people to realize that "we're all in this together." Changing perceptions in this way reminded people that these are OUR streets and OUR city.

One of my favorite aspects of riding in the city is this: I tend to see the same people every day — from the old man watering his garden every morning at 7AM, to the lady who is getting home from her night-shift job at the same time I'm on my way to work — we become familiar faces to each other. If I ride slowly enough, I can compliment the old man on his flowers, or simply wish that lady a good morning. Try doing that out of a car window! There's something fulfilling about making these simple connections to strangers that eventually become friends of a sort. We start to look forward to seeing each other, and wonder if everything is ok if we haven't seen one another in a while. When people interact with each other and look out for one another, the community strengthens as a result. 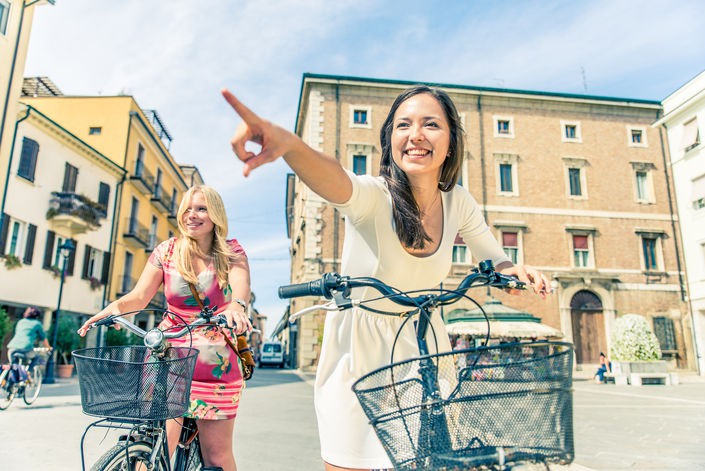 Another thing I love is introducing others to some of the things I've discovered in my bicycle journeys through the cities in which I've lived. It's rewarding to take someone along to that quiet neighborhood park, or that scenic overlook, or that spooky abandoned building, which they may have never seen otherwise. Once you can open another's eyes to the joys of getting around and exploring by bicycle, it's as if you're unlocking a whole new world for them. And, as my experiences indicate, those people become more invested in the cities where they live.

Think about it the next time you're out riding your bike — think of all the things you've seen and experienced that you may have missed if you were in a car. You, too, may come to realize that the bicycle is an incredible vehicle that can bring a city's residents closer together in many positive ways.

Editor's Note: This article was originally published Wednesday, Jan 23, 2013, and has been revised for editing and accuracy.

We clear up what to look for when buying a bike for commuting in 10 easy steps... READ MORE

Although it can seem safe, cycling almost always poses some level of risk and danger. If you are new to cycling, or need a brush-up, this article contains some great information on how... READ MORE