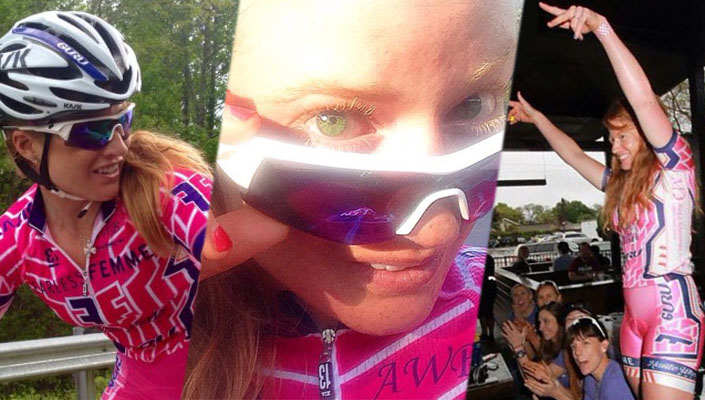 Unless you are Amish or not familiar with the interwebs, you would have seen a video gone viral where a woman makes coffee and breakfast (that's not the exciting part) while on ROLLERS! A difficult enough contraption to balance on at the best of times, let alone hands free and while handling fragile and piping hot items. I thought it prudent to get in touch with the star of the video, Christy Keely, to ask her a little more about the video...

A cyclist's Valentine's dream girl! She rides, she cooks, she makes coffee...(And you're wondering who she is - it's Christy Keely!)#bemine #cycling #rollers #skillz #skillets[via Pegatin Pro Stickers http://roa.rs/1z8FWdJ]

JB: Hey Christy! So great to meet you and thanks for Skyping with me to have a chat! I have so many questions, but I guess the best place to start is to ask how the video come about!?

CK: "Well, I was on a recovery day and my coach was talking about someone they had seen do tricks on their rollers and as he was talking I was like, 'I could do all of that, EASY!', and he was like, 'no Christy, don't worry about it...' But, I figured I needed to eat anyway..."

"It was one take, I just literally taped my phone here [indicates kitchen cupboard] and got started. You'll see I didn't even have any utensils or anything!"

JB: Yeah, I noticed you cracked the egg one handed which isn't easy to do with two feet on the ground and full concentration. 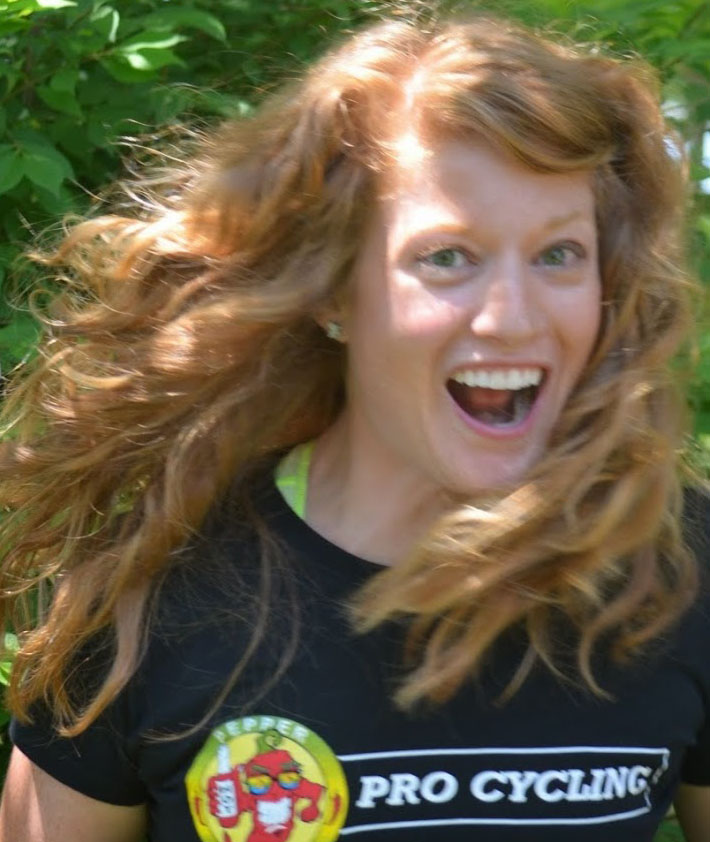 Perhaps the best viral videos are those where the star (or director) doesn't intend for the outcome to be quite as epidemic as it becomes. This was certainly the case for Christy, who only uploaded it to Facebook because the file was too large to send via email to her coach to prove him wrong.

CK: "I just put it on Facebook and tagged him," Christy laughs. "Then, like an hour later, my husband called me and was like, 'Oh my god, Christy, are you seeing this?', and I had no idea what he was talking about!"

JB: So when you logged into Facebook to check was it just madness? As in, you have 734,289 notifications and friend requests?

CK: "Yeah. It was nuts. But it ended up being a great platform to start my athlete page. Totally unintended!"

JB: How is life or social media life different after the video?

CK: [laughs] "Sometimes people will say, 'Oh you look just like the girl on the roller video' or they'll just come right up to me and ask me to make them breakfast."

Turns out Christy is but one (albeit famous) cog in an up and coming and extremely well-oiled machine - the Fearless Femmes powered by Haute Wheels Racing. Fearless Femmes consist of 8 cyclists - 6 from the United States, the Irish National Champion, and even an Aussie thrown in for good measure.

The combination leads to their theme: Fearless and Haute (pronounced hot), both qualities they have in spades, along with a great sense of humor. 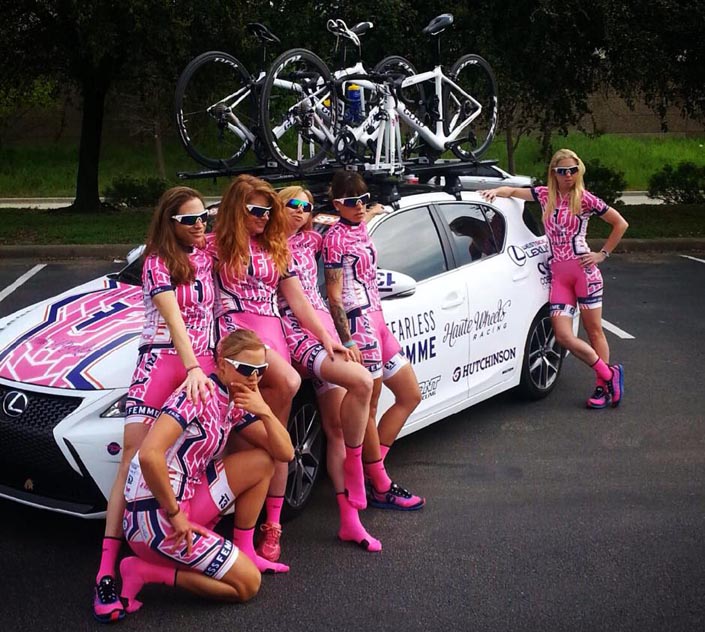 JB: Do you have roles or special qualities within the team you want to talk about?

CK: "Oh yeah! Well, one of the other girls is a great cook and I have the best dance moves," says the self-proclaimed "Booty poppin', beat droppin', snack crushing pedal dancer." "We have nicknames as well. Mine is 'Red Rocket' because of my hair [which is red] and coz I'm a sprinter. The Irish girl, well that's a funny story. She was only in the country for like a week and was riding her bike just around the neighborhood and her purse fell under wheel and she crashed and gave herself two black eyes. So, we call her 'Irish Panda'. Loretta, the Aussie girl, well, we call her Aussie, but I guess that's not really that funny for you. It would be like if someone called me a Yankee."

JB: What's the goal for you guys as a team?

CK: "Well, we're going for our UCI licence and points this year and targeting races at an international level!"

JB: Last question. Any plans for a follow up video?

CK: "I'd love to do another video, but I haven't had the PERFECT idea yet."

JB: If people think they have that idea, will you take suggestions?

CK: "Oh for sure! Anyone who wants to can post suggestions up on my athlete page. I'm pretty active on social media and check it all the time."

Good to know. Thanks, Christy. I'll take two poached eggs with a side of bacon when you get a chance.

The skill of pedaling a bike on rollers makes you smooth and forces you to move your legs like water flowing down a river. Spinning your legs with no resistance will build muscle memory for good form and this creates efficiency... READ MORE