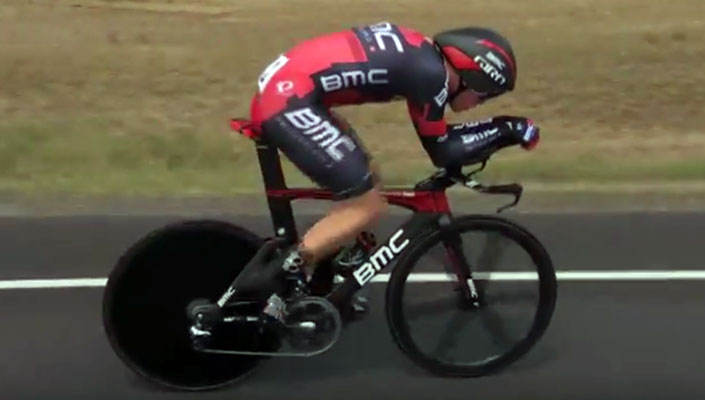 Dennis, a recent world hour record holder, scorched across the 40.9 km course in a blistering time of 51:13.30, 38 seconds ahead of Porte and 1:35 ahead of bronze medalist Victorian Sean Lake.

It was fourth time lucky for Dennis, who was ecstatic to finally take the top step in his favorite event. 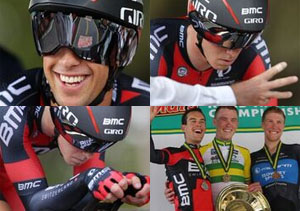 “I’ve always dreamt of winning at the Aussie nationals. I’ve won at the under 23 level and now I’ve got a senior medal and can wear the green and gold in every time trial this year. It’s a real honour. It’s probably a bit early to celebrate, with Sunday’s road race still to come, but it’s definitely a job well done.”

“While Orica GreenEdge obviously have the numbers, I think Richie and I can still have a big influence over the race. Richie’s in great form, I’m riding well – you saw that today – so anything can happen. There’s only two of us, but don’t write us off!” 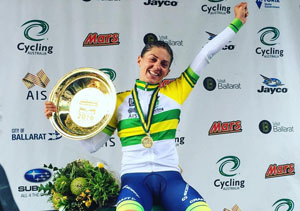 In the Elite Women’s event, Queensland’s Katrin Garfoot claimed her first National title in a dominant display that saw her win by a comfortable 46-second margin over 4-time champion Shara Gillow, and a full 90 seconds ahead of bronze medalist Tiffany Cromwell.

Looking to get into time trial or triathlon and unsure whether to do it on your road bike or to fork out money for a real TT bike? Don't worry, you're not the first. Although there are several upgrades that can be made to any bike to make you faster and more efficient... READ MORE

RELATED ARTICLE:
5 of the best TT, Triathlon or Ironman bikes for racers on a budget

There are few things as disconcerting as riding with a bunch, hanging with them through the hills, keeping contact through some nasty descents, and then just being blown away as everyone effortlessly accelerates away from you coming out of a corner or as you near the end-point of the ride.

This "jump" that they all seem to have... READ MORE