Surviving a wild animal encounter while biking (Pt. 2) - Danger Down Under 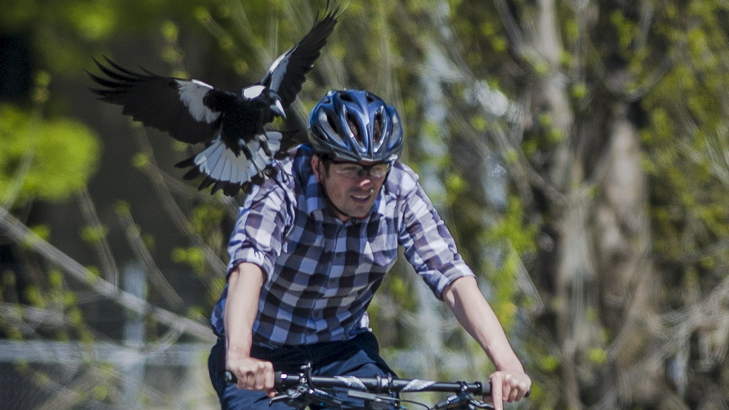 Magpies are a serious threat to riders in Australia
image: canaberratimes.com.au

Being from Queensland, Australia - home of the world's deadliest creatures - we Aussies grow up with both fear and respect for our great outdoors (mostly in equal measures). Meet some of the Australian animals causing the most havoc to cyclists and what to do if you encounter them.

RELATED: How to save energy while mountain biking 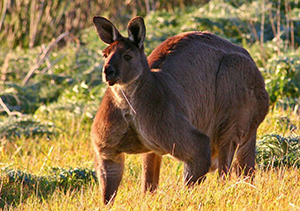 Kangaroos are a lot bigger than most people expect
image: pintrest.com

While the kangaroo may look fairly harmless, or even comical if you have never really spent time in Australia, kangaroos have enormously powerful hind legs and have a 'comfortable' hopping speed of about 20-25 km/h. But, these babies can reach speeds of up to 70 km/h over short distances and sustain 40 km/h for nearly 2 km. If you were hit by one of these while they were in a hurry, it would be the equivalent of having an Olympic Track Sprinter slam into you after a flying 200.

"I was being very cautious as there are a lot of carcasses on the side of the road. And then all of a sudden there was an almighty hit on the side. I vividly remember seeing fur in front of my face, then there was a bang, a wobble, and then the bike went flying from underneath me. I ended up on the white line on the road and I couldn't move my upper body." Mrs Pemberton punctured a lung, broke five ribs, her clavicle and L1, as well as many cuts and bruises. 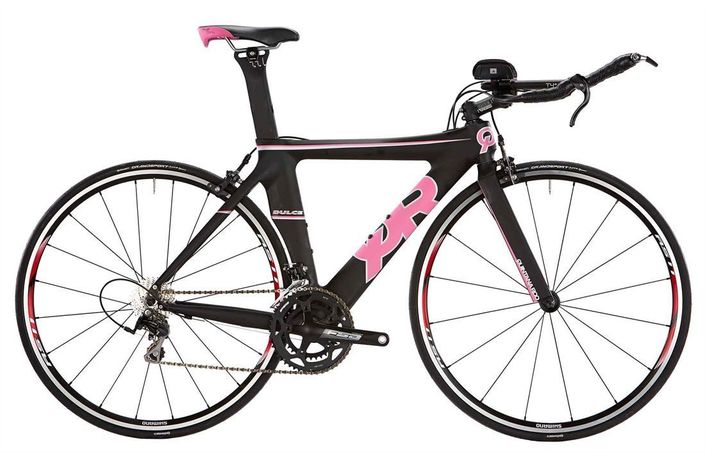 Riding at dawn or dusk is doing so when kangaroos are active. Always take caution when riding at high speeds at these times of day. If you are in the front of a group and you see movement on the side of the road, call out and get ready to slow down. Kangaroos can be unpredictable and, if they get in your path, you will come off 2nd best.

Best tactic: Slow down and avoid with caution. 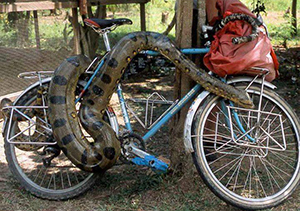 For brevity's sake, we've lumped a few of these together, but Australia is home to the Inland Taipan (literally the most venomous land snake on the planet), the Eastern Brown Snake (bad-tempered and responsible for more human deaths than any other snake in the country), the Coastal Taipan (just in case you were thinking you would escape the inland variety by heading out to the beach), and, although it is non-venomous, it can grow to brown-trouser inducing sizes, so we thought we'd add it in – the Carpet Python.

Snakes are sensitive to vibration so, more often than not, snakes will be moving away from you and your rowdy mates... but if you do come across a snake on a ride, DO NOT TOUCH IT! Not with your hand, not with your bike, not with a stick. The most snake bites that occur happen when people decide to poke a snake rather than leave it alone.

If one happens to slither onto a trail you are riding on, the best course of action is to stop as far away from it as possible and let it move away on its own. If you cannot stop safely, try your best not to run it over as this could seriously injure the snake and yourself if it bites you.

Before you laugh at a bird being featured on the list, watch this video: 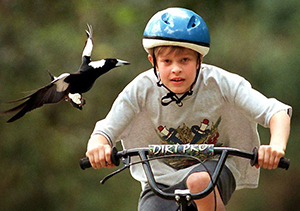 Spring is when magpies are the most aggressive
image: 965.com

Magpies are ubiquitously renowned as the worst part about spring in our fair hemisphere. While, true, they do engage in an escalating series of behaviors to drive off intruders (the least threatening of which are alarm calls and distant swoops), magpies get serious fairly quickly if they don't like you and will swoop in from behind you and, at best, audibly snap their beaks, peck or bite at your face, neck, ears or eyes or, at worst, engage in full dive bomb tactics striking you repeatedly in the head, or landing on the ground in front you and lurching up peck at your face and eyes.

Not so funny now, is it?! Magpie attacks routinely cause injuries, typically wounds to the head, and being unexpectedly swooped while cycling is scary and can easily result in falling off your bike or swerving into traffic.

If a magpie swoops you while you are riding, the best thing to do is KEEP RIDING. Magpies are defending a territory, so once you leave its territory it will (theoretically) stop attacking you. Try and stay calm. If you are able to, wave your arm above your head. Do not panic and do not swerve the bike as this could cause serious injuries to you and, most importantly, your bike.

Best tactic: Head down and assume the TT position

Of course, not every animal in Australia is out to maim or kill you - some just want a drink.

BikeRoar gives you some tips on how to properly manage animals out... READ MORE

Whether you are a beginner or a seasoned pro, there are a few skills you should have no matter what.

BikeRoar put together a list of skills that every rider should have no matter... READ MORE