Pro workouts you can do too - Tom Boonen 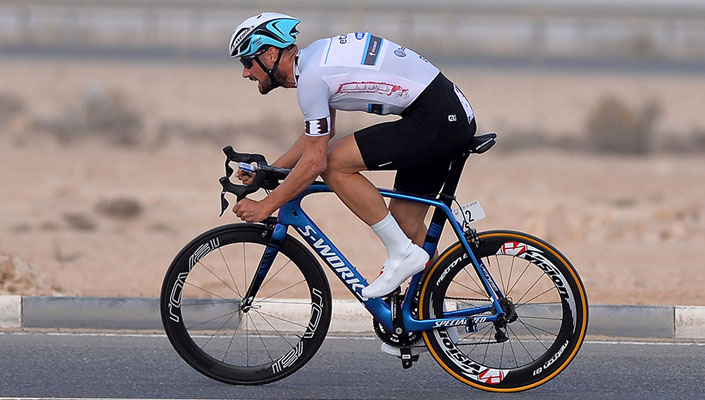 Belgian cycling idol Tom Boonen rode the iconic Giro d'Italia for the first time this year, working as a super-domestique-cum-sprinter for his Etixx-Quick-Step team. After 13 solid stages, the 34-year-old Classics specialist hopped on a plane, flew north for about 1,000kms, and won the opening stage of the Tour of Belgium.

It was an uphill sprint after a brutal day on the road with lashing rain and savage cross-winds - exactly the conditions the Belgian hard man enjoys. It was classic Boonen: wear your rivals down, make them suffer, wait for them to make the first move in the sprint, then power past them. What is it in his training and physiology that makes Tornado Tom so good? We managed to corner him and his longtime personal coach, Dr. Peter Hespel, to find out his most effective training sessions.

"The most effective is also the one that's my favourite", Boonen says, "but I warn you - it really hurts!"

Hespel, a sports physiologist and Boonen's trainer since his early days in the ProTour ranks, chimes in. "It is training sessions such as this that have increased Tom's lung capacity to 7.0 litres and have given him the ability to accelerate even after making a massive effort - even when his body is beginning to fatigue he can still produce race-winning sustained power."

Boonen also has a favourite technique for sharpening up his sprinting.

"I always do this at the end of a ride," he explains. "It's called over-distance sprinting. The real sprint in most bike races begins between 200 and 250 meters from the finish line, so I do my sprint training over 300 meters. I begin on a slight downhill, or coming down off a longer climb as the road begins to flatten out. I let the downslope help me get up close to top speed, then I will sprint all-out for 300 meters - or at least I try to. The reality is that everybody starts to fade a little over that distance, so the key is to just try to hang on as long as you possibly can. One or two of these efforts at the end of a training ride is enough."

You can do it too

Riders of any ability and experience level can train in a similar manner and see excellent results. Dr. Hespel suggests that for most riders completing the "Ramp Test Workout" it is probably best to go up in 20-Watt increments rather than the 40-Watt jumps that Boonen and other pros use. As the power through the pedals increases, you can easily get "lost" in the no-man's-land between, say, 220 and 260 Watts, so keep the increases to 20 Watts and all will be well. Just keep increasing the power every 8 minutes until you reach the point you can't go up another 20-Watt increment. Keep a record of how far you get - this session is a great benchmark to test your fitness throughout the year. 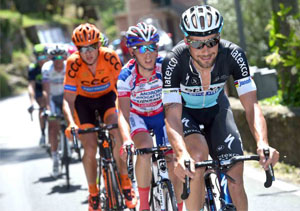 Boonen's over-distance sprint sessions provide the opportunity to improve in two areas: firstly, as he suggests, they will drastically improve your ability to perform a sustained sprint. This is particularly helpful if you're not a "natural" sprinter. You may not have the fastest top speed in your club or local bunch ride, but if you can launch a long sprint and maintain that top speed it should be good enough to steal the occasional win from those genetically gifted born sprinters.

Secondly, the assistance you get from beginning your sprint downhill means that you get used to sprinting fast - really fast. The confidence and improved bike-handling skills you get from this, as well as the overall improvement in your sprinting speed and endurance, make the exercise well worthwhile.

RELATED ARTICLE:
Pro Workouts (that you can do, too) - Nicholas Roche

Fresh from his big signing with Team Sky earlier in the year, Irishman Nicolas Roche shares one of his favorite training sessions with us and helps us understand how you can do it, too.... READ MORE