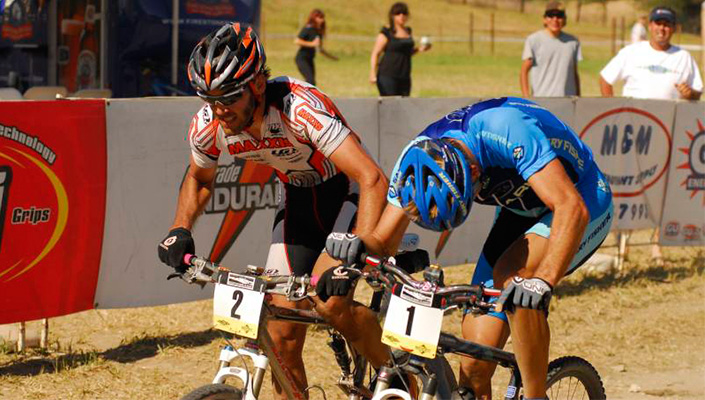 An elbow and a shove in the feed zone!
Photo: Evomo

We recently published a piece on the dirty moves that happen within the peloton, many of which we'd be unaware of. This insight into the reality of professional racing was received with such enthusiasm and interest that we decided to put a similar one together for MTB racing. Although much more of an individual sport, there are a few little dodgy secrets you can execute on a mountain bike in order to improve your chances of overall success.

Once again, these are first-hand accounts from racing at a high level in various countries. It is in no way a 'blanket approach' to labelling all racers as dirty. It just means this stuff happens, especially when results count for more than a $50 cash prize. 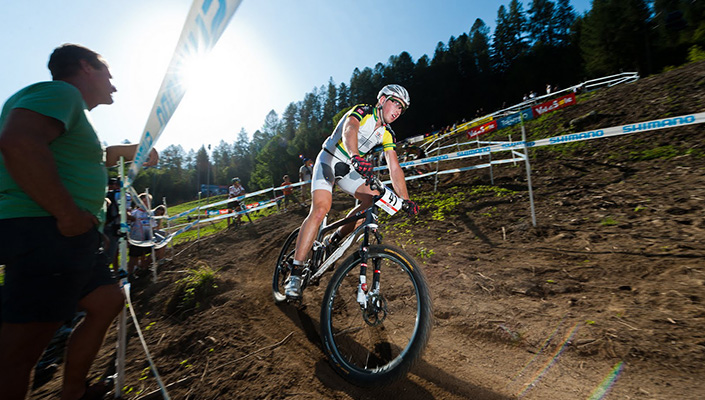 1. Attacking in the Feed Zone

Mountain bike races usually have a clearly marked feed zone. Within this 100m stretch of ground riders can take on bottles and gels for their next lap. The trick to attacking within the feed zone is to make sure you have enough fuel to keep you going (seeing as you just missed out courtesy of your dogged attack). The unwritten rule is to NOT attack when a rider is collecting bottles, but some people are just the lowest of the low. If this is you, make sure the attack actually works. Otherwise you'll be copping an elbow when you get caught. Nobody likes a dirty move, so make sure you don't win either. Catch 22 huh?

“This is a classic and it goes without saying that only an idiot would try this.”

2. Cutting up the Inside

This is a classic and it goes without saying that only an idiot would try this. As you approach a sharp turn on the course, you generally go to the outer edge of the track. For example: If you were turning very sharp right you would enter the turn from the very far left side of the track and go hard into the corner and continue on your merry way. But of course, idiot had other plans. He came flying up on the right, cut you off, and then stuffed the whole corner up anyway... forcing you both to mash through your gears and exchange a few coarse words to finish it off. Why he couldn't pass you elsewhere, nobody knows. If this is you, make sure you pass a rider before a sharp turn. He's slowing down for a reason - there's a corner!

3. Pass before the Climb

In mountain bike racing, singletrack usually means Single. Track. Not double track. If you happen to be a bit slow on the climbs, you can always use dirty tactics to limit your losses. Make sure you get ahead of the person in front of you just before the climb starts. If it's singletrack, sit dead centre of the trail so they can't pass. When they say "rider back" just ignore them and drag yourself up the hill at whatever pace you fancy. Relax, it's just a race. 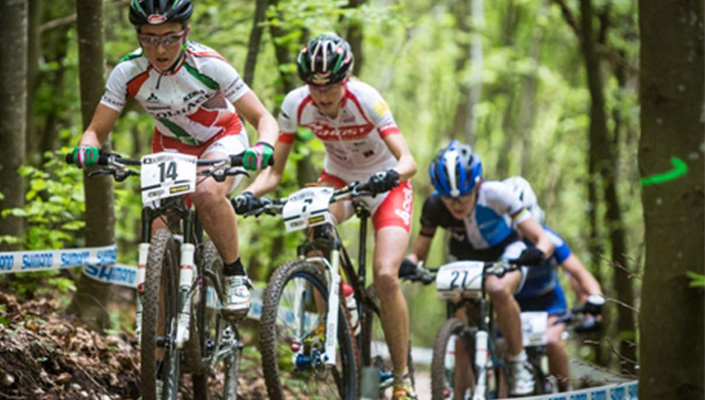 Get in the front so you can dictate the pace.
Photo: Bicycling

Yes, it sounds stupid. That's what I thought when it happened... Taking shortcuts is easier than you think, especially if it's a home track the rider knows well. In the event of you taking a shortcut, make sure you only slightly benefit your current position. In other words, don't pop out 5 minutes ahead and in 1st place when you were previously in 3rd place.

Mountain bike races are littered with debris from the bushland around them. Occasionally the track will change with new debris in new places, purely from riders passing through. In the same way a road cyclist can barely miss a pot hole or manhole, you too can just miss a branch or pine cone - with the intention of making the person behind you ride straight into it. Nice work amigo, you're a fool. 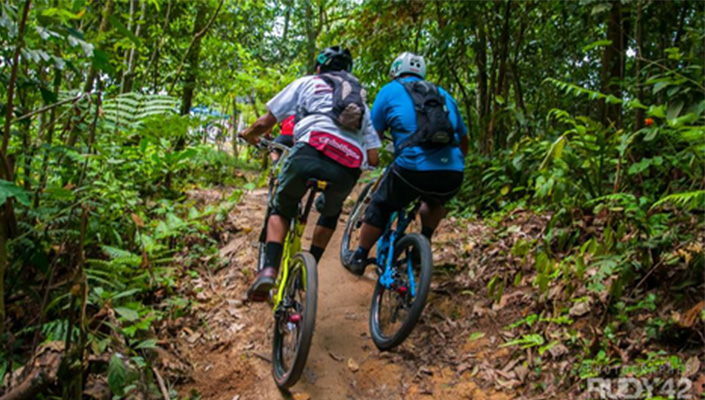 It's very easy to be selfish during a race but don't let people remember you for the wrong reasons. Make sure you don't venture down the path of these examples above - instead, be as nice as you can. Or as I'd say, "Every rider comes before you". So stop to lend a hand, and offer your spares. Nobody cares if you win anyway.