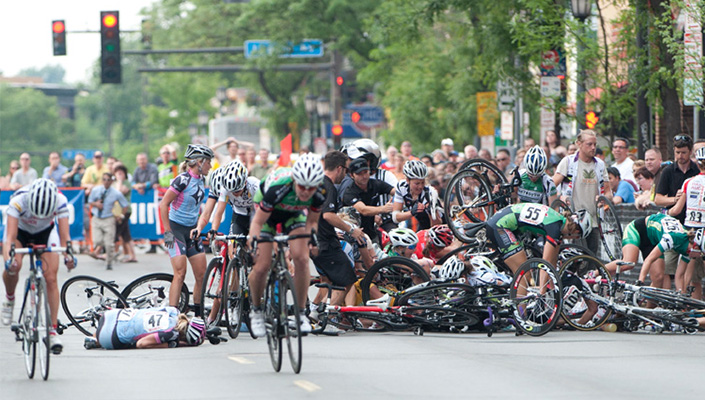 We all love watching the Tour De France live on TV at all hours of the day, but it's hard to see what really goes on within the peloton. Imagine you could zoom right in, and really be a part of it! You might not enjoy it as much as you'd hoped...(Check out this onboard camera footage at InCycle from the recent Tour de Suisse)

NOTE:  We do not condone any of these ideas, but are merely writing this from a 1st hand experience perspective. Enjoy the insight into what dirty racing can be like. Not all races are like this, especially at the highest levels of the sport.

If you're sitting on the very edge of the tarmac, you know that soon you'll be riding on the actual gravel itself. This isn't ideal, and could result in you crashing. To move away from the edge will involve pushing the entire peloton over - which is impossible. Instead, you could purposefully ride onto the gravel and pin it up the inside of the bunch. The moment you move over to remount the tarmac, whoever is in your way will soon be well clear of you! They don't want to be taken down when you crash. As soon as you remount the tarmac, keep moving rapidly to the side, causing others to hit the brakes and create plenty of room for you. Job done. Now stay away from the edge!

Most roads have footpaths alongside them at some point, which is an ideal opportunity to move up through the field of riders. Especially common in criteriums or kermesse races (European long distance criteriums), you get a good chance to spot sections of footpath you could use. A quick bunny hop up the footpath and a short sprint will see you overtake the entire field before dropping back onto the road - all at 40-50km/h and very easy to do. 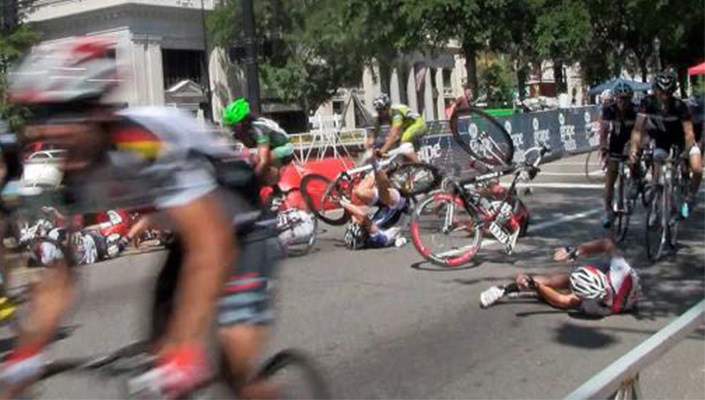 An instruction might come through the radio from the team car, along the lines of "get him to the front. NOW!". Fortunately you're not riding for the sake of long-term friendships. To move a key rider to the front safely you need to make room for you and him. To do this you can simply push riders over by placing your hand on their buttocks. If they know what you're up to, and they refuse to budge, you just pull up alongside them and raise an elbow to their neck height. Now move over and see what happens. Hey presto!

A lot of hard work goes into forming a successful lead-out train, so why have someone come along and potentially ruin your plans for victory? If a rider sits alongside a lead-out train, (in an attempt to penetrate the line of riders and benefit from their work), you need to get rid of them! As the offending rider pulls up alongside the lead-out train you can just stick your elbow out and try clip his arm. The contact will result in him pulling his handlebars, as well as him receiving the hint loud and clear. If this technique doesn't put the fear into him you can grab his arm and pull it - the same result, but much more extreme. Great success! 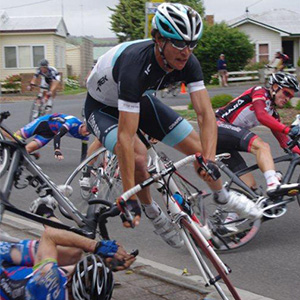 If you're riding alongside team mates in the peloton, you may wish to filter out some of the opposition riders, (usually key riders), to disrupt their plans for an attack on the next hill. If three riders ride up on one side, while three riders move up on the other side, you can gradually force the rider backwards into the depths of the peloton. Each team mate alongside the rider of interest slowly moves inwards towards the rider, making sure that their handlebars are slightly ahead of the rider of interest. The effect is that the rider in the middle is forced backwards in between your other two team mates. The same scenario unfolds again, and again, and again... Next thing, the key rider is 5-10 riders back, and your whole team just took his spot (probably directly behind his team, of who have no idea he's disappeared).

If your team intends rapidly upping the pace of the peloton, they may wish to 'shell' certain riders to get rid of them (or just make their day hell). As your team forms on the front of the peloton they may send two riders such as yourself to the back of the field. You both sneakily slot in front of a key rider in direct competition to your team - as the pace rapidly increases, you make sure you keep up! But just as things really start heating up, you gradually slow down and spread out from single file to two abreast. This blocks the rider behind you and causes a large gap to appear. Before the poor lad realizes there's a 50m gap to the main field and he's in the wrong bunch with the stragglers. See you at the finish!

In a criterium it can sometimes feel impossible to move up as an individual rider, let alone a whole team! But if you really need to move the entire team to the front in the space of one lap, it can be done, so here goes, hold on tight. As the peloton enters a corner, they will take the same line every single lap. They'll take the fastest line with no room for error. Wide in, wide out, cutting the apex of the corner.

But what happens if you go super wide in, cut in hard, and narrow out? You pop out of the corner on the inside of the front riders of the field. As you move over during your corner exit you force the front riders who took the 'normal' line to hit the brakes and slot in behind you. The danger is you're fighting physics to pull this off. If you lose traction, you're doing so at 50-60km/h and sliding towards the main peloton. 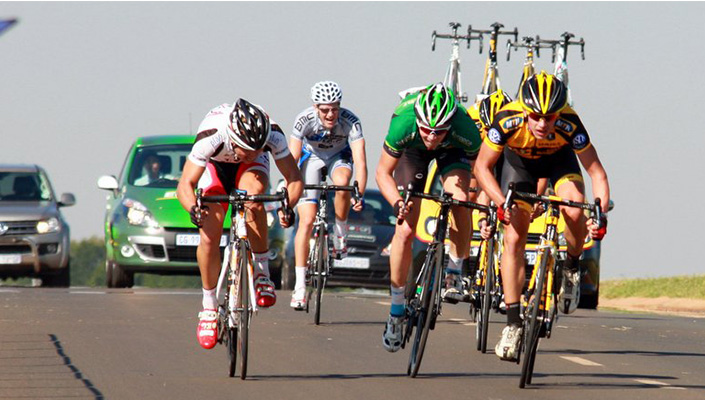 If you're riding in a breakaway you may find yourself with some hangers-on refusing to do any work. To get rid of them, or to make them change their attitude you can do the following: Try find any major imperfections on the road, especially manhole covers or witches hats (safety cones). As you approach a manhole cover, bunny hop or swerve to clear it at the last possible moment. The rider behind should slam into it possibly flatting his rear tire. If he's lucky enough to survive give him a stern word to do some work...

If this doesn't happen, ride dangerously close to any witches hats along the circuit - the inability to see properly will force your freeloading rider to sit diagonally off your back wheel, where he'll cop all the wind. Either that or he clips a witches hat and decides to leave you alone in your solo attempt to win.

Although extremely dangerous, some riders take it upon themselves to deliver their advice physically. Grabbing another riders' helmet strap is a great way to get their attention. It also pulls them off course, so be gentle. A helmet strap grab is usually used to deliver the final words to a rider before physical action is taken. Either he has done some of the above moves, or is disliked strongly for his actions in past races. Grab the helmet straps and pull the rider to the side as you slow down and deliver your rant into his ear. Mission accomplished!

A term called "switching" is possibly the most cowardly act on a bike because it's guaranteed to cause devastation in the bunch and absolutely no harm to you. Only an action replay will find you guilty. As you ride past a rider you want to 'switch', you make sure none of your friends are behind him. Once your rear wheel passes his handlebars wait a moment longer. Now our rear wheel is approximately in line with the tip of his front wheel. In an aggressive fashion, twitch your bike to his side, ensuring you make solid contact with his wheel.

To be effective you need to swerve over about half a meter to guarantee a result. This side movement is called 'switching' and is usually done by accident, when one rider tries to avoid another... So you'll have crime, a result, and a very good excuse to get you out of trouble. The result is him, and half the bunch hitting the deck.

We did NOT publish this article in an attempt to tempt riders to try these methods. This is merely an insightful look at the reality of racing at Pro Amateur level - all of these examples come from actual scenarios experienced by the author.