Sprint to the front with Specialized’s new street fighter 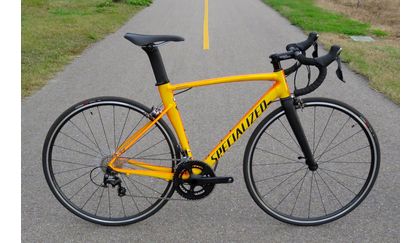 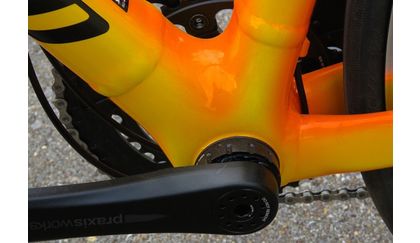 The 2017 Specialized Allez DSW SL Sprint Comp is a mid-range road bike. The finely tuned aluminum frame, benefitting from the design of the top-end Tarmac, is paired with a FACT carbon fiber fork, delivering a fast, responsive ride. Kit is solid: componentry includes Specialized's own cockpit, AXIS wheels and brakes, and Shimano's stalwart performance road group, 105, for the drivetrain. Tires are Turbo Pro, smooth-rolling and tough. This is a racer; geometry is aggressive and comfort is traded for speed. A very good road bike.

Specialized's Allez DSW Sprint Comp is a no-nonsense speed machine that is seriously fast. With D'Alusio Smartweld Technology, Specialized crafted an aluminum frame that's light, stiff, and still extremely comfortable. Pairing it with an S-Works FACT carbon fork means race-worthy handling and high-wattage power transfer every ride. One click and you've shifted Shimano's smooth and efficient 105 11-speed drivetrain. Add in a Praxis crank and there's a whole lot of get up and go at your beckoning. Axis Elite wheels with Specialized tires accelerate your riding to the top step of the podium, and Body Geometry components ensure that your fit and on-the-bike comfort are dialed.