The first race of the UCI Pro Tour has begun in Adelaide, Australia. No longer seen as a holiday away from a European winter by professional teams and riders, the Tour Down Under is a huge cycling event in its own right, with Christian Prudhomme (Tour de France race director), upon witnessing the crowds around key points on the course last year, proclaiming "this is bigger than many races in Europe".

With valuable UCI points on the line at every World Tour event, all riders will be hunting for the win and will be factoring in an early start to the season in Australia as a launch pad for success when the racing moves back to Europe for the Spring.

This is also the first chance to see the 2013 team bikes in the flesh. Pro cycling tour bikes use the most advanced technology available and their price reflects this. If you're after a bargain, (and let's be honest, cycling is about shopping!), check out the Merida Scultura SL which coming in this side of $7000 is probably the most affordable Pro Tour bike around.  The sleek, minmal lines ooze quality and performance. 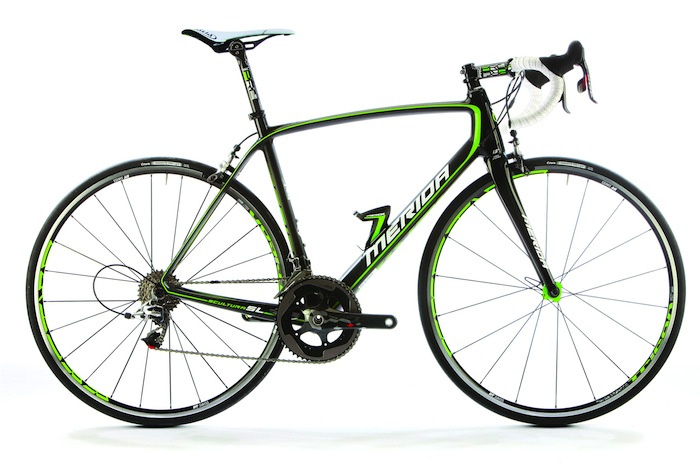 It is interesting to note that the lightest bikes are not represented at the highest level of cycling. The UCI (Union Cycliste Internationale) has a restriction of 6.8kg minimum weight on road bikes in the Pro Tour. Many bikes fall well below this figure and weight is often added to get them up to spec.

An example is the Cannondale SuperSix Evo Black with a frame weight of 655g (1.5 pounds). Cannondale has always been at the cutting edge, engineering super light bikes and the Evo Black is no exception. Team riders will actually be using the SuperSix Evo Hi-Mod, which also has a sub 700g frame weight but is more practical considering the weight restrictions - you don't have to put as many coins in the seatpost to make it legal!

Expect to see the teams using Specialized swap the Tarmac for the Roubaix during some of the European spring classics, like Paris-Roubaix and the Ronde Vlaanderen. This is common practice, with more brands designing bikes for specific purposes than ever before, for example Trek Madone/Domane, Scott Foil/CR1, Ridley Noah/Helium, Giant TCR/Defy.

Here is a brief table of bikes, wheels and components for 2013

There have been several equipment and team changes this season. On the team front notably: Rabobank are gone as naming sponsors, the team is now known as Blanco pro cycling and Lampre have been joined by Merida to form, you guessed it, Lampre-Merida! I think it is about time the largest bike manufacturer in the world finally has a presence on the most important stage in cycling.

Shimano is again officially the single largest supplier of components and wheels to the pro peloton. Expect to see plenty of electronic Di2 groupsets this year from Shimano and the EPS of Campagnolo.

It is obvious from a quick glance at the team rosters the cream of world cycling will be racing in Adelaide. So, who will dominate Old Willunga hill? and what will they be riding? Time will tell. 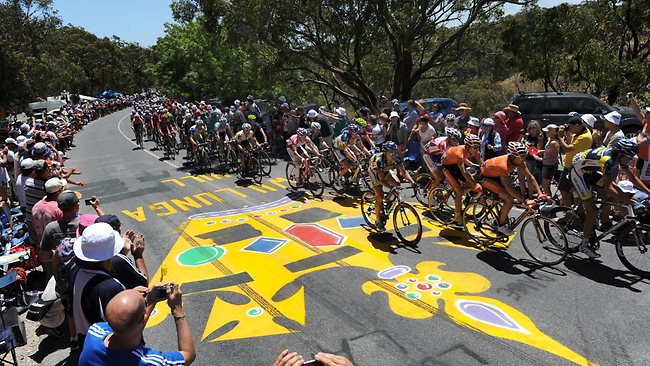