The 6 best road climbs on earth

We recently took a look at some "MUST RIDE" climbing lists in the world cycling media. They're all the same with the regular contenders making the list but what about something new? We did some research and have listed six of the world's best climbs based on our own opinions. These aren't the hardest climbs in the world, nor do they feature in every single Tour De France since 1901. But they're all unique and each in a different country.

Pack your climbing legs; it's time to head upwards! 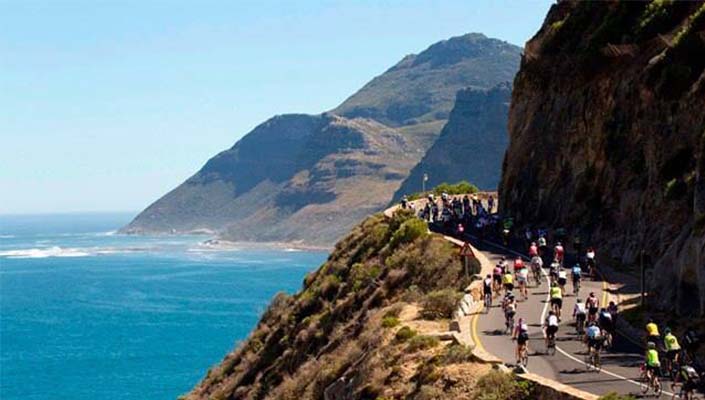 Situated on the western side of Cape Peninsula, this stunning climb is famous for its view and not its difficulty. The road known as Chapmans Peak Drive makes a gentle route along the vertical cliff faces of the coastal region. Originally built in 1915, the road performed it's duties without fault - however that changed in the 1990's when a major rockslide killed a bystander. The resulting lawsuit delayed the reopening of the road, which finally happened in 2005 as a toll road (free access for all cyclists though) - ever since the road has featured in every edition of the world-famous Cape Argus Cycle Tour - a one day road race taking in this, amongst other, climbs. 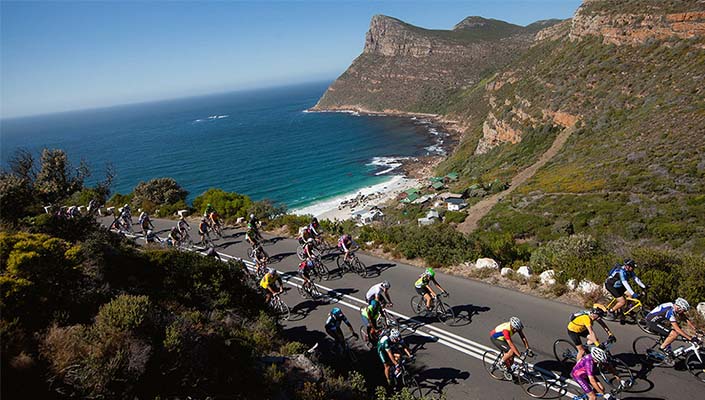 A now retired Jan Ulrich and his companions would regularly spend their summer in this region training on the roads around Cape Town. They would frequent Chapmans Peak before stopping off at one of many cafes in the area to refuel. The weather in this area is very stable so if it's a sunny day then you're safe to leave the warm clothing at home - the weather rarely deteriorates in this area of South Africa.

TIP:  Visit the Cape area in summer, and witness the breaching whales in the bay below Chapmans Peak. 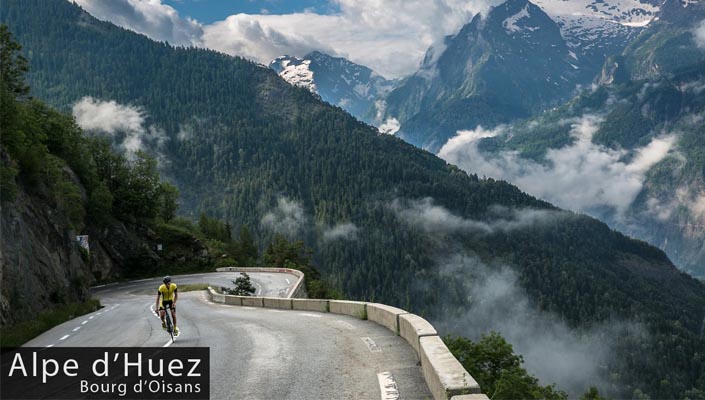 Possibly the most famous climb in the history of cycling and not because it's ridiculously hard either. The famed Alpe D'Huez is more of a stadium than anything else, with countless switchbacks allowing Tour De France fans the chance to watch the procession approach them up the mountainside. Don't let our first statement lure you into a false sense of security because this climb is hard, no matter how you ride it. The road averages 8% gradient, with the ribbon of tarmac weaving up the escarpment for 13km, all uphill. 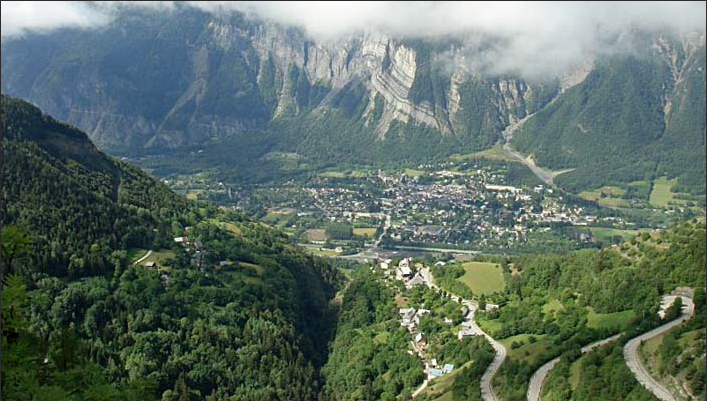 Be prepared to join hundreds of other cyclists when you head out for your ride. As you can imagine this route is a cycling pilgrimage with thousands of riders making the trek each year. The traffic up this climb is also quite consistent; however the motorists are very welcoming of your presence, tooting you along as they pass. Pack some gear as the weather can change quickly in this region depending on the time of year. 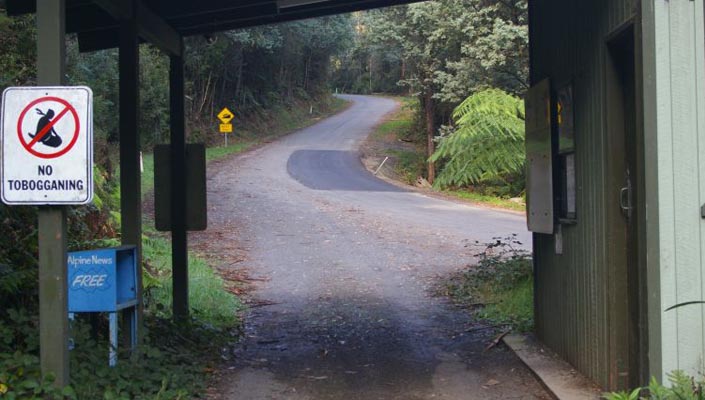 Aussies are generally easy going except when it comes to their road climbs! The well-known Mt. Baw Baw is frequently ridden by cyclists taking part in a variety of events as well as by those just out for a ride, a hard ride, a long ride, a steep ride! The climb is not consistently steep, averaging out at 8% gradient - but there are sections of the climb that nudge the 20% mark just to make sure you don't get too far ahead of yourself! 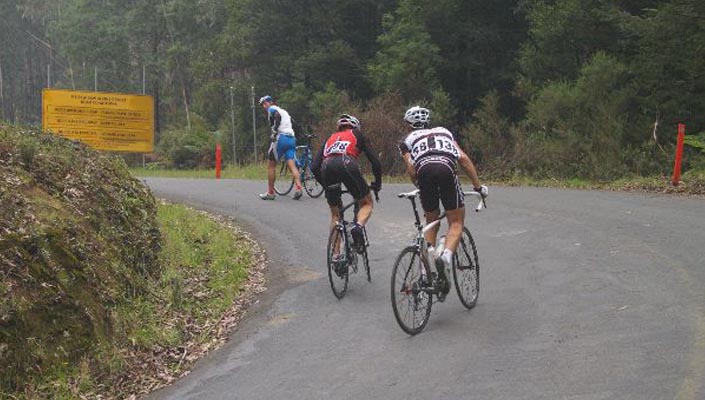 Many of the Australian professional cyclists you see in the Tour De France have compared this climb to some of the mountains they get dragged over in the world's biggest races. So don't feel ashamed when you blow half-way up the climb. Don't forget to enjoy the descent back down, but be prepared for sharp corners catching you off guard. 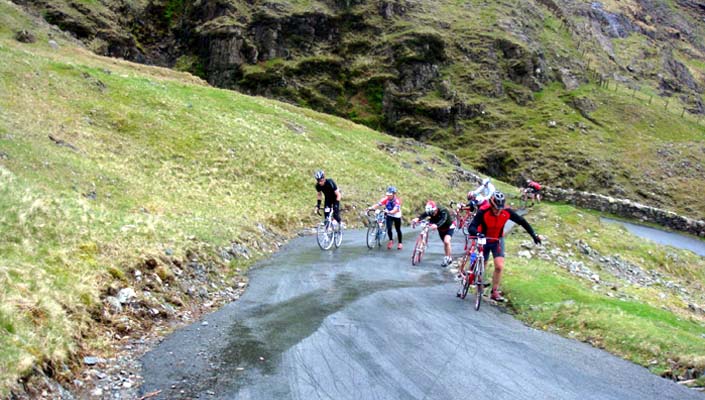 Arguably the hardest climb across the British lands, Hardknott Pass has quite a legendary reputation. The road was first built in the 2nd Century by the Romans, (who were also keen cyclists), and has since been rebuilt and resurfaced many times. The climb can be ridden from both sides offering two different challenges. Both directions are seriously tough to conquer with gradients maxing out at 30% in the corners. That's right, it's hardcore! The descent borders on sheer terror, so take it easy to avoid overshooting the corners. The climb is only 2.5km long, but it will take you some serious amounts of effort to conquer this beast. 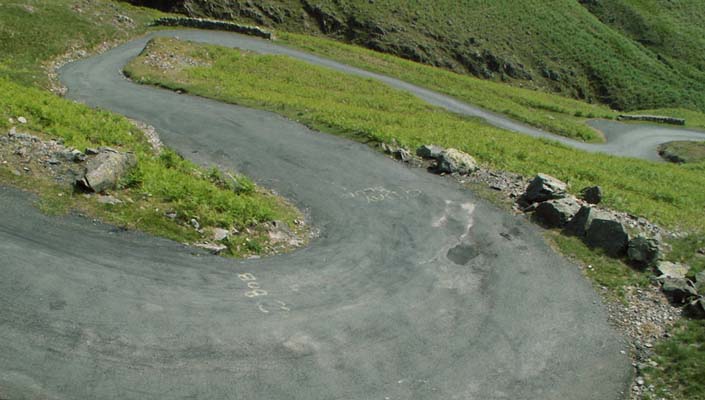 The area is quite exposed near the summit, so make sure you dress warm if it's a bit fresh outside. The wind can drastically reduce the temperature near the summit, leaving you tired, and freezing cold. 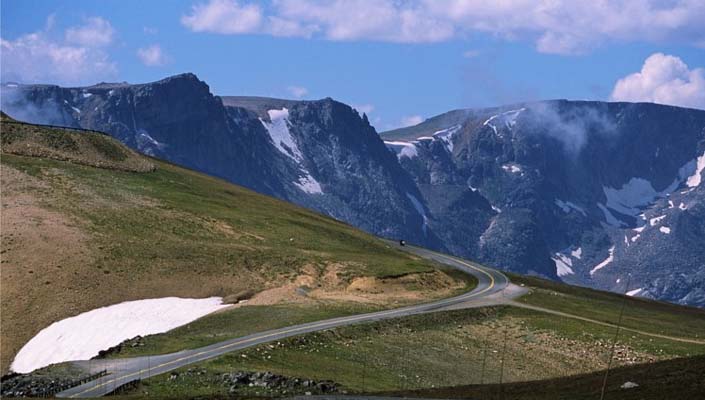 The name sounds freaking awesome, so we added it to our list! Beartooth Pass is a must see in the Montana region simply because of the stunning scenery and surrounds. The climb features multiple switchbacks with each offering a view of the valley below. The climb also travels through two distinct areas of vegetation starting in dense tree pockets before emerging into the barren alpine outcrops. The climb is very gentle unlike some of the others mentioned - a mere 4% gradient will see you gradually gain altitude without killing yourself. We've heard rumours of this climb meandering upwards for 30km, but very gradually. 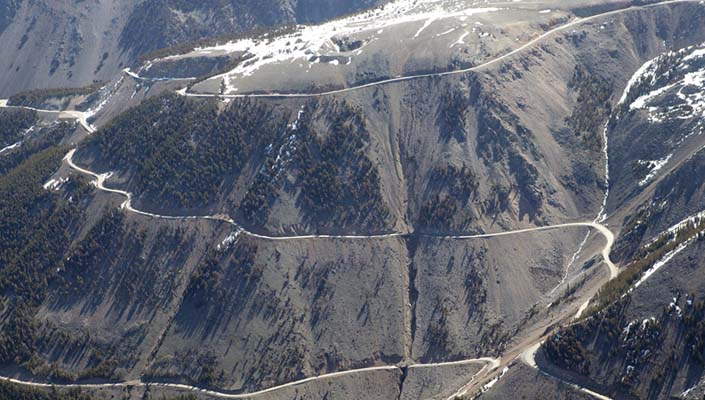 We've never been here ourselves but our sources tell us we should plan a trip to visit Beartooth Pass as well as the other mountain passes in the region. Pack a camera because once you summit this monster there are plenty of photo opportunities. The world famous Yellowstone National Park is a stones throw away, so make sure you pop in to absorb everything this area has to offer! 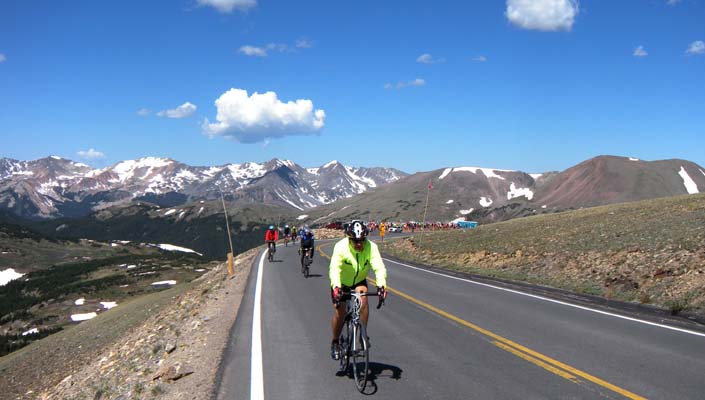 At the insistence of my Colorado colleague we had to add a section of Highway 34 to the list. Also known as Trail Ridge road, this is the "highest continuous paved road in the United States". The route reaches a maximum elevation of 12,183 ft (3,713 m) as it crosses the Continental Divide. Chuck recommends riding from Estes Park, pay the gate fee then saddle up, sit down (climbing while standing is too difficult with the thin air at the top), and enjoy the "epic beauty". 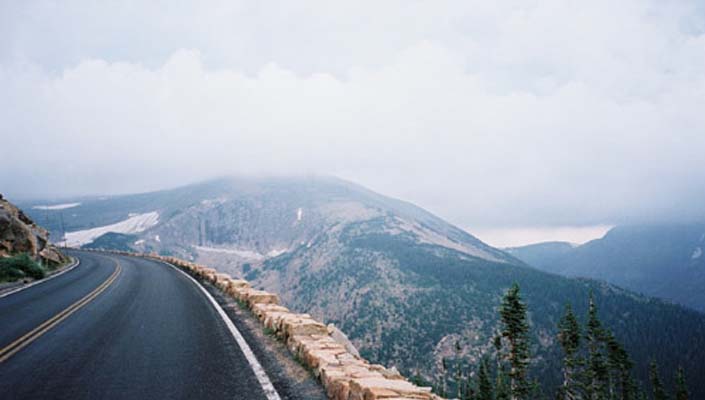 Alternatively he recommends a real day in the saddle: Start in Boulder, ride over the pass, then down the other side all the way to Winter Park resort (143 miles, 230 km). This is a real 9 hour ride, so pack well and check mountain conditions before departure.

If you're not much of a climber, it's no excuse. It just means you'll take a little longer to summit these climbs. As far as the 'Round the World' ticket goes, you may as well time it so that you can watch the 2014 Tour De France. Apparently there are some good climbs featured in this year's edition!