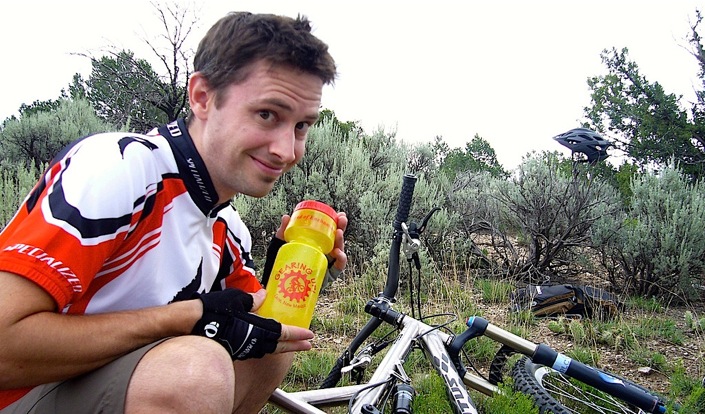 When it comes to hydration, cyclists typically get advice thrown at them from all angles in much the same way professional riders are drenched by well-meaning fans on a climb up the Alpe d’Huez.

Friends and companies flood us with advice on what to drink while riding, before riding, after riding – and riding between 10 and 11am on the fourth Sunday after your last puncture as long as the moon is in the first quarter. The same goes for the various energy gels out there.

It makes most of us feel more than a little confused and left wanting to ask: "What’s wrong with just drinking good old water??"

Let’s start with the good news first: The answer to the question above is that there is absolutely nothing wrong whatsoever with water. Water is, to put it simply, a great way of quenching your thirst – both on and off the bike.

It does, however, have certain limitations when compared with the many sports drinks and energy gels out there.

And a lot of it has to do with electrolytes and carbohydrates.

When you exercise, you sweat. And sweat is salty. This is, generally speaking, down to the electrolytes, which is another term for things like calcium, magnesium, potassium, sodium and a string of other acids, bases and salts. To be able to sustain a physical effort over a longer period of time you need to replenish your body’s deposits of electrolytes as well as its water levels.

The same goes for carbohydrates. These are probably the best source of readily convertible energy you can give your body. This is because your body can easily convert them into glucose, which is, roughly speaking, the fuel you’re going to be burning when riding a bike at speed. You can get carbohydrates from various different types of food, including bananas, nuts, oats and whole grains, as well as from various energy drinks and gels.

One thing to bear in mind though, is the difference between sugars. Your body is great at burning Glucose for energy, but not so good at breaking down Fructose. In small doses, such as those found in fruits, fructose is not too bad, but high amounts from some gels and drinks containing fructose (often in the form of high fructose corn syrup (HFCS)) will certainly cause more harm than good. Be sure to check out the ingredients to make sure.

So, we’ve established that energy drinks and gels can do things that water can’t. The question then becomes: "Do I need what they can do?"

The math of restocking 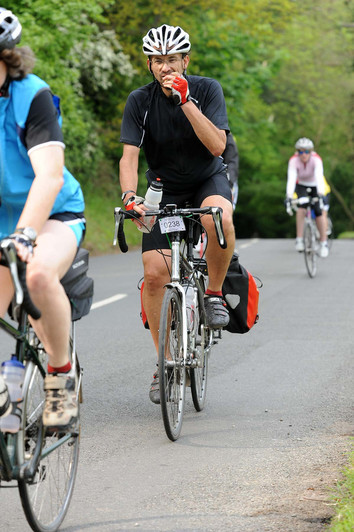 To answer that, we’re going to don the accountant’s cap and get settled in with an abacus and talk about the intricate details of calorie counting and wattage.

Actually, let’s just throw them both in the corner and go with some rough, very basic figures. As they are basic figures, they can vary from rider to rider and depend heavily on how you ride. They can, however, give you a rough idea of how much energy you use while riding.

Your twin, on the other hand, is taking the scenic route, riding around at 12 – 14 mph instead. This sort of effort sees them burn roughly 650 calories in an hour.

If you both spend ten hours a week in the saddle doing this, you burn 10,000 calories cycling, while your twin goes through 6,500. According to rough figures, a man needs around 2,500 calories a day to maintain his weight, while a woman needs 2,000. So you’re basically burning through four days of ‘normal’ calorie intake, while your twin has only burnt through just over two days’ worth.

This is, of course, a roundabout way of saying that what you drink and eat before, during and after cycling depends heavily on what sort of effort you’re putting in.

So the blunt answer to whether or not energy drinks are a good idea or not is that it depends on the quality of your training and racing.

Water and a banana will be just fine for a slow ride, but a longer, harder ride will drain you of electrolytes and carbohydrates, making energy drinks and gels a good idea.

In both cases it’s worth thinking about the fact that we’re all very different. Some will feel like they need to restock while riding, whereas others feel like they do better with waiting till they get home.

Cycling Experience: From this information you would think in very hot climates sports drinks are the way to go because of the massive loss of electrolytes common when riding in extreme heat. This is true...to a point. Cyclists familiar with these conditions always pack electrolytes and water. When you get really thirsty the last thing you feel like is a sugary sport drink. Sometimes water is the only stomachable solution to dehydration.

The problem with energy drinks is that they’re expensive, but you can actually make your own. Your basic ingredients are maltodextrin (can be purchased at most chemists), dextrose, a little seltin salt (contains both natrium chloride and magnesium chloride) – and some sugar free squash, to keep you from hurling at the taste, which can be pretty brutal...till you get the mix right. Maltrodextrin is slowly released into the system while dextrose offers a quick energy boost, so the optimal mix depends on what you’re looking to achieve.

How do you feel about hydration? Share your thoughts and preferences on staying topped up on the bike via the comments below.