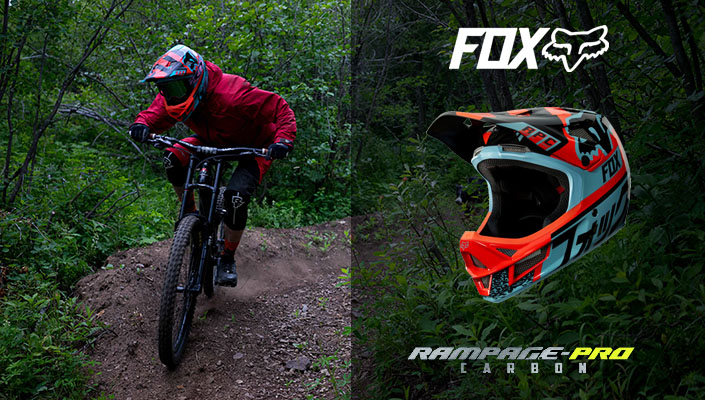 The Fox Rampage Pro Carbon MIPS is one of the industry's elite helmets, but is it worth the price?
image: Josh Palmer

There are very few things in this world that are as much fun as riding downhill on your bike. The feeling of the wind, the shralping noise of your tires, and the silence of being in the air. The feeling of riding DH truly is second to none, that is until you crash.

Crashing is no fun in any sport, but crashing while riding DH is really quite dangerous. There is not much that doesn't hurt when you go down at 20 mph on a gnarly steep section littered with rocks and roots. It's not a matter of if you'll crash, it's a matter of when; so being prepared for crashing is a part of the skills you develop as a DH rider, and a big part of preparedness is the quality of your safety gear.

Fox introduced the Rampage Pro back in 2013 to an already crowded helmet market and knew they had to come in strong or the Rampage would flounder. With sleek looks, comfortable fit, and top tier safety, we all know the Rampage Pro Carbon was a hit. Three years later, and the addition of MIPS, we take a closer look at this helmet and see if it lives up to the hype. 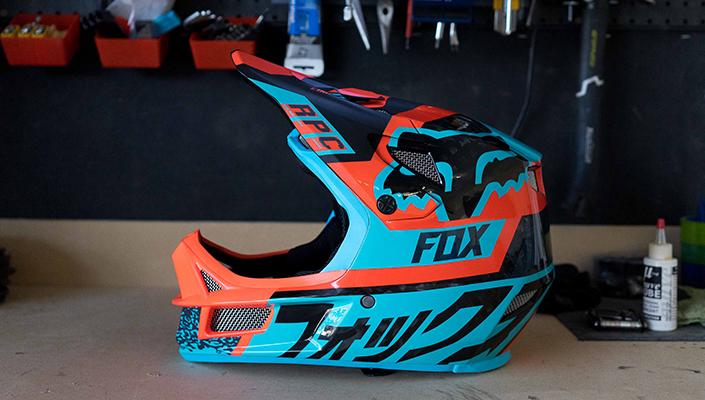 Light blue and orange, this is one of Fox loudest offerings in the Rampage Pro
image: Josh Palmer

The Rampage Pro Carbon has a premium, sleek, and moto inspired look that is as far from Euro as it gets. The lines are somewhat serious and menacing, making the helmet look performance driven for professionals, not quirky and youthful like the Kali Avatar 2. Though it is somewhat simple and minimalist, it doesn't look at all cartoony like the POC Cortex DH. The Rampage's jaw line is square and provides good coverage for the mouth. The helmet is built for square goggles, which are most common, but if you are running ski goggles, it's time to upgrade; and if you're a sunglasses-in-your-full face type, march right down to your local bike shop and pick up any sort of goggles ASAP.

The Rampage comes in a good mix of subtle and loud designs and colorways giving you good choice on how much attention you want to draw. With that being said, it's easy to see why matte black is the best seller. Despite what die-hard Troy Lee Designs D3 fans might think, no other helmet matches a matte black paint job better than the Rampage Pro Carbon. In fact, all other manufactures should retire the use of matte black until Fox decides it doesn't want it anymore. 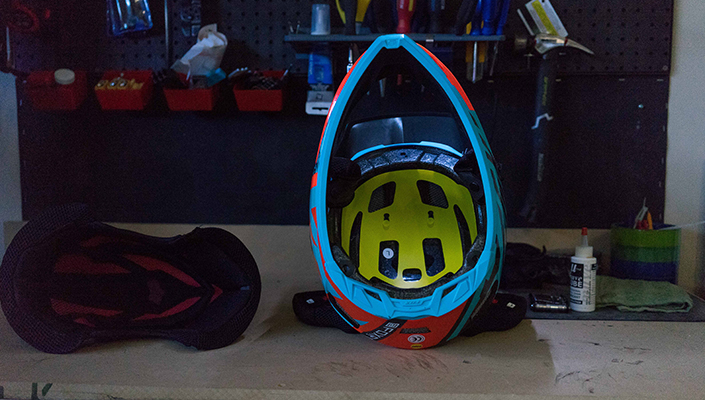 The MIPS liner does its job well in the Rampage Pro
image: Josh Palmer

The MIPS liner is barely visible without taking all the padding out. The fit between the MIPS and non-MIPS Rampage Carbon is a little snugger, but overall hardly noticeable. The movement of the MIPS, however is more noticeable as the helmet seems to wiggle around more easily when you move it around with your hands, almost like the liner has extra play in it.

The visor is adjustable, but rarely comes loose. It works with the vents on the shell of the helmet to provide unobscured airflow. Replacement visors are available, so please, don't run this masterpiece as a squid lid. 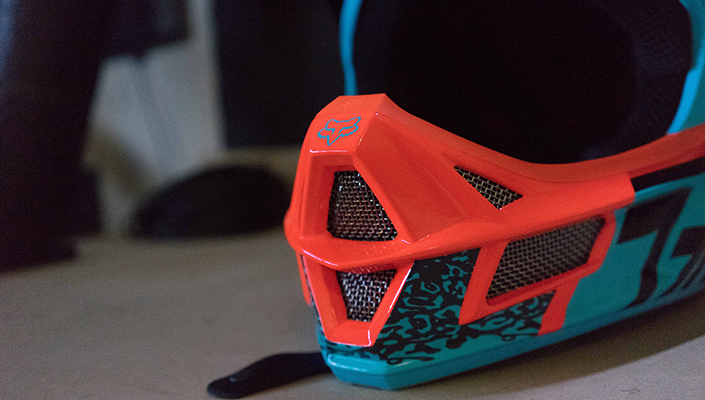 The very functional 17 vents keep the helmet surprisingly cool and add to the aesthetics much like a well-placed hood scoop on a 69 Camaro ZL-1. The Rampage Pro has 3 different EPS liners and 2 individual carbon shell sizes meaning the fit of the helmet should be bang on in all sizes. This is key in reducing the pressure points found in some helmets as well as reducing the actual padding needed to make the helmet fit snugly on your head. The internal pad set is made of moisture wicking material and, again, works with the 17 vents to keep you cool and comfortable. The individual pads are attached to a sort of mesh cap that keeps everything in place as well as keeps your hair out of the vents, which could block airflow. 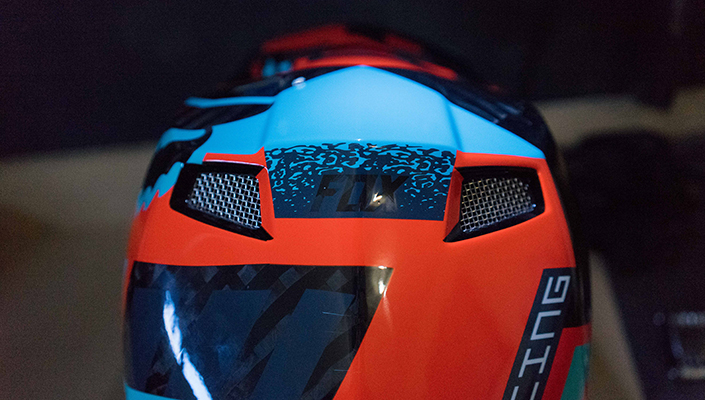 All the aluminum mesh vents connect in the helmet to maximize airflow
image: Josh Palmer

The cheek pads fit quite well, still allowing you to speak normally and not applying too much pressure to your cheeks and jaw. I have a fairly large head with large facial features, and most helmets either apply too much or not enough pressure on my head and face. The salad bowl fit of a large Giro Cipher doesn't apply enough pressure, while the TLD D3 is too form fitting around the cheeks and jaws that I can't speak properly. The Fox seems to fit perfectly. 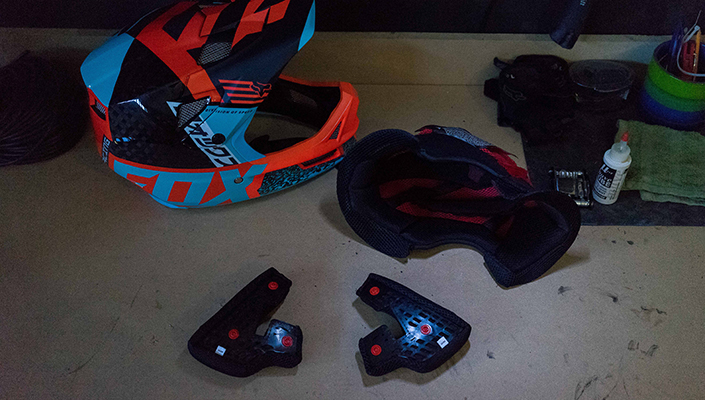 All the padding easily snaps out to make washing easy
image: Josh Palmer

All the padding is removable to make washing the helmet easier, and the cheek pads are even removable while the helmet is still on your head in case of an immobilizing crash. The helmet does not come with a spare visor, which is a shame, but it does come with a very nice helmet bag. 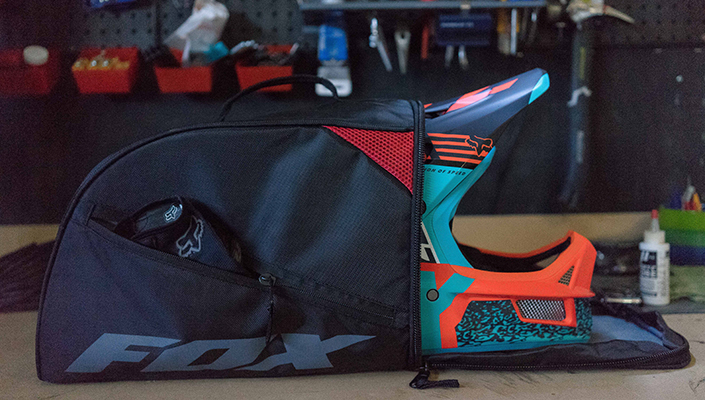 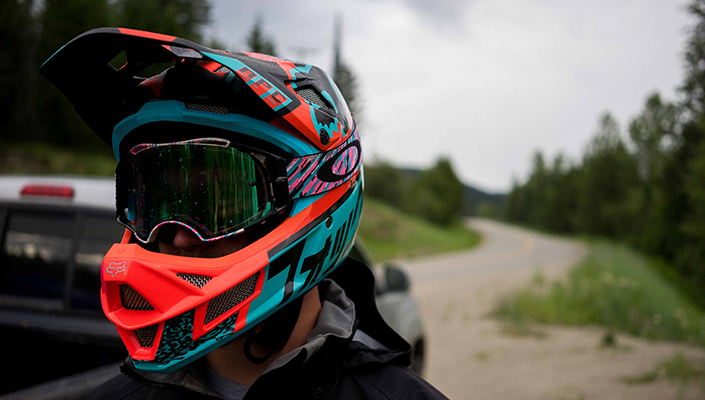 The Fox Rampage Pro Carbon MIPS looks good, but how does it ride?
image: Josh Palmer

I was sent an XL helmet in light blue and orange colorway - one of the loudest in the lineup, but somehow still subtler than most of TLD's offerings in the D3. All aesthetics aside, how was it to actually use?

The helmet is comfortable - you notice that as soon as you put it on your head. The beefed up carbon helmet also feels light in your hands and has a light-on-your-head feel without bobbling all over the place. The moto looks and supreme fit definitely seems to inspire confidence. 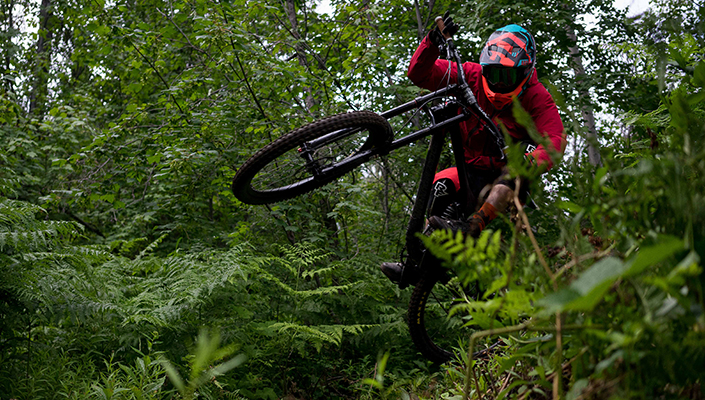 Knowing you're safe gives you confidence on the trail
image: Josh Palmer

Although I don't often wear one, the Rampage Pro gives ample room for a neck brace, working well with either Leatt DBX 6.5 Carbon or Atlas.

Even under supreme choppy trails the helmet stays snug on my head. Once you start riding you forget it's even there. This is a hard thing to accomplish for any gear manufacturer. In some helmets the foam will pack-out during your day and your helmet will slowly begin to bobble all over the place. This is not the case with the Fox; it stayed rock solid every ride.

RELATED: Carbon Handlebars: Why your MTB needs a set

The field of view is excellent with hardly any interference even when your head is down in race position or when you're using your peripheral vision to anticipate corners. Vents built into brow of the helmet move a surprising amount of air through goggles, helping to clear fog almost immediately. 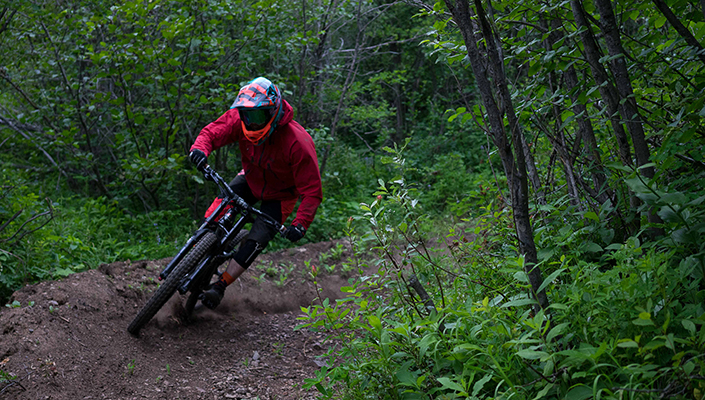 The Rampage Pro looks good on your head, which makes you look good on the trail
image: Josh Palmer

Although I never had to test the safety features in this particular Carbon Rampage, I have crashed hard in multiple helmets before, and in one particular crash I dislocated my shoulder without even ringing my bell thanks to a Fox helmet. Concussions are no joke and we really must do whatever we can to protect ourselves. 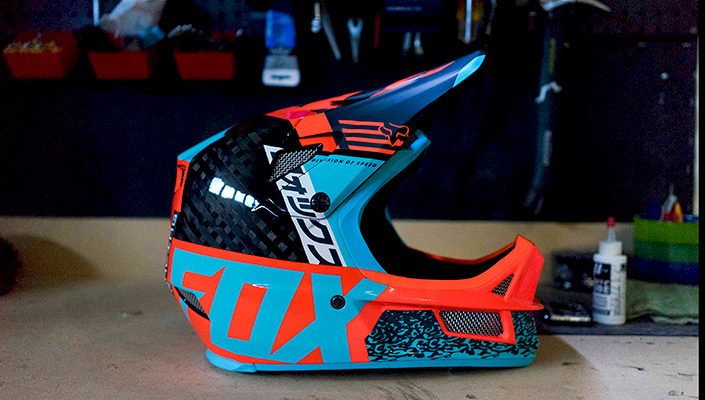 The Rampage Pro MIPS is expensive yes, but it's a small price to pay for safety
image: Josh Palmer

The Fox Carbon Rampage Pro MIPS is the real deal. It offers superior fit and comfort with supreme safety. The helmet comes in enough styles and colors to appeal to almost anyone, and does so without compromising its sleek, premium look. The $450 USD price tag may be a little steep for some, but the Rampage Pro is $50 cheaper than the D3 from TLD, and $75 cheaper than the Cortex DH MIPS from POC. A quality helmet is the single most important piece of protective gear you own. Do not cheap out.

RELATED: Save money by spending more - Buy the bike you want regardless of price 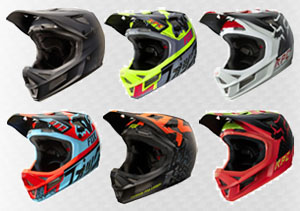 Find this helmet in your color at a local dealer

Fox is one of many manufactures making quality helmets right now. The best advice I can give is try them all on and buy whatever one fits the best. Even if it requires you spending another $100, do it. With my experience in riding almost all of the high end DH helmets, the Fox, without a doubt, fits my head the best. Some helmets like the Giro Cipher and Bell Full-9 are quite safe and light weight at a cheaper price, but they seem to fit only a specific head type.

The one drawback to the Fox Carbon Pro MIPS is that it doesn't come with a spare visor or parts kit, but realistically this is a small detail. Some might see the $450 USD price tag as an issue, but those people may want to re-think their priorities.

The precise fit, the sleek moto-inspired looks, and the top-notch safety all make the Fox Rampage Carbon Pro an industry leading helmet. The price is worth every penny for fit and function that is this good.

With MIPS equipped helmets being on the market for a few years now should you be using one?

BikeRoar discusses whether or MIPS is worth... READ MORE 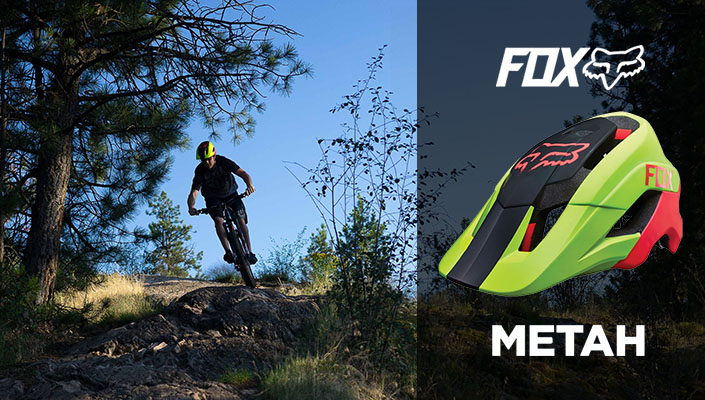 Need a new AM trail helmet? Maybe the Fox Metah is the one for you

BikeRoar gives you an in-depth look at the Fox...READ MORE