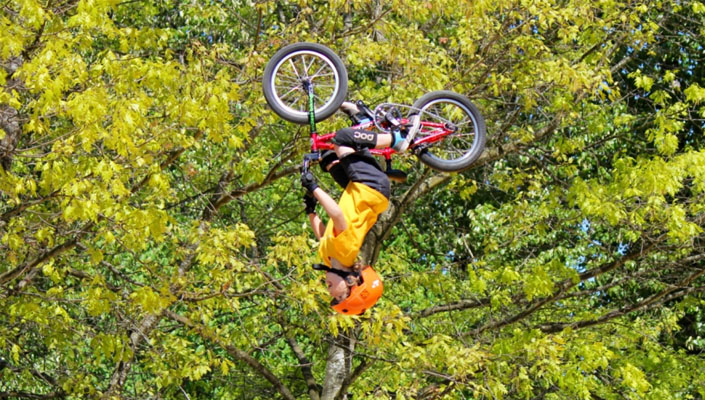 It seems that the vast majority of young athletes with prodigious talent are compensating for a shortcoming in some other area of their lives - mountain bikers with mad skills that rarely go to school, powerhouse track racers with barely-controlled aggression, and roadies who spend so much time banging out the lonely miles that they have no friends and no social life. So, meeting 11-year old internet sensation and downhill wonder boy Jackson Goldstone was both a relief and a pleasure. To say he's just a regular kid would be selling him short, but it is fair to say he likes doing regular kid stuff - he just does it better than the other kids.

The Goldstone family live, ride and race on the trails and parks around Squamish, British Columbia, in Canada. Jackson's parents, Ron and Miriam, were mountain bikers even before Jackson and his sister Bailey were born, and it seems they have passed on not just their passion for all things bike-related but also a humility, sense of fun, and willingness to listen that have moulded the pint-sized grommet into both an amazing athlete and a really nice kid.

Jackson's rise to fame came primarily through viral video footage of him on his balance bike at age 3, landing monster jumps as an 8-year old and tail-whipping at 9, but he also has an impressive racing and competition pedigree. This combination has attracted a list of sponsors that any pro would be proud of - Shimano, Fox, Oakley, Lil Shredder, GoPro, KORE, FiveTen, and Royal Racing are all happy to be associated with him and his family.

So, what is it that sets Jackson apart from the thousands of other kids out there racing on the dirt?

"Well, I guess the main difference is that we do everything as a family," says Jackson. "We all ride bikes, we all race and we just have an awesome time. Our parents tell me and my sister Bailey that they're proud of us but really, we're super proud of them! They're awesome, and that makes everything more fun." 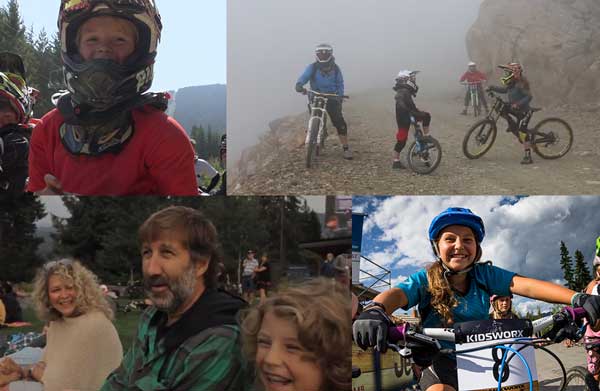 His father, Ron, is understandably proud - but not necessarily for the most obvious reasons. "People are constantly contacting me to say that Jackson is an inspiration to them. To us as a family, that means a lot more than winning races and trophies and getting famous. It's about the fun of riding your bike, and the community that exists around biking events, clubs and trails. Mountain bikers have an inherent respect for each other that is perhaps lacking in other sports, and we've done our best to make sure Jackson and Bailey demonstrate that respect to everyone they come in contact with."

Ron is about as far from the stereotypical pushy parent as you can get - part of this seems to stem from the fact the whole family are racing whenever they go to a meet, so to some extent everyone has to focus on their own needs whilst being considerate of the rest of the family too.

"It makes it way more fun when we're all racing," enthuses Jackson. "It's like an awesome family outing."

And how in the world did he learn those jaw-dropping tricks?

"I just practice a lot," he grins. "I ride a lot - a real lot - and I guess you just get better when you do stuff all the time. I copy the pros to see how they do stuff, then I just do it over and over again. And sometimes, even when I'm not on my bike, I'm thinking about tricks or moves and how I could do them or improve them."

And how much did he have to do with his viral video fame?

"Not much really. My dad posts some stuff, but some of those videos were put online by other people and had nothing to do with me or my family. I guess it's worked out pretty good though."

Indeed it has - keep an eye out for Jackson in the future, because this little guy is just getting started.

RELATED ARTICLE:
"When I was a kid I...." A brief history of Jackson Goldstone, the future of mountain biking

You've probably seen the video of some crazy, balls-of-steel kid riding his runner-bike to kindergarten. If not then check this out... READ MORE