In America, bigger is better, and the only option you'll ever get in life is to 'supersize' everything. From burgers to cars, mountain passes to rear cassettes. In recent times, America has also taken a big step up onto the global stage of cycling - with events such as Tour of California springing to mind.

The roads in North America are well worth exploring too, with thousands of miles of twisting tarmac and inclined gradients. The scenery is spectacular too, so enjoy it. No doubt we'd all be going slow enough to take it all in, right? 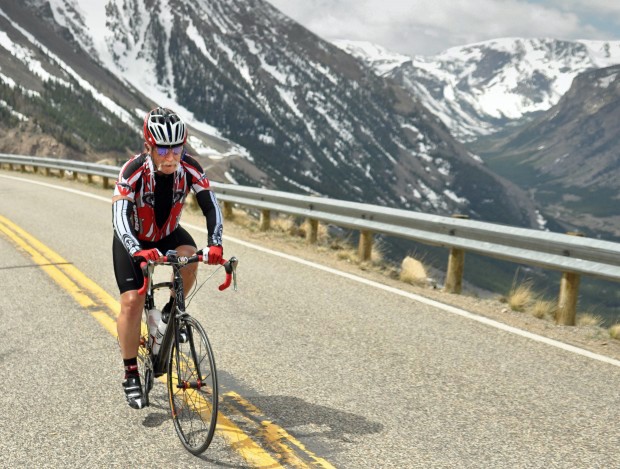 Beartooth Highway has been called "the most beautiful drive in America"
image: missoulian.com

Beartooth Pass is quite an imposing name for what is just a very long, yet extremely gradual climb. There's nothing overly taxing about completing the climb except for the actual distance itself. The road twists and meanders its way up Beartooth Mountain, Southern Montana, before finishing in Wyoming.

The main attraction of this climb is the constantly awe-inspiring views, with multiple switchbacks offering you a second and third glimps of what caught your eye. At the 23 mile mark, the road pops out above the treeline, and begins a cruisey traverse of Alpine terrain as you head towards a descent at the 27 mile mark. Once this short descent is over you'll have one last push for the summit. 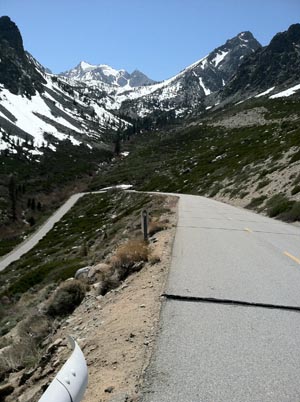 Looking down a twist of Onion Valley Road
image: http://joandeitchman.com

Something about onions having multiple layers... well, this climb only has one. Hardcore. Located in Eastern Sierra, this is touted as the hardest climb in California, and also one of the most spectacular arid environment climbs around. This climb is steeper and longer than the Galibier, or even the Tourmalet, two of the most famous climbs of the Tour de France.

The climb starts with a gentle meander upwards, just long enough to lure you into a false sense of... BAM! The gradient soon kicks up as you climb, making its way up to 10% in some parts, giving the last 10 miles alone an average gradient of 9% overall.

The views are well worth it, as the relatively smooth road surface brings you closer to the clouds and higher above the Owens Valley below you. The best section of this climb is reportedly a segment of switchbacks near the halfway point. These switchbacks offer incredible views over the valley floor as well as the ribbon of tarmac you just conquered!

NOTE: The descent is incredible; one of the best in the USA. Be careful, it's easy to make a mistake... 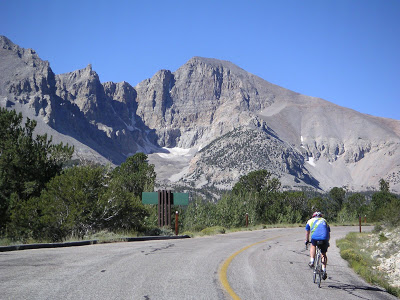 Wheeler Peak is the second highest mountain in the state
image: altaalpina.org

Sometimes the best rides are the loneliest, and Wheeler Peak offers just that - remote cycling at its finest. If you check the climb out on Strava, only 6 people have actually recorded efforts up it, indicating some level of how quiet it will be. The climb makes its way up Buck Mountain, near the border of the Great Basin National Park. Incredible scenery, and incredibly remote.

The climb itself is quite steady in gradient, with very few fluctuations in the level of suffering. About a third of the way in, there is a slight downhill before the previous gradient continues, unaltered to the summit. The views are more towards the summit itself, as you'll almost always have a glimpse of the permanently snow capped peak. The downward views towards the valley floor are quite a contrast as you climb from desert to alpine in one breathtaking ride. 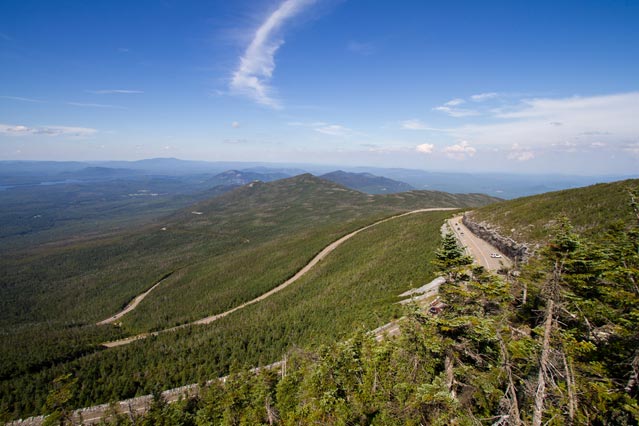 As an outsider, you wouldn't really think of cycling in New York. All you might imagine are taxis, millions of people, and lots of doughnut shops. WRONG! The climbing here is worth the trip, with Whiteface Mountain being one of the more popular for local city slickers to test their mettle. The climb itself takes a relatively direct route up the namesake mountain, culminating in a final switchback before the push for the summit.

A fairly consistent gradient would make you think of setting a steady rhythm, but quite the contrary. The road reportedly rides steeper than what it is, but everyone says that on a 'bad day' right? The climb does mirror Alpe D'Huez in length and gradient, with digits tipping 10% gradient for over 3 miles of the climb - and that will hurt!

Closer to the summit of the climb, there is a respite in the gradient as the trees clear for a stunning view to the side and to the summit.

So there you have it, four climbs to plan your year around. If you manage to conquer any of these climbs, or can suggest others, let us know! Take it easy on the descents, because the idea of mastering these mountains is to be able to share the story with friends, not the nurse.

RELATED ARTICLE:
How to become a better climber