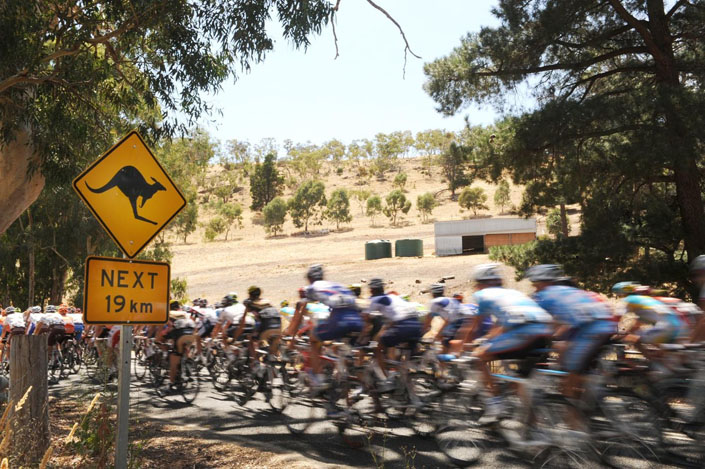 The pros are on their latest bikes in the 2015 Tour Down Under
image: le-monde-du-cyclisme.over-blog.com

The start of a new ProTour year is always an exciting opportunity to see what new machines the Pros are riding and to check out how they've added individual touches to their team-issue bikes.

There were a few big changes in 2015: notable among these were the absence of Colnago (due to Europcar's departure) and Cervelo (who officially leave the World Tour but still have some bikes at the IAM Cycling team). There is a noticeable increase in sponsorship from power meter manufacturers - SRM, Pioneer, Garmin, Power2Max, Stages, and Quarq are all represented.

Shimano are the overwhelming favourite when it comes to groupsets, with most teams going for the electronic version, but a few stalwarts hanging on to their mechanical sets from the past few years. Things may get a bit more competitive later in the year as both SRAM and FSA have digital groupsets in the developmental stages.

Here are four pro bikes that stood out as being a little unusual or just plain impressive: 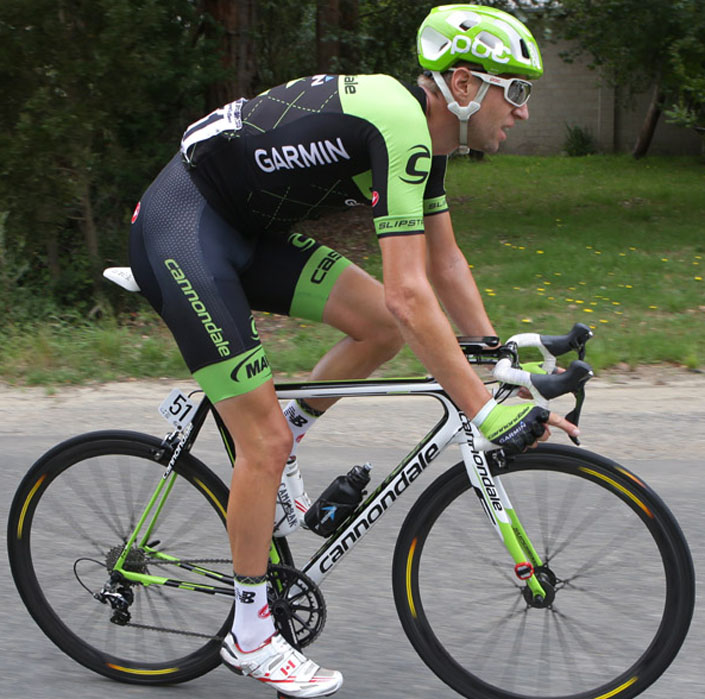 The former Garmin-Sharp team has jumped ship from Cervelo to Cannondale for 2015 and Hesjedal, like the majority of the squad, has opted for the EVO Hi-Mod version of the SuperSix.

Hesjedal is definitely an individual - he has opted for a mix of old and new technology, sticking with Shimano pedals instead of taking advantage of the new Garmin Vector units on offer. By shunning the Garmin pedals, he is one of the very few riders in the peloton without a power meter. He's also in the minority with his groupset, choosing to stick with mechanical Dura-Ace shifters and using a lightweight Cannondale SiSL2 crankset. 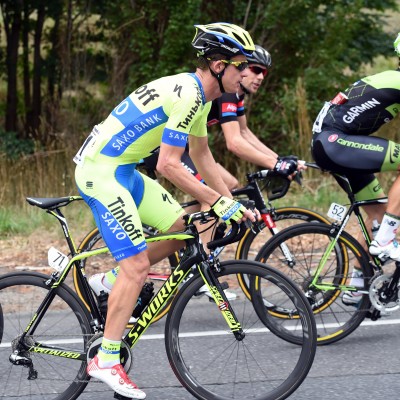 While some of the Tinkoff-Saxo team sprinters have opted for the more aerodynamic Venge, Rogers and the other workhorses of the team prefer the stronger all-round qualities of the 2015 Tarmac.

The flouro yellow and black paintwork is definitely eye-catching, and the bike as a whole is a thing of beauty.

Look a little closer, though, and you'll notice Rogers has cobbled together a truly mixed bag of components on his 56cm frame. He's riding a SRM FSA K-Force Light BB386 crankset coupled with an FSA chain, although I suspect there will be a change in the brand of chain he uses as he has snapped two already this year.

His shifters are the electronic Dura-Ace Di2, but his chainring is SRAM Red.

There may be some truth to the rumours that FSA are about to release their own electronic groupset - if that's the case, Tinkoff-Saxo might just be playing for time and using up all their old components. 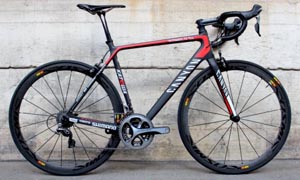 Like every other Katusha team member, Belkov's bike is fitted with electronic Dura-Ace Di2, but he alone has chosen to go with SRAM Red brakes rather than sticking with Shimano.

Most of the team bikes run Mavic R-Sys SLR WTS Exalith 2 wheelsets, which look very slick, but again Belkov stuck out by being one of only a few Katusha riders to alternate them with the Mavic Cosmic CXR 60 WTS, a much deeper wheel (and presumably more aero). To round out the package, he has a set of unbranded 40-cm handlebars instead of the team-issue Canyon H18 Carbon. 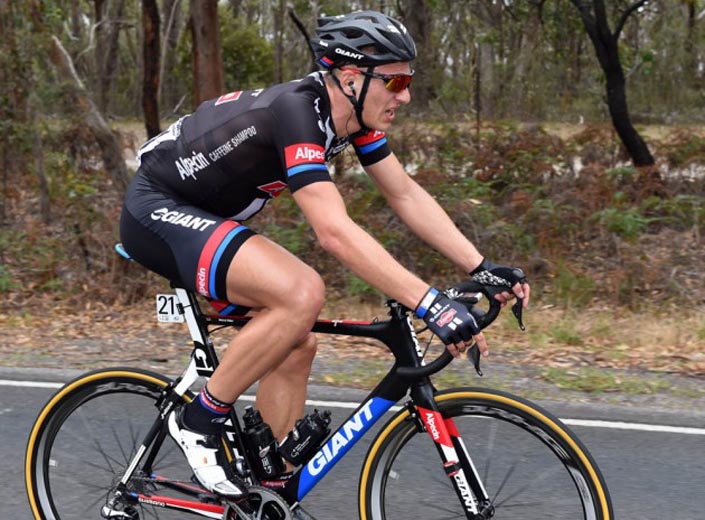 At an imposing 6'2" (1.88 meters), Kittel naturally rides a large frame from the Giant stable, which seems to emphasise the forward-sloping top tube and creates the appearance of adding to the aerodynamics of the Propel SL, which is exactly what Giant claim is the case - for a road bike, at least.

In keeping with this theme, the bike uses 'aero' brakes mounted behind the fork blades, and all of the Shimano Dura-Ace Di2 cabling is neatly tucked away within the frame, which accentuates the bike's clean lines.

The bike is finished off with a Shimano Dura-Ace C50 wheelset, and sports the new version of the Pioneer power meter which attaches to the inside of the left-hand crank.