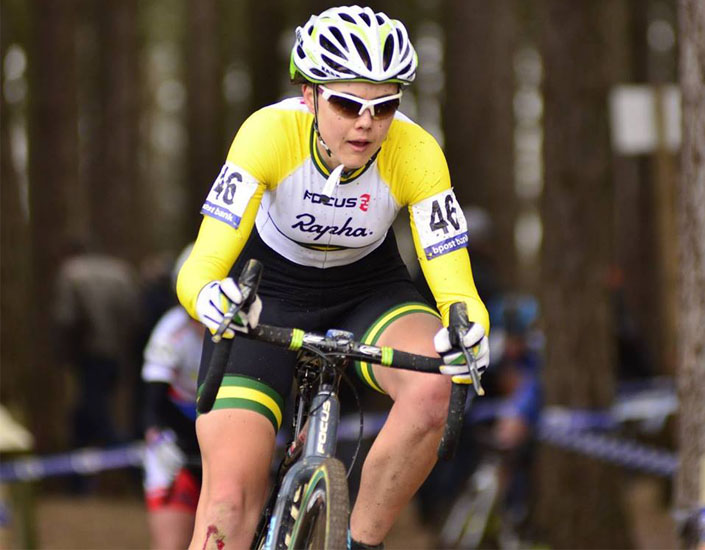 Cycling, in general terms, is going through a decade-long boom Down Under, but some sub-cultures of the sport are outstripping the others in terms of popularity, spectator access, and participation levels. Cyclocross is at the pointy end of this phenomenon: four or five years ago nobody in Australia was even completely sure what it was. Fast forward to the present and on any given muddy Melbourne weekend the trails, parks, and CX tracks are packed with fun-loving filthy riders hoisting their bikes up slippery embankments and tossing them over makeshift hay-bale barriers.

OK, it looks like a lot of fun, but why the sudden boom in popularity?

Lisa Jacobs, a two-time Australian CX champion and representative at the 2014 World Championships, says that there are lots of reasons, but none of them are very complicated.

"There is no bunch politics in Cyclocross," Jacobs explains. "Everyone, from the Pros right down to the first-timers, races the same course in the same conditions. Nobody really cares if you are riding a $10,000 sponsor bike or one that you picked up third-hand on eBay. None of us are too precious about bikes or kit or appearances, because two laps in you'll be covered in mud anyway.

"Because the courses are small and tight, and are generally in an inner-city park, the races are easy to get to and it's easy for spectators to see the entire race unfold.

"It's not like a road race or MTB event where you often have to drive for hours and there's nothing for spectators and support crews to see except the finish line. At a cyclocross event you get to see it all." 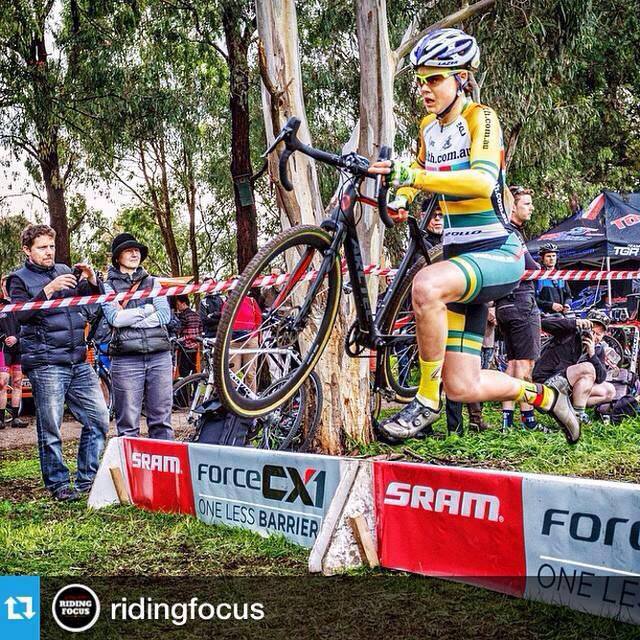 Like a Grand National horse race for cyclists, cyclocross features barriers and other obstacles on a tight race circuit.
image: ridingfocus via Lisa Jacobs

Unlike some other forms of the sport, women seem to be very well represented in CX at both the racing and recreational level.

"It's the most non-threatening version of cycling," says Jacobs, "and at the same time the most egalitarian. If something goes wrong - if you crash or have a mechanical - you are always walking distance from the finish line anyway. And the obstacles, such as hay bales and hurdles, are difficult if you race flat out, but are easy to negotiate if you just get off your bike, climb over them and get back on. And everybody in cyclocross is pretty laid back, so there's no yelling, no abuse, and very few egos. That appeals to women who want to test themselves and their skills, who want to have some fun, but can do without the entire event being awash with testosterone."

As Chair of the Cycling Australia Athlete's Commission, Jacobs knows how difficult it can be to ensure women get equal treatment at all levels of every version of cycling. 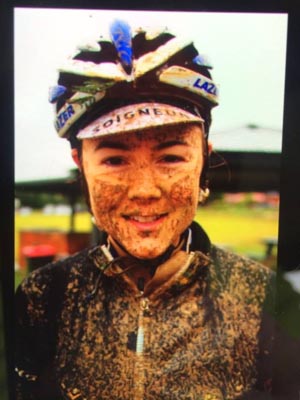 "In Melbourne there's been a concerted push to encourage women to get into cyclocross through local clinics and women-only skills days," she says. "And the numbers are definitely increasing. I've been personally involved in a couple of CX Skills Days for women, which we expected to attract 10 or 12 participants and we got 40 or 50 instead.

"At most races there are kids' events too, so cyclocross racing is something that everyone in the family can enjoy. As much as it sounds like a cliché, it's a great family day out."

The easygoing nature and inclusiveness of CX racing means that participation levels are on a perpetual rise, and the depth at National and world-class level is steadily improving at the same rate.

"Each year more elite riders come out of the woodwork to turn their hand to CX, whereas before they may not have considered it as an option. As the sport gains even more momentum and athletes from the road, BMX, and MTB gravitate towards it, then the standards will rise exponentially."

Finally, any advice for somebody wanting to give CX a try?

"Just do it! What's the worst that can happen - you get a little muddy?"

Cyclocross (also known as CX or 'cross) is a great way to mix things up on two wheels. Although in many places the traditional winter cyclocross season is over, now is the time to start preparing for the next; whether you're competitive or social, experienced or green, male or female. At a cyclocross event... READ MORE