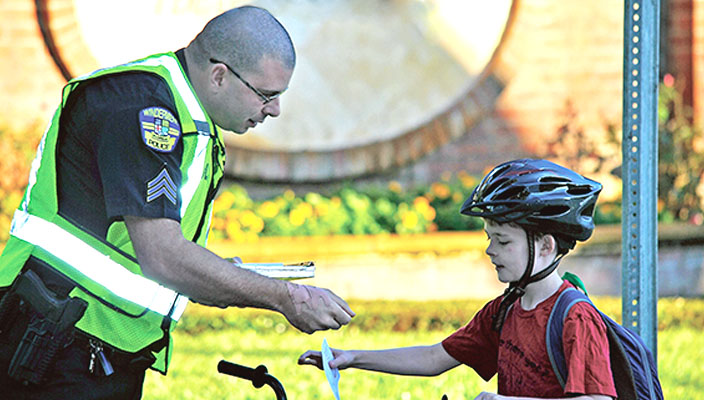 In many countries antiquated laws - which have no relevance and in many cases make ZERO sense today - still exist in their legal chronicles. As you would expect, there are many strange ones involving bicycles around the world.

No Speeding in Connecticut

Let's begin today's lesson in Connecticut USA, where anyone caught riding a bike over 65mph will be ticketed. Miles. Per. Hour. That's over 100 kilometres an hour! 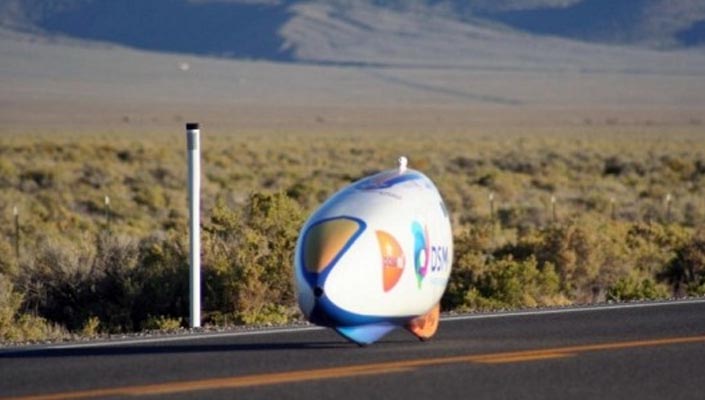 Don't try this in Connecticut, Sebastiaan!

There are only a very small handful of people who have EVER ridden a bicycle over 65mph (un-paced, on flat ground, and without assistance). The current record holders are Sebastiaan Bowier, a 27 year old Dutchmen, who trained 15 to 20 hours every week for a year simply to achieve this feat on a recumbent bicycle, and Barbara Buatois, a 37 year old Frenchwoman - one of the fastest female recumbent bicyclists and ultra racers in history.

Sorry, people of Connecticut, you won't be seeing Sebastiaan and Barbara compete in a recumbent street race until the government repeals that outrageous and outdated law.

Banned in Prairie, Okay in Dublin 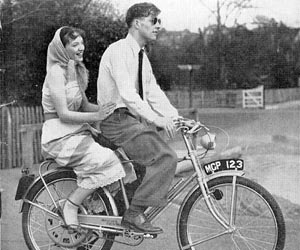 Applicable to a slightly larger group is a law in Sun Prairie, Wisconsin USA, which states that no rider of a bicycle shall remove both hands from the handlebars or practice any trick, acrobatic or fancy riding in any street in the city nor shall any bicycle rider carry or ride any other person so that two persons are on the bicycle at one time (unless a seat is provided for the second person).

So essentially, goodbye everything you did on your bike during childhood, hero arm finish line shots in your local charity race, and hello commuting only... and tandems.

Exercising its right to cause bodily harm from "furious and wanton cycling", Ireland separated itself from the UK when it abolished this as a statutory offence. Try it in England, Wales and Northern Ireland however and you could face up to two years in prison.

The moral? If you're from Wisconsin and want to practice your tricks, acrobatics and fancy riding in the streets, do it in Dublin.

Meanwhile in France, the original 1799 Parisian law making it illegal for women to wear pants in public was amended in 1909 to permit ladies to wear pants while on bicycles. Thank goodness for that. 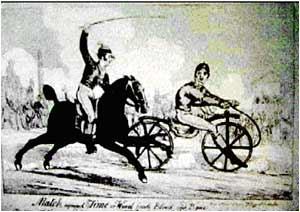 Our favorite, though, isn't a law as such, but a record of something most cyclists are still up in arms about today - abuse from other road users. It seems that courts have been dealing with hostile interaction between cyclists and other road users for centuries - literally. In November of 1891, a Canadian court annotation, ("Another Road Hog and What Befell Him," Cycling 1(24) (11 November 1891) at 287, as cited by Norcliffe, supra note 3 at 214.), includes a judge's quote to a man on horseback who attempted to block a cyclist on his ride to work:

"You thought the bicyclist had no rights on the road, did you? When this court has done with you, you will know differently. I suppose you have the idea that this young man's life is not worth that of your horse."

As an aside, the term for cyclists back then was "Wheelmen," which is badass. We might bring it back. But we digress...

Another year of the Giro d’Itlaia and another controversial decision by race officials. Last year it was the confusion surrounding whether the race was neutralized due to bad weather on the Stelvio. This year it is an innocent wheel change that has resulted in one of the favorites losing enough time to render general classification victory very much an uphill battle... READ MORE