Clipless vs. flat pedals and shoes for MTB 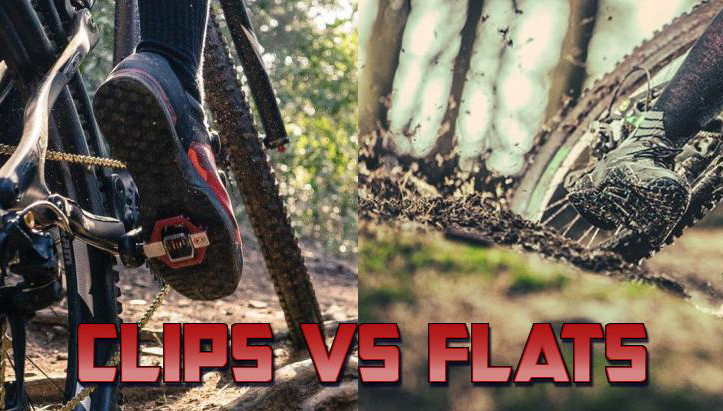 The debate continues... clips or flats for MTB?

There are two things (or at least two things!) that mountain bike riders love to argue about. The first is wheel size; with the advent of the 27.5-inch wheel within the last decade, nothing fires up a debate better than the 29er vs 27.5 dispute. A close second is the disagreement over pedal type... flat pedals versus clipless. Which is best? Which is safest? Rather than starting a war by defending one position or another, the team at BikeRoar had a close look at both sides of the argument...

Prior to the 1990s, pedals came with metal brackets, called toe clips, and leather or nylon straps that threaded through them, to secure the foot in position. Then, when the locking cleat took off, clips and straps were no longer needed, and the “clipless” pedal was born. It’s a confusing and nonsensical name, really, as the rider needs to “clip” the cleats into the pedals in order to ride.

What pedal/shoe type is best for you? 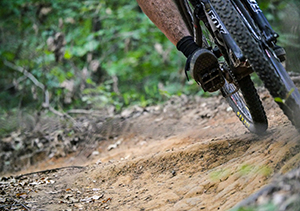 One of the first things to consider is your cycling background. If you are coming to mountain biking from the road, you are likely to be familiar with and more comfortable on clipless pedals. However, if you come from a discipline where flats are more commonly used, such as BMX, or are just getting started cycling, then flats may be a better choice for you.

Flat pedals offer an easy “bail out” option if the going gets a bit too gnarly. It’s a simple task to dismount, or to dab down a reassuring foot to stabilize yourself. And on fast flowing corners some riders like to extend their inside foot as an outrigger to ensure they don’t slip or slide. If and when you come to a stop, getting moving again is a simple proposition with flat pedals.

Finally, many cycling purists emphatically claim that flat pedals help new riders develop proper riding technique – especially when negotiating jumps and obstacles – whereas clipless pedals allow new riders to “cheat” their way through the same situations by virtue of the fact that their shoes are locked into the pedals. 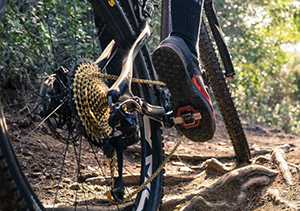 On trail and off, clipless has its benefits. photo: Wiggle Guides

On the flipside, clipless pedals offer some advantages of their own. Firstly, with your feet attached to the pedals, there is no foot movement or slippage no matter how rough the terrain. This, in turn, allows for easy hopping and lifting, making it much easier to negotiate logs and rocks by either lifting the front wheel up or “bunny-hopping” over the obstacle.

Conventional wisdom has it that clipless pedals allow more power to be distributed through the cranks because they allow the rider to “pull up” from the bottom of the pedal stroke. This has been proved untrue in recent studies, but clipless pedals do allow you to more easily scrape through the bottom of the pedal stroke and push over the top of it, which does even out power delivery and improve efficiency.

RELATED: How to ride slippery roots

Being effectively locked into the pedals also means saying goodbye to those scars on the shins caused by slipping off flat pedals. Flat pedals generally have pins or serrations to provide traction between shoe and pedal; the downside of this, of course, is that those same traction mechanisms really hurt when they whack you in the shin or ankle! 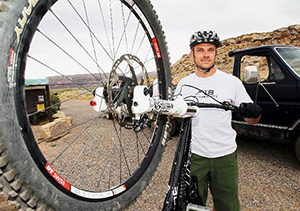 James Wilson lays it out for you. photo: The Daily Sentinel

Professional mountain bike coach James Wilson says that, after having tried both types of pedals, he can see the advantages in each, but that ultimately riders should use whichever type allows them to have the most fun.

“When I started riding mountain bikes I was told that I needed to get into clipless pedals ASAP – only beginners and downhillers used flat pedals. So, eventually I decided to take the plunge and try clipless pedals, but I must admit I never really got comfortable with them. Guys I rode with adapted really quickly, but not me! After falling over at a stop sign because I couldn’t get unclipped, I decided I was going back to flats – I figured I would take flats as far as I could and switch back to clipless pedals when I felt that my pedals – and not my fitness and skills – were holding me back. After more than 10 years of riding, I’m still waiting for that day!”

RELATED: Don't give up on your mountain bike!

He also points out that having the right shoes is just as important as the pedals themselves.

“Clipless MTB shoes generally have a very rigid sole which allows for excellent power transfer,’ he says, “and that’s exactly what I look for in flat-pedal shoes, too.”

Here are some of our favorite riding shoes, clipless and flat: 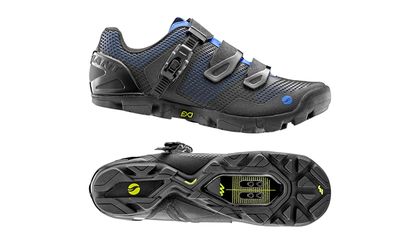 Another acronym of proprietary technology, MES stands for Motion Efficiency System and allows for that balance of stiffness, yet flex, when pedaling and maneuvering, ideal for the all mountain environment and trail conditions. The styling looks good and you can be sure that Giant tested these shoes throughout their pro rider network. Available in black/blue and orange.

A powerhouse in cycling technology and components, Shimano has teamed up with Michelin for optimizing their tread pattern on the sole of the shoe. The ME7 sports a higher cut neoprene ankle support and extra impact protection in the toe, while the ME5 has a lower cut profile ideal for the trail rider, with a no-nonsense black color scheme and solid three-strap design. 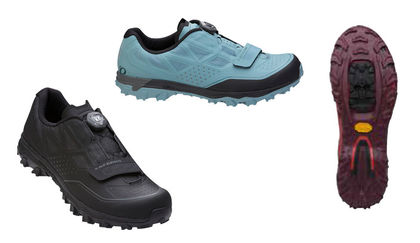 At the recent Interbike 2017 trade show, Pearl Izumi debuted the X-Alp Elevate as one of three new models in its spring 2018 line. The X-Alp Elevate is an SPD cleat shoe with an aggressive, grippy Vibram sole. A nylon/carbon composite midsole transfers pedaling power, and a Boa IP1 reel give you plenty of adjustability for comfort inside the seamless upper. You can't get them just yet; these shoes in red, black, or blue will be available in early 2018. 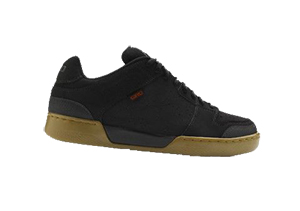 A top quality shoe from Giro, the Jacket’s tread is closely spaced around the pedal contact area with wider spacing for traction at the heel and toe areas. The compound Giro have chosen is Vibram’s Idrogrip, ideal for flat pedal grip but also specifically designed for traction on wet surfaces – perfect for pushing or carrying the bike when dismounted. For comfort, fit, stiffness, durability and traction, this shoe is very hard to beat. 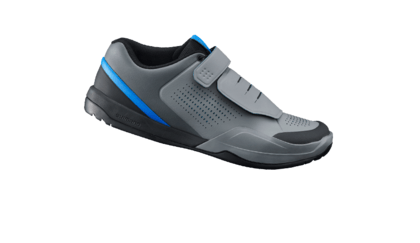 Totally relaunched at the Fort William World Cup this year, Shimano finally turned their attention towards some decent flat pedal shoes by slimming down and waterproofing the AM9.

It’s still a weird-looking shoe, but it ticks all the boxes as far as traction and performance go. Shimano recommends they be used in conjunction with their own flat pedals, claiming that the Michelin rubber compound on the shoes grips better to the rubber on their pedals. 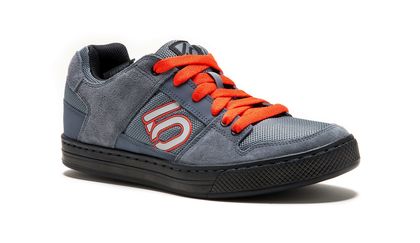 The benchmark for flat pedal shoes, especially where grip is concerned, the Five Ten Freerider is the most commonly seen flat pedal shoe on the World Cup circuit. With many years of mountain bike shoe designs behind them, the new Freerider range offers superior grip, rigidity and feel on the pedals.

Top tier component gruppos like Shimano's XTR may be the best of the best but with their heavy price tags we ask: is it even worth it? READ MORE

RELATED ARTICLE:
Why an all mountain bike should be your next purchase

If you're finding yourself riding everything from XC to DH and even longer epic rides, there are hundreds of reasons why an all-mountain bike should be... READ MORE