Which accessory do you think is 2016's best so far? Vote Below!

There's some great new bike stuff on the market in 2016 that will help keep you safe, motivated, tech-savvy, and comfortable.

Check out these new accessories and decide which you think is the best of 2016 so far. Place your vote in our poll at the end of this article. 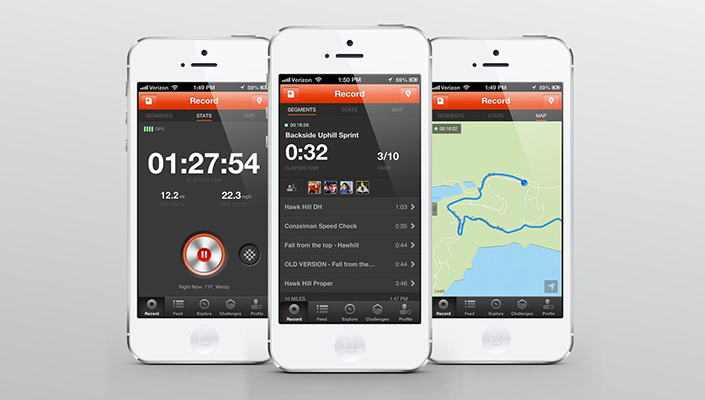 The Premium version of Strava has new features that make the cost well worth it.
image: strava.com

Technically Strava is not an accessory, but their recent tech developments have earned them top spot on our list. 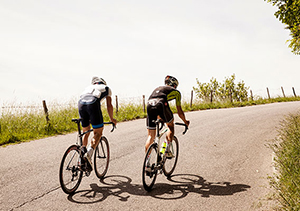 Strava Beacon is a fantastic, simple safety feature that's part of a Strava Premium subscription. Turn on Beacon before you ride and up to three nominated safety contacts are able to see your location on a map in real time. All you need is a smart phone, and once Beacon is started, it will send your location via a text message that contains a simple URL. The peace of mind that this provides is obvious - as a rider, you know your friends and family have your back, and on the flipside, your loved ones can breathe easy; if you're running a little late returning from your ride, they can easily check that you're tracking along safely.

Strava has partnered up with another cycling data powerhouse, Garmin, to bring us Strava Real-Time Segments, another benefit of a Strava Premium subscription. With it, your Garmin device can alert you as you approach the start of a Strava segment and once it has started. During the segment, you can nominate what you'd like to compete against. For example, you can set a specific goal for yourself up a particular climb or you can compete against a training partner or a rival that's slightly above you on the Strava leaderboard. You can also aim for a Personal Record or a KOM/QOM. The beauty of all this is that it's in real time, which is particularly handy if you're training alone, as it provides some genuine motivation to set a new PR or beat the guy that usually finishes just ahead of you on a really tough climb.

It's not only your own progress that you can track in real time: Strava Premium will now tell you, via your phone, which of your followers are out riding. Keep an eye on their progress, send them a motivating text (or some trash talk!), and check where they sit on the leaderboard. 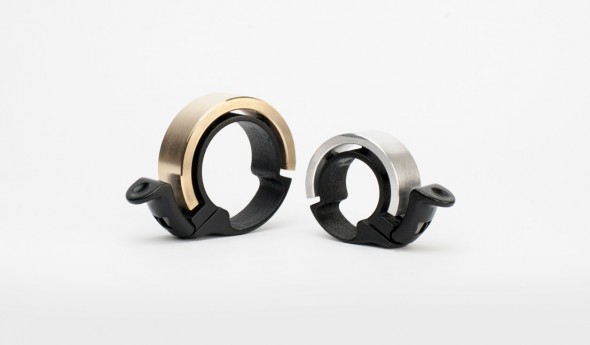 We here at BikeRoar are fans of good design, even if it's just a humble bike bell. You know it's got to be really good when we're including a bell in our Best Accessories list! Well, it really is. The Knog Oi is a bell that has done away with the traditional dome shape and instead is a hollow cylinder that simply clamps around the handlebar. They're available in two sizes, one to fit 31.8mm bars and a smaller 22.2mm version. There's no need to remove handlebar grips or anything else to get it to fit either, thanks to the Oi's single bolt split-clamp attachment.

It's available in five different finishes: aluminum, black aluminum, copper, brass, and titanium. It doesn't have the traditional "ding ding" of a regular bell, either - it plays a chord rather than a single note and sounds, according to the slightly zany Knog press release, "like an angel playing a glockenspiel." 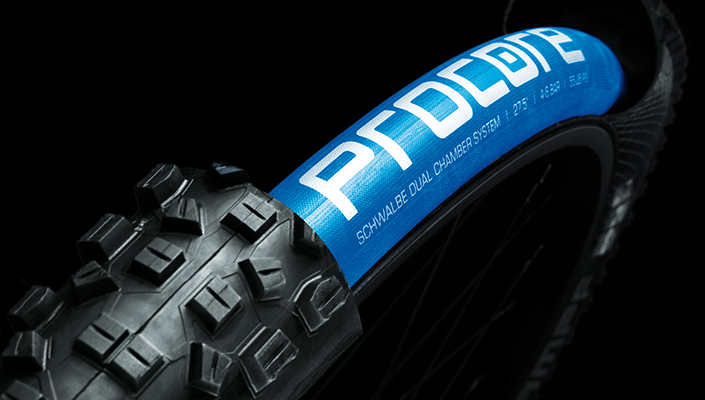 The Procore system has been well received.
image: schwalbe.com 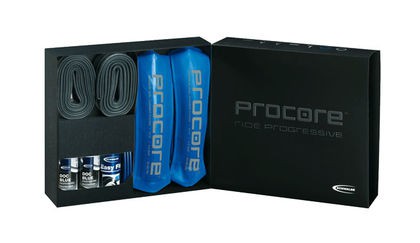 Schwalbe have turned the MTB tire and tube market on its head with this one. The ProCore system consists of a small-diameter tube and tire that is inserted inside of a conventional tubeless tire and pressurized to over 80psi. The insert acts as a secondary impact cushion and allows the rider to use much lower tire pressures (as low as 5psi) without being concerned with pinch flatting. The insert reportedly increases grip, reduces rolling resistance over rough terrain, protects the rim, and allows far more aggressive cornering. And once you get the hang of it, changing tires is relatively quick and easy, at least in comparison to the effort involved in changing a regular tubeless tire. Perhaps best of all, you can fit ProCore with any tubeless-ready MTB tires.

NOTE:
2016 was not the first year we were introduced to Procore - media outlets produced numerous reviews of the system in 2015. 2016 is however the first year we really started seeing ProCore used in the real world, by real people. It is for this reason that we included it in this list for 2016. 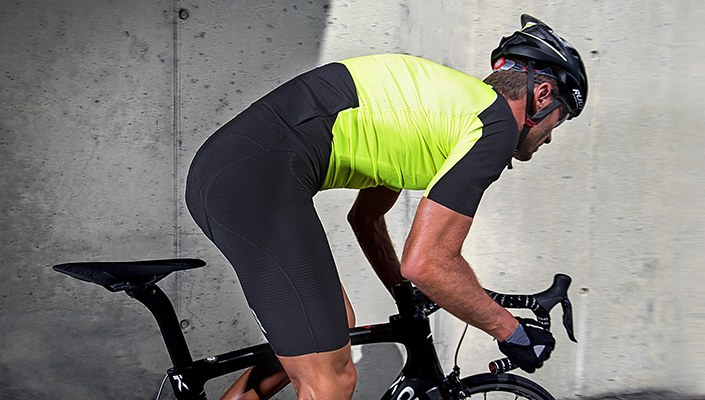 Giordana may have made the most comfortable bib shorts we've ever seen.
image: giordanacycling.com 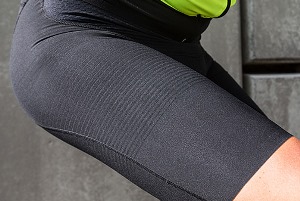 Italian sporting apparel manufacturer Giordana have recently completed building their new factory in Italy, and in conjunction with this have released their Next Generation NX-G bib shorts. These are high-end items, which is reflected on the price tag, but justifiably so: this is a seriously good kit.

The new 1on1™ Paneling System features one piece of fabric per leg, and a proprietary compression material introduced in the NX-G Bib Short provides progressive gradual compression for each section of the leg and glutes and an ergonomic and comfortable fit. This unique construction method also eliminates unnecessary seams, as the panels are thermo-bonded rather than stitched.

The proprietary Cirro S chamois is aloe vera infused for hygiene and comfort, and Giordana claim 99% of the aloe vera will be retained after 100 washes. It all sounds cool, but the ultimate test is how they feel when you're out riding - and they passed with flying colors. They're awesome!

RELATED: You Stink! How to eliminate odor in cycling clothes and gear 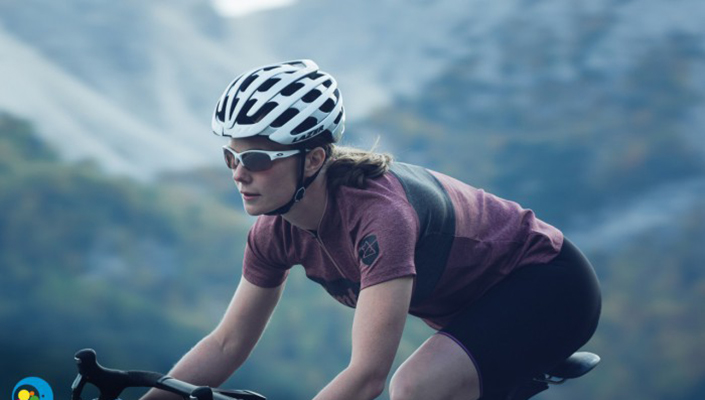 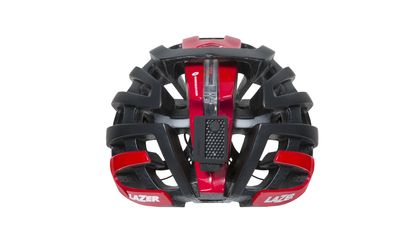 If you're forever forgetting to put on your heart-rate monitor chest strap, or you just find them uncomfortable, this is the helmet for you. The Lifebeam, based on the Lazer Genesis helmet, allows you to track your heart rate without a strap. An optical sensor unit sits snugly against your forehead - it reads your heart rate data, sends the information to a microcomputer at the rear of the helmet, and then, using ANT+ transmission, sends it to your Garmin or any other ANT+ device.

The rechargeable battery has a USB port and about 30 hours of life, and the helmet has the standard RollSys Retention System (the little wheel at the back of the helmet) to make sure it fits properly. After all, it's super cool that it can read your heart rate, but its main job is to protect your skull. 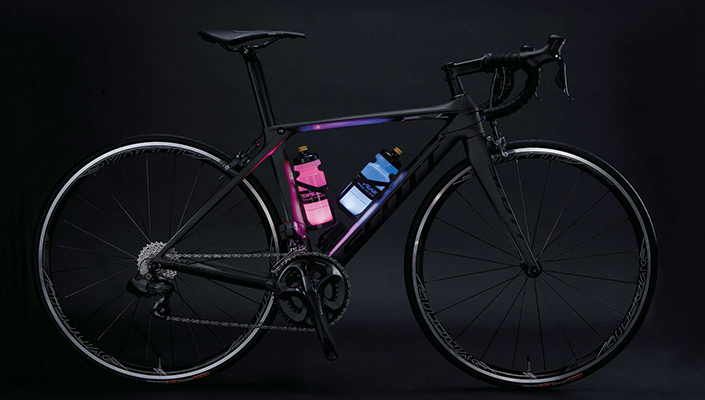 iGlow puts a new funky spin on safety: the iGlow Cage is a bicycle bottle holder with an RGB LED at the bottom, and when switched on, the light from the LED diffuses into the bottle, making it glow - like, really, really glow - in the dark. It can switch between five different colors: purple, blue, green, yellow and white. It can work in all colors statically, or by an intermittent flash, and it works way better when there is water in the bottle, as the water itself also appears to glow.

It's operated by a button on the left side of the base of the cage and is powered by two CR2032 batteries. Battery life is 100 hours on flashing mode. You can accessorize your bottle cage by adding iGlow front and rear fenders, saddle bags, and a mini-pump to your bike, too.

RELATED: How to shop for the right bike shop 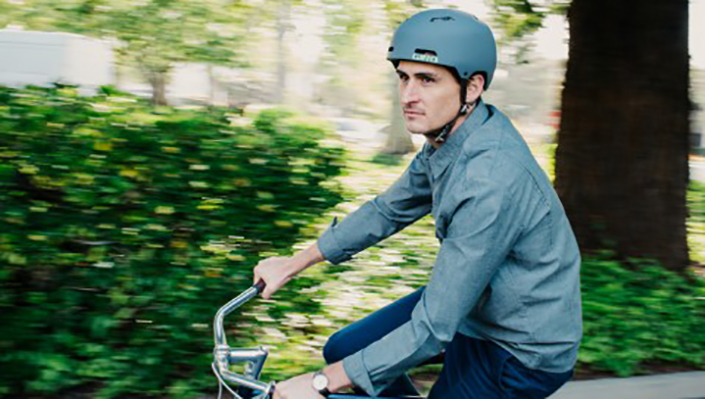 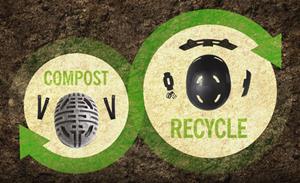 As cyclists we pride ourselves on being as friendly to the planet as we can. Our chosen method of transportation gives us a sense of pride in the fact we get around without using any fossil fuels. But what about our riding kit? Are there products available that use no fossil fuels in their manufacturing?

Giro have come to the eco-party with their new biodegradable Silo helmet made from plant biomass. The protective layer inside a helmet is typically made from expanded polystyrene (EPS) foam - the Silo's E-PLA plant-based liner performs as well as EPA when managing energy impact, but is totally biodegradable. Nice.

RELATED: MIPS Helmets: How do they work? Should you use one? 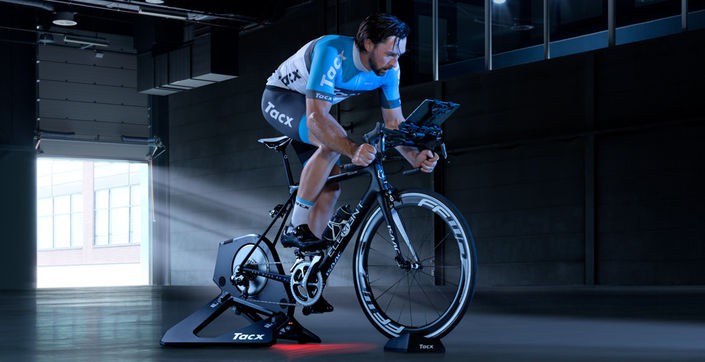 Not only is the Tacx T2800 a work of art, it is also packed full of smart features.
image: tacx.com

The NEO is the first trainer from Tacx that has direct drive rather than using a rear wheel - this means you take the rear wheel off your bike and mount the bike on the trainer, connecting it to an existing cassette and skewer. There's a couple of advantages with this system, the main one being noise reduction. The unit itself is virtually silent; obviously your chain and gears will still make some noise, but that's about it. Considering most of us buy trainers to use indoors, this silence is a real bonus.

The NEO also features Downhill Drive, which means that the unit will simulate what it feels like to actually ride hard down a hill, rather than simply coasting, which is what happens on most other trainers. The unit is big, heavy, and very sturdy, weighing in at 21kg/48lbs. It's ANT+ capable and broadcasts data on ANT+ and Bluetooth Smart for power, cadence and speed to any ANT+ device or smartphone app.

There are a lot of trainers out there, but this is one of the very best.

Which of these accessories is the best of 2016? Tell us with your vote below - VOTE NOW!

In the market for a new road ride but not sure what to buy?

BikeRoar has 6 best bets for road bikes from... READ MORE